I have a in ground spa that dropped down from the decking about 3 inches. There was a hard 1" plastic insert that broke apart when the spa dropped down the first time (see red arrow in photo). I few years ago, I tried to repair the gap by filling in with construction foam and silicone caulking, which did work for a few years. However, the silicone separated overtime, which may be from the spa dropping more and or the silicone loosing adhesion.

Everything I have found to read is about the upper decking gap and nothing about spas or pools dropping down from the concrete decking.

I am not sure what I should do. I suspect there is no permanent solution and may just have to put the foam back in and re-caulk it again?

I was thinking it may be possible to fill with some kind of flexible concrete product, assuming that exists?

I also was thinking I need so somehow put the ridged plastic strip back, but I am not sure how to attach it or where to buy it or if there is one that is wide enough, as the one that was installed was only 1"

Maybe there is a "coping" I can put into the gap?

I am certainly open to suggestions?

Thank you for your help.

Are there cracks in the spa? How can the spa drop without the pool dropping?

Post pics of the deck, pool and spa to understand your entire area.

You can fill the gap with foam backer rod and There are no cracks in the spa.
There is no pool, it is a stand alone spa.
I used a foam backer rod the first time I made the repair (sorry, I did not know it was called foam back rod, I called it construction foam) see photo of the foam piece on the top of the silicone piece that I pulled out.

The method of putting in the foam backer rod worked, but only for a couple of years, as it kind of popped out at the part in the spa where the gap was largest. Now I have to re-due it again and I am trying to find a more permanent solution. If that is the only solution, I guess I have no other choice.

Thank you for your response.

No solution is going to be permanent if the spa keeps dropping.

There are usually not those sort of gaps in new construction to need wide materials to cover it. I think to periodically repair it the way you have been is your best choice.
N

Okay, sorry for the delay in the photos, which I uploaded in my previous message. Please look at the plastic piece that the red arrow is pointing. It is a 1" x several feet long that was originally there. I think it is call a copping. I think if I just replaced that it would help, but I do not know what it is called. I assume it is a standard method for spa construction. It was broken in that section of the spa, which was why I used the backer rod. Can you tell me want that plastic piece is and where to get it or something similar? Also, how would I attached it.

I was told in the past that I can go over the existing silicone with more silicone, is that true. There is a lot of silicone, and I would prefer not removing it all.

@RDspaguy you ever deal with this?
R

No, I have not.
Does it hold water? I can't imagine it dropping that much from simple settling. Or that the pipes underground have been undamaged.
You can caulk over caulk as long as it is clean and dry.
Reactions: borjis 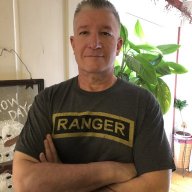 Just throwing this out there....would any of those "Flex Seal" products be appropriate for this?
N

Thank you for that @RDspaguy. Do you have any idea what the name of the 1" plastic strip the was originally installed called? I would like to find a piece to glue in.

Are you sure it is the spa sinking and not an expansive clay soil pushing up the deck?

Yeah I’m leaning in the direction that Rich is.
Looking at your photos, the section of rock wall in the back where it meets the spa. If your spa was in fact sinking, there would also be a gap at that rock wall/ tile section.
Can you give us some pictures of the area around the spa? Need to see if there is any slopping going on.
R

norwood451 said:
Thank you for that @RDspaguy. Do you have any idea what the name of the 1" plastic strip the was originally installed called? I would like to find a piece to glue in.
Click to expand...

I suspect that you are both correct in the it is not the spa that is sinking, but the deck has come up. The gap around the stones are the same as they were when I put the silicone in. It may be the the silicone just gave out or shrunk. However, the issue is still there and the section that is at is worst is in the closeup photo, as overtime it not only got separated by the tile, but it expanded out--probably because the gab is widest at that point and the foam back did not give it enough support.

I think the solution is to replace the original plastic strip in that section, which broke there and I removed it, but it is still in mostly okay on the other section of the spa, with a separation of about 3/8".

However, I do not know want the strip of plastic is called, so I do know what to look for to buy it. I think it may be some kind of plastic coping, but I have not found anything that looks like that is called copping.

What plastic products are used in that section of a spa between the gunite and the concrete deck?

norwood451 said:
However, the issue is still there
Click to expand...

But they say.. " what goes up, must come down". (well... Hopefully). I don't have much experience with that expansive clay however it stands to reason that if expands with moisture it should shrink without it, correct?

If you could find the source of the moisture expanding the clay perhaps you could stop it and dry it out and the deck might settle back in. My first suspicion would be the waterfall water has found its way under the deck. Or perhaps you have a plumbing leak. Just throwing a few ideas out there.. ¯\_(ツ)_/¯
J

Take a 4ft or longer level and check all around the spa deck. That will solve the up or down issue. Looks like the plastic cap was there from the time the cantilever was poured. The only advice I have is to either remove it all amd grout the joint with tile grout. Or remove amd replace by glueing in automotive trim molding. The 2md I've done a few times in pool stairs, theres many different sizes and shapes, I'd have to be there to recommend a type. My local body shop supply carries a few in white I match it up amd special order the color I need
Reactions: RDspaguy
You must log in or register to reply here.
Share:
Facebook Reddit Pinterest Tumblr WhatsApp Email Link