el duderino said:
I have been having a lot of sporadic issues with my Pi shutting down randomly and then corrupting the SD card. I think I isolated it to the POE adapter. My guess is it wasn’t providing adequate power. Just an FYI in case anyone else experiences same issue.
Click to expand... 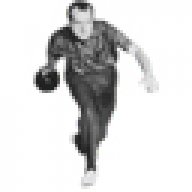 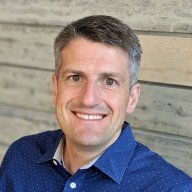 MyAZPool said:
@wgipe
Wes... Ah... Yea, I read the issue you posted on the Github repository. If you think that's bad, it's nothing compared to what I tried to do at first lol. I tried to use one of those USB microSD card adapters and inserted it in one of the USB ports on the Raspberry Pi. ... I didn't know the pi had the microSD card slot. I couldn't for the life of me figure out why the pi would not boot up until one of the other guys set me straight.

Welcome to the "dark" side and congratulations on earning the medal of freedom (from Pentair Servers) award. 🎖
You're really going to like being able to open up your pool automation dashPanel any time you want, without the concern that at any time the Pentair servers might drop off line or having to deal with all the other issues associated with that stupid web client.

When you have things configured, how about sharing some screen captures so we can all enjoy seeing your new dashPanel...
Thanks...
r.
Click to expand...

Thanks for the encouragement. Never did much with Linux/Unix, so this is a whole new language for me. Fun to learn, though.

Our pool was supposed to go in last fall, but the knucklehead who owns the company that manufactures the stainless walls has a little problem telling the truth, so the walls promised on Aug. 7 finally arrived on Dec. 17 (“next week”, every week, for four straight months). My poor PB is fit to be tied. Things worked out fine, as they always do, and I now have plenty of time to work on my equipment pad and also finish the interior of the pool house, which I hadn’t planned to do until this fall. Still have trim, a couple of windows, and my pad to finish up, and also a metal roof and vinyl siding to install on the exterior, but going to wait for warmer weather to tackle that.

I’ll definitely post some screen grabs and photos once I have it in more presentable shape.

Well, sure looks like you did your homework. I thought that maybe passive poe (not 802.3af compliant) might be the culprit here but that doesn't appear to be the case.
The splitter and especially the switch look to be solid and compliant.

Although I have always thought that PoE was a great idea with pi's, I only have experience using PoE with WAPs, VoIP phones and security cams. All of my pi's are powered via traditional power sources. I'm stumped.

Hopefully someone will come along that might offer up some alternative ideas on why this might be occurring.
Until you get this ironed out, periodic micro-SD card image backups are in order...
r.

Thanks, man! Can't wait for spring to be here.
Reactions: MyAZPool 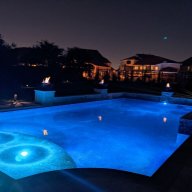 Question regarding this setup for someone more knowledgeable than me - I've got the serial adapter and the STP shielded ethernet cable, does it matter which wire pairs I use to carry the signal? IE should I use ethernet Orange + Orange/White wires (aka a wire pair in a single shield) for transmit and receive or should I use Orange and Green wires (aka single wires in two separate shields)?

My current thinking is the latter option with the transmit and receive wires isolated in their own shields.

rellumd said:
Question regarding this setup for someone more knowledgeable than me - I've got the serial adapter and the STP shielded ethernet cable, does it matter which wire pairs I use to carry the signal? IE should I use ethernet Orange + Orange/White wires (aka a wire pair in a single shield) for transmit and receive or should I use Orange and Green wires (aka single wires in two separate shields)?

My current thinking is the latter option with the transmit and receive wires isolated in their own shields.

@rellumd
First, I'm no more knowledgeable than anyone else who has done this or similar. That said, there are probably several methods in which to skin this cat (physically connecting the raspberry pi to your IntelliCenter RS-485 bus.)

This is how I chose to do it.
1. You don't need two single wires in separate shields. Heck I am running two different RS-485 connections on the same CAT5E. Just follow the directions from section 5 of the initial post here. Here is an excerpt. Bottom line is that it doesn't matter (or at least hasn't in my setup).

I considered various conductor / wire options for the connection but finally settled on a shielded Cat-5e while incorporating an RJ45 to Terminal Screw Adapter on both ends of the Cat5e.

The following diagram illustrates the connectivity method that I used to connect the RPi to the IntelliCenter RS-485 bus due to the fact that I utilized a Cat5e for the connection.

Just use these poyiccot RJ45 Screw Terminal adapters. If you are not utilizing a Serial COM Port Expansion Board, just connect to any RS485 terminal on the mother card (J4 or J5).

For those of us who aren’t nearly as fancy as @MyAZPool, you can also use thermostat wire. I had some extra shielding left from a similar project, so I just ran tstat wire inside this: 1/4" Tinned Copper Metal PET... https://www.amazon.com/dp/B06VYFGKKY?ref=ppx_pop_mob_ap_share and so far so good.
Reactions: MyAZPool and rellumd
J

Thanks to Michael McSharry attached are links to a poolController plugin for Homeseer home automation software, tested against both a Easytouch and Intellicenter system.

The attached document also contains all the MQTT and PUT commands discovered in creating the program.

One of the new and very cool improvements to the dashPanel is the ability to customize which schedules are displayed on the dashPanel Home Screen.

Many thanks to @rstrouse and @tagyoureit for their continued support and improvements to these controllers.
r.

Edit. Also for those *Touch users, please see the following link for a message regarding switching over from the njspC-webClient to nodejspC-dashPanel.

Hoping for some help getting dashPanel setup.
I have attempted to get it running in a container, to marginal success. The UI shows up, but it gives 404 errors when trying to load the font-awesome all.css file, which means that the UI is kinda broken with some icons missing and in some cases elements overlapping.

I'm using a dockerfile that I modified from the poolController file. As you can see it launches and I can even control the pool from the interface, it's just a bit inconsistent without the formatting and icons from the CSS.

I was hoping someone might have an idea of what I could do to fix the issue.

@rellumd
Mine is setup differently so I can't really help. I tried using docker containers when I was configuring my Grafana setup but I had a heck of a time with docker, so I just ended up installing Grafana on my mac pro. However, I'm sure the developers would be able to help you out..

I recommend that you submit an "issue" on the dashPanel repo site. Just copy and paste what you wrote in the post above into the "issue" and post.
Here is the link. Just click the green "New Issue" button. I have no doubt that they will be able to assist you and get you squared away. 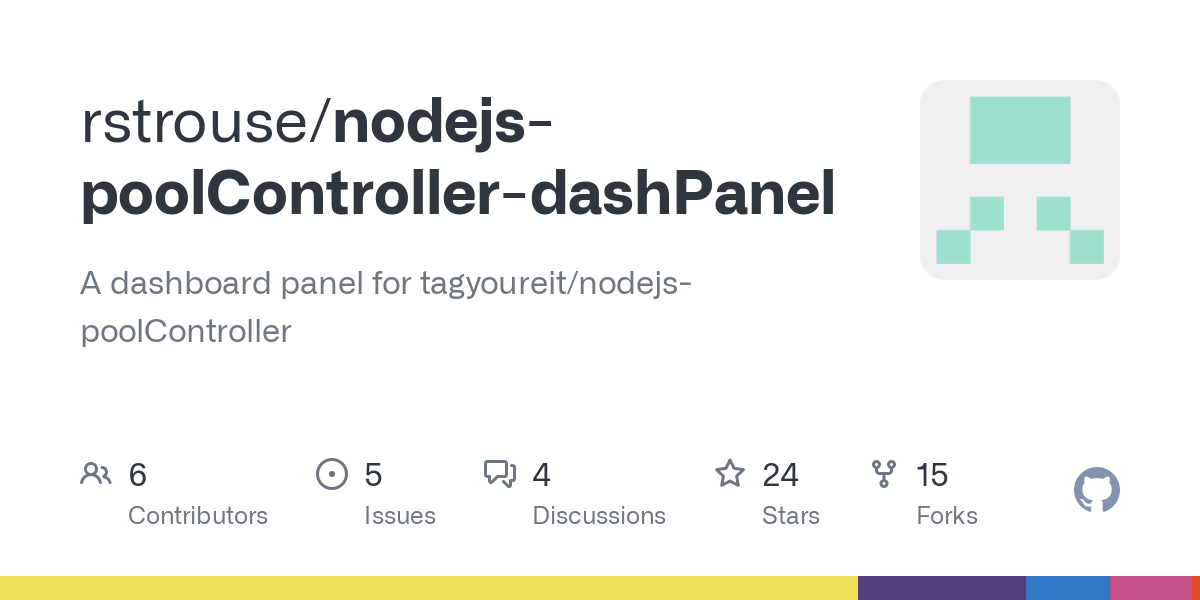 Not a docker user but you need to do an npm install from the dashPanel directory. The support files for font-awesome are most likely not there in the node-modules directory.
Reactions: rellumd and MyAZPool
R

I moved the fontawesome dependency so that it will be pushed to the standard build. Pull the changes from dashPanel and give it another go.
Reactions: cmc0619 and rellumd

@rstrouse Awesome! thanks for the quick fix, that seems to have been the solution. 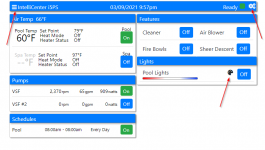 Does this setup with the Raspberry PI allow for the Pentair app to still be used?

I got the PI all configured and was able to connect. But now when my wife opens the old Pentair Intellicenter app, the Local System option is gone

@Peterazdig
Yea, I can't ever recall where I have ever had njspc/dashPanel interfere with the mobile app or the IntelliCenter web-client.
But other than just going to the mobile app or web-client to grab a screen capture to assist someone else who is not using njspc-dashPanel, I frankly don't use them.
I can pull up dashPanel on my iPhone or iPad, so there is really no good reason to use the mobile app when connected to your local network.

Now before my njspc days, I had the same thing happen to me on a few occasions. I believe that I solved the issue by uninstalling the Pentair mobile app and reinstalling in order to get the "connect local" feature back.
Thanks...
r.
Reactions: Charelston40
S

Peterazdig said:
Does this setup with the Raspberry PI allow for the Pentair app to still be used?

I got the PI all configured and was able to connect. But now when my wife opens the old Pentair Intellicenter app, the Local System option is gone
Click to expand...

Maybe your wife's device wasn't actually on your local network at the time. I jump around networks all the time and sometimes my phone sticks on a wifi connection that isn't local and I don't get the local option.
Reactions: MyAZPool

Everything Else Jun 2, 2022
rstrouse
R
J
Help with Raspberry Pi

Everything Else Monday at 3:04 PM
mknauss

Automation on a budget

Everything Else Jun 9, 2022
Rancho Cost-a-Lotta