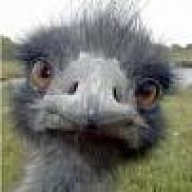 As has been mentioned, I've seen the most benefit from indoor installations. In 10 years I've met two customers who were able to detect that their ozonators had gone out based on water clarity (not counting the folks who notice the UV light has gone out). One was an indoor pool that immediately began to build up chloramines, the other was a hot tub that was being used with no other sanitation until I took it over.

Most ozonators, particularly CD units, are dead in three years. If they were any sort of panacea for water quality the demand from hot tub owners for replacements would be deafening. Instead, when informed that their ozonators are no longer working or are faulting, most opt to just disconnect the unit and carry on.

I have nothing against them. I think they make more of a difference than than most ionizers, UV sanitizers, etc. on the market, but the cost/benefit for standard outdoor pool installation just doesn't add up.

I also want to add that the circ pump in the Del units is a VERY small pump and while it is helpful for chemical purposes it does nothing for filtration or circulation and should not be factored into any turnover calculations. Not that anyone said it should, but just want to be clear.
G

learthur said:
It also increased my ORP.
Click to expand...

Of course it did! Ozone is an oxidizer and adding more oxidizer to the water is going to increase the oxidation potential! IF it didn't increase the ORP reading then there is a problem somewhere with the ozonator!
Just don't get me started on ORP readings correlating to properly sanitized water! 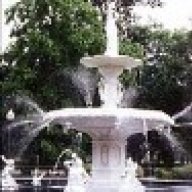 I should have edited my previous post to imply that ozone was pretty ineffective by itself...in place of other sanitizers. It should, indeed, enhance any other sanitizer in use. :-D
S

ozone is Ok (not great, but ok) for small volumes of water with high turnover and low number of people, like home spa

My experience with my test pool is that the ozone unit resulted in an overall reduced USE of chlorine.

My impression was that yes the ozone destroyed some chlorine, but it was a minority fraction and more than made up for it by allowing reduced chlorine levels to maintain the same ORP number.

I agree, ozone is expensive for what it provides.
Ozone is not for everyone.

learthur said:
more than made up for it by allowing reduced chlorine levels to maintain the same ORP number
Click to expand...

Ozone affects the ORP reading, without providing any residual sanitation in the bulk pool water. The ORP set point needs to be re-calibrated to FC levels in the pool water as determined by a test kit when using ozone.
T

I think this is a very good thread. I'm bumping it because of that.

I'm getting a pool built, my builder includes a paramount Clear03 as standard equipment. I know I'm being charged for it anyway, but it's not a line item, and removing it wasn't going to save me any money. Bottom line, he says he won't build a pool without one. He's also reluctant to build a pool with a SWG... will do it if that's what the customer wants, but won't if there's a substantial amount of flagstone.

I'll have a substantial amount of flagstone, so he won't install it for me.

Anyway, my pool should be ready to go in a few weeks.. probably won't get to swim for another couple of months. I plan on going BBB, hoping the maintenance would be as "easy" as you guys have been saying. So I'll monitor chlorine usage, & keep you guys updated.
L

I have both. The SWG is essential. The ozone is a luxury.
Ozone helps with high bather loads, hot tubs, covered pool water or indoor pool water. 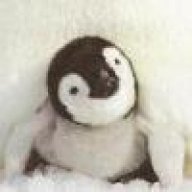 JasonLion said:
Ozone affects the ORP reading, without providing any residual sanitation in the bulk pool water...
Click to expand...

Not entirely accurate. While the pump is running, O3 is being injected into the water (on mine, it's at the pump, before the filter). O3 has a fairly short life span, but any O3 that isn't used makes it into the pool itself. I have an in-floor cleaning system and as it cycles through the heads, I can see small amounts of O3 (bubbles) entering the pool. So the O3 does mix with the bulk of the pool water, and reaches probably every square inch of pool surface as well.

My water is so clear I can see the orientation of the phillips head screws on the drain covers (at 8 ft deep).

JasonLion said:
Ozone affects the ORP reading, without providing any residual sanitation in the bulk pool water...
Click to expand...

Not entirely accurate. While the pump is running, O3 is being injected into the water (on mine, it's at the pump, before the filter). O3 has a fairly short life span, but any O3 that isn't used makes it into the pool itself. I have an in-floor cleaning system and as it cycles through the heads, I can see small amounts of O3 (bubbles) entering the pool. So the O3 does mix with the bulk of the pool water, and reaches probably every square inch of pool surface as well.

My water is so clear I can see the orientation of the phillips head screws on the drain covers (at 8 ft deep).
Click to expand...

I hope you aren't getting much ozone in the pool. It is a poisonous gas that doesn't stay dissolved in water like chlorine does, and if it reaches the pool in quantities sufficient to act as a residual sanitizer, off-gassing of ozone would create a significant health risk.

It's barely supplying any at low speed. The ball in the flow meter doesn't even move. But I can still see the occasional bubbles coming into the pool.

The residual of O3 is oxygen.
C

What happens is that air gets drawn in, zapped (either by corona discharge or by UV) to create some ozone from the oxygen in the air, and the combo gets injected into the water. The ozone will get used up quickly, but the oxygen gas remains so you will ALWAYS see bubbles when the ozonator is on and it is almost all oxygen gas [EDIT] I mean air, which is mostly nitrogen and oxygen [END-EDIT], not ozone. Seeing bubbles means nothing except that the air pump for the ozonator is working.

Ozone doesn't break down on its own for about 15-20 minutes. Ozone is indeed getting into the pool. Also, not nearly as dangerous to humans as some may think

See Chemistries of Ozone for Municipal Pool and Spa Water Treatment. Though about half of the ozone decomposes in around 10 minutes (at pH 8) mostly to hydroxyl radicals that are very short-lived, such a relatively small amount dispersed into the bulk pool water will not be significant since it gets diluted so readily. It absolutely positively does not provide enough of a residual in the water for disinfection. And it is still true that the bubbles you are seeing are mostly air and not ozone -- the quantity of ozone is very small.

Even Del-Ozone in this presentation states on slide 9

A small residual (~0.1 ppm) of dissolved ozone will enter the pool, providing further oxidation of contaminants.
Click to expand...

where 0.1 ppm entering the pool will get diluted WAY down, but on slide 12 they state

Ozone's role is actually as the primary sanitizer, but maintaining an ozone residual in the pool that is high enough to ensure continuous in-pool protection from bather-to-bather cross-contamination can be expensive; and present the risk of ozone off-gas
Click to expand...

We've had reports from pool owners who had ozone and thought they could use a lower chlorine level in their pools and ended up getting algae because their FC/CYA level was too low. Outdoor residential pools have too low a bather load for secondary oxidation to be needed and since ozone can't provide sufficient residual on its own and since chlorine (and the hydroxyl radicals that come from breakdown of chlorine from sunlight) are enough to oxidize bather waste, ozone is superfluous. For high bather-load commercial/public pools/spas or for frequently used residential spas, ozone can be helpful for secondary oxidation (and disinfection for Crypto).

Any of the studies, presentations, white papers Ive read indicate that ozone isn't going to effect the chlorine

Slide 44
* Ozone's reaction with chlorine is minimal
* Ozone will break down chloramines
* Ozone provides the main oxidation and disinfection in the pool while chlorine provides a chemical residual Ideal chlorine residual is 0.3-1.0 ppm
(although in reality, I feel chlorine is probably the primary sanatizer in the pool since it is in the water 24x7 and the ozone is a supplemental sanatizer, but is the primary disinfectant)


Slide 46
* Ozone's reaction with free available chlorine (FAC) is very slow and in a pool will not affect the FAC levels; only chloramine destruction

Just cuz there is no measurable chlorine loss (from my overnight test), this doesn't mean there is no O3 being introduced into the bulk water.
C

Go to poolandspaforum.com to see the difference in chlorine demand with those who have ozonators and those who have not as well as those who disconnected them to see the difference. It's an absolutely real effect and known chemistry in the link I gave to you already as well as Kinetics and products of the Reactions of Ozone with Various forms of Chlorine and Bromine in Water. Ozone reacts specifically with hypochlorite ion. The paper shows the loss rate as (98 M-1s-1)*[OCl-]*[O3]. When the FC is around 10% of the CYA level and the pH is near 7.5, the [OCl-] is around 6.3x10-7 so the presence of CYA helps a lot to reduce the rate of chlorine loss. Figure 2 in that paper shows the half-life of chlorine in the presence of ozone and is about 2 minutes when ozone concentration is 5 mg/L, but that's with no CYA in the water. The chlorine loss is mostly from the higher ozone concentration where it is injected (i.e. the contact chamber); the loss from any residual would be negligible. Del Ozone Eclipse is 450-1350 ppm ozone which is 0.0094 to 0.028 M so the chlorine loss rate is 5.8x10-7 to 1.7x10-6 M/sec or 0.04 to 0.12 ppm FC per second. The total loss depends on how long there is chlorine and ozone contact at this concentration. I suspect that the ozone concentrations quoted are not actually what get dissolved into the water.

Anyway, go ahead and put some fertilizer into your pool and stop using chlorine and then tell us how the ozone residual is doing at preventing algae growth. Well, OK, don't do that because it's not sanitary, but if it's the end of the season and you aren't using the pool anymore you can experiment to see for yourself.
You must log in or register to reply here.
Share:
Facebook Reddit Pinterest Tumblr WhatsApp Email Link
Top Bottom