I like my liquidator, it makes BBB super easy.

It is true that you want to keep away sunlight, not only for preventing a temperature rise, but also to make sure that none of the liquid gets exposed to UV. So having some sort of shield makes sense, but diluting the chlorine is the key.

here are the pics as I promised

and finally the beautiful sparkling pool, and thank you Chem geek for helping me on the other forum to solve my algae problem and directing me to the Liquidator 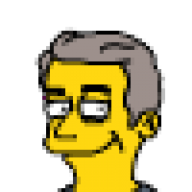 I don't understand why you want to dilute the CL. If the CL sits on the bottom of the Liquidator and the rest of the container is filled with pool water, why doesn't the CL mix. I thought the CL mixes with the top layer of water and then the suction from the pump sucks that top portion. The water that leaves the bucket is drawn back in to the liquidator when the water level goes below the float.

Help me understand this. Scenario- 12hr pump run, 60 gal per min rate. The Liquidator setting is on the lowest setting. If I fill up the bottom half with 4 gals of 10.5 % CL and lets say the top half is 4 gals of pool water. At what rate or % is the CL that is getting sucked into the pump? I would imagine that when the pump is off, that top water is getting saturated with CL at a faster rate because no new water is coming in. The longer the CL sits in the container, does the strength get weaker at the bottom and the top portion has a larger CL level?

This is what it states on the HASA website, "At the point in the tank where the two liquids meet, the molecules of pure chlorine are absorbed from the heavier liquid below into the lighter pool water above, then sent back to the pool through the suction line." The pure molecules (does this mean it does not matter what the % of CL is at the bottom?)

It also states, "Because the liquid chlorine is heavier than the water, it remains at the bottom of the tank, esentially forming two layers of liquid - the heavier chlorine compound at the bottom and the lighter pool water on the top. With the chlorine under a bed of pool water, most of the odors associated with the cuse of these chemicals is eliminated." Does this mean that in a regular bleach bottle the heavier CL sinks? If so, that implies that we should shake the bottles of regular bleach to mix the heavier CL with the rest of the liquid.
C

The chlorine is introduced from the bottom up in The Liquidator -- when you add more chlorine you do so via a tube entry point that is near the bottom of the container. The pool water is introduced on the top. The two layers do not mix if carefully and slowly added -- turbulence in the container is kept to a minimum -- so the chlorine on the bottom remains at high concentration, but only because there is continual water flow in the top layer.

If you were to leave a container of chlorine (bleach or chlorinating liquid) still for a long time, then a small gradient of chlorine with slightly higher concentration on the bottom and slightly lower on the top would result from gravity, but normal diffusion (Brownian motion) will keep things relatively well mixed up so this difference is not noticeable across the relatively small size of the container. This isn't like oil and water where the two substances aren't attracted to each other -- water and chlorine ARE dissolved in one another and that is the lowest energy state. The reason that the Liquidator works as it does is that you do not let things sit and diffuse. If you stopped the flow into and out of The Liquidator, the chlorine on the bottom would eventually diffuse into the pool water on top until you had a container full of diluted chlorine (in fact, you can do such an experiment with bleach or chlorinating liquid in a clear container and then very slowly adding water along the side from the top and then seeing how long these two layers take to mix). Instead, The Liquidator is constantly having pool water flow into the top layer on one side and out of the top layer at the other side. This continually dilutes any "excess" chlorine in the water layer.

What is interesting is that the rate of chlorine introduction should mostly be dependent on the rate of chlorine going from the chlorine layer to the water layer so the fact that changing the flow rate makes a difference probably means that the flow rate affects the average chlorine concentration in the upper layer. If the flow rate is slowed down, then that concentration becomes higher and that will slow down the diffusion a little at the boundary. If the flow rate is faster, then that concentration becomes lower and that will speed up the diffusion a little at the boundary. It might be interesting to sample and test the chlorine level of the water in the upper layer -- it should be higher than that of the pool water but lower than that of the chlorine layer, but I don't know by how much.

Another interesting thing that happens in The Liquidator is that the chlorine apparently diffuses across the boundary faster than the salt so the lower layer becomes saltier over time, even precipitating salt (according to their documentation). I'm not sure why that occurs, but perhaps the salt has a greater affinity for being near chlorine than it does being near water. The salt water is denser than non-salt water, but that still wouldn't explain how the lower layer can get so concentrated as to precipitate salt unless there was some sort of affinity (lower energy state) difference.

I also purchased a Liquidator after reading the posts on this and another site. I have removed it now for the cold months, but while in use during the month of October it worked great. I spent a few days getting the flow adjusted to regulate the CL level and when that was accomplished no other adjustments were required. I do like your idea of the sun shield or cover and I will copy that with your permission.


stage759 said:
I also purchased a Liquidator after reading the posts on this and another site. I have removed it now for the cold months, but while in use during the month of October it worked great. I spent a few days getting the flow adjusted to regulate the CL level and when that was accomplished no other adjustments were required. I do like your idea of the sun shield or cover and I will copy that with your permission.

Thanks for the pictures. I intend to purchase one of these and was concerned about the chlorine being out in the sun. I will copy this box also, thanks for sharing.
D

Thanks for the pics.

How often are you refilling the liquidator during the warm months?
M

I really have to get myself one of these! 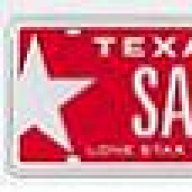 dlsdo said:
I really have to get myself one of these!
Click to expand...

Where did you guys order yours from?

I called Hasa direct and they told me to contact their distributers ( which are mostly in CA) and they ranged in price from $159 to $199 + shipping. I've read that they go for $129. Any one has any clue?
H

Here's the link. I bought mine from them also:

Has anyone had their unit through a winter yet? How did it hold up? Did you have to do any thing differant to ensure there was no failures on the unit?

I live in South Carolina where it does freeze, I keep my pool open and on a freeze timer for the cold months. According to
Hasa, the Liquidator should be removed if there is any danger of freezing. I removed it for the winter.

How do you cap the two openings when you remove the Liquidator?
K

I just took my liquidator offline the other day and cleaned it out and stored it for the winter. I just connected the two hoses together so that the output goes right back into the input side. Very easy.
S

Sorry to ask but could you take a picture? I am holding off on installing my unit until spring but I will need to follow your example next year.

I took my liquidator off line about three weeks before closing. I cleaned the container and stored it lines and all. I plugged the tube jets with vacuum caps that you can by at napa for about 2 bucks. At this point I was able to restart my pump and run it until I closed the pool. Pool is closed and now its time for the Christmas lights.
Cheers to all
Ric W.

Got a few liquidator questions........set me straight please

1) As the level of CL drops in the unit does the concentration delivered to the pool change? In other words are you constantly needing to adjust the chlorine output from the liquidator as time passes?

2) When the CL runs out and you need to refill the liquidator.... the container is now full of pool water. How do you refill with the full 4 gallons of CL when the container is already full with pool water? Are you only able to add alittle bleach at a time? This would seem to defeat the purpose of the unit.

3) Metered CL is being fed into the pool pump then pool filter then heater before it gets diluted in the pool. Isn't this higher concentration of CL corrosive to the heater?

4) Has anyone considered getting the 8 gallon unit? I figure you don't have to place all 8 gallons of CL. You would be refilling the unit even more infrequently than the 4 gallon version. Or would you worry about potency loss?
You must log in or register to reply here.
Share:
Facebook Reddit Pinterest Tumblr WhatsApp Email Link