How much do you trust pool maintenance services at vacation pools?

We rented a house at Myrtle beach with a pool and attached hot tub. I checked the skimmer baskets (there are 4 of them) and each one had large chlorine pucks; three baskets had 1 puck and one of them had 4.

We have a large gaggle of very young kids and I was guessing the pool guy dumped more than needed for no reason other than human nature assumptions so I took 3 of the four large pucks out of the last basket.

This morning I saw pool guys wrapping up. Headed out and each basket now has a fresh puck in it (the old ones were almost depleted) and the basket that I took a few out of had the old pucks I removed as well as a bunch of new ones.

I'm assuming pool guys care more about maintaining crystal clarity even at the expense of overchlorinating. Is this a bad assumption? I'm tempted to take some of these enormous chlorine pucks out but without my test kit (mental note, ALWAYS bring test kit along) I have no way of proving it.

The odds of that being overchlorinated with that many pucks and the inherent CYA levels they produce is pretty slim I think. They didn't just start that process yesterday!

At least you found CL in the pool. I rented a house in Palm Springs for a month. It had a seperate spa and pool. While the water was clear I did not get any feel of CL in the water. I went to Leslies and bought a basic test kit. Sure enough, 0 CL and high PH. I called the owner who first told me the pool service comes weekly and the water is clear. After some discussion, he got the pool service to come over. I chatted with the guy when he came over and for at least the month I was there the pool was serviced and I double checked with my test kit.

I would not trust any pool service to maintain a pool in a rental house the way we do it here. 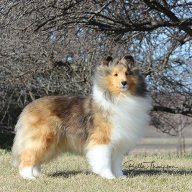 Until I became a pool owner and a member here, I would have never given it a second thought. I survived over 50 years of ignorance somehow.
J

Id swim in that before I swam in a pool that I saw had a stenner pump without me being able to test it. As another member posted the chances of going out of range with the pucks adding both FC and CYA are slim.
C

Thanks for the peace of mind. Being a SWG pool owner I had no idea those pucks had both Chlorine and CYA in them. I decided to let them be and am hoping all is well!
You must log in or register to reply here.
Share:
Facebook Reddit Pinterest Tumblr WhatsApp Email Link

Too much water loss? Possible leak?

How Much Does My Heater Cost To Run