How long before 3" trichlor tab disolves?

Anyone know about how long it takes for a 3" trichlor tab to disolve in a floating dispenser? I will use them when going on vacation and need to do some calculating.

It varies a great deal, depending on the specific dispenser, the water temperature, how much water movement there is, etc. So not at all easy to calculate.
C

Dispensers also have settable vanes. In my pool 10 years ago when I used Trichlor before I new better, the 3" 8-ounce tablets needed replenishing after around 5 days. They wouldn't be gone by then, but would be down small enough that they wouldn't put out enough chlorine fast enough. However, as Jason says, it really depends on a lot of factors. It's probably the case that for most dispensers it's roughly somewhere between 3 and 7 days. You generally can't go much longer than a week with a dispenser. Adding more tablets just has greater output, unless some are out of the water and drop down as others get used up. Others should chime in since perhaps there are dispensers where the tablets dissolve more slowly.
E

Thanks for the replies. I think I will put one in a floater and see about how long it will take.
R

easttn said:
Thanks for the replies. I think I will put one in a floater and see about how long it will take.
Click to expand...

As stated, I'm sure it varies greatly, but I put four floaters in a pool which started with 0 CYA, and it took at least a week for the 5 or 6 3" tablets inside to be small enough to warrant replenishment.

NOTE: That fourth sun-beat-up floater was temporarily pulled from the trash as an emergency replacement in order to get the CYA levels up. 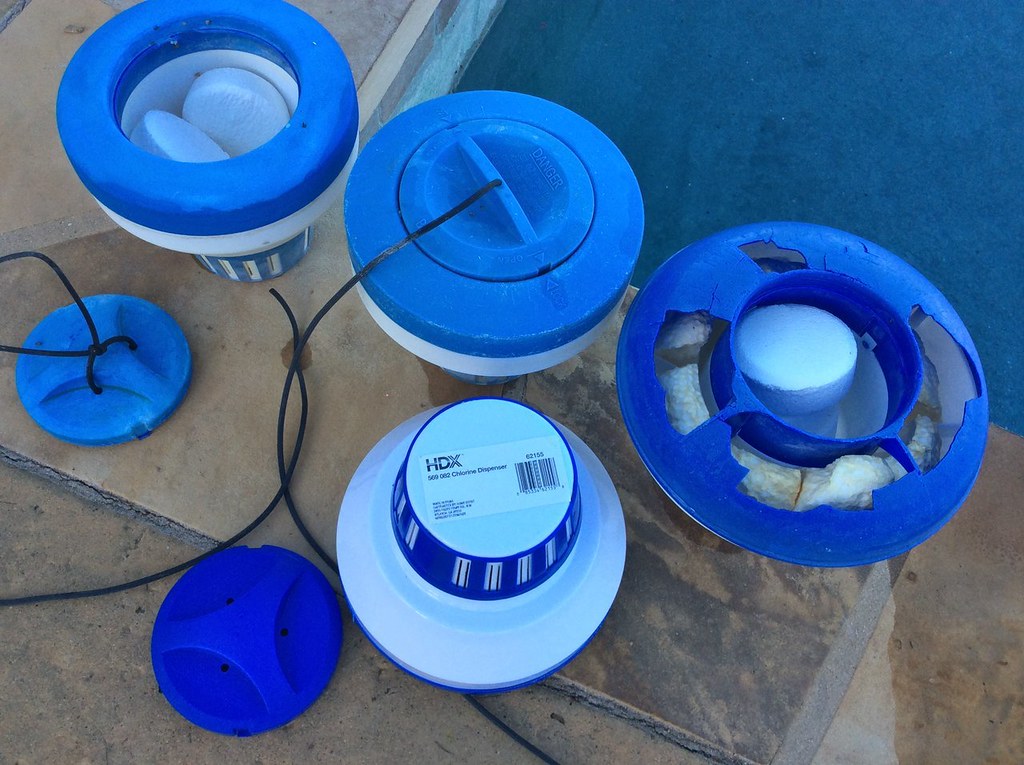 I put one in a floater sunday around noon with the vanes set all the way open and it doesnt appear that much has dissolved. I layed the tablet flat and the floater is away from the return where it will dissolve slower. It looks like it may last a week but too early to tell.

Going on a long vacation, But what about the pool?

Adding miuratic acid while there is chlorine tablets