I have a new variable speed Hayward Superpump and new FNS plus DE filter. I’m seeing what I believe is DE settling in the pool bottom and curious if the low running speed of the variable pump has caused some issue that makes DE eventually return to the pool. I can feel it and it has a grainy texture like DE. I was very careful when charging to make a slurry of only 3.5 lbs by weight (weighed it) and have pump at high speed for about 30 min while doing it. A few weeks in, there was DE on the floor which I vacuumed it up with MP valve on filter but it returned within a week.

I previously had and issue with my single speed pump and old filter (same 36ftsq size) which was caused by too much DE. Is there a possibility of continuous operation at low speed (1700rpm) causing the DE to slough off the grids or leak through the grids?

Post pics of your new FNS filter and the MPV. Did you get the proper MPV for your new filter?

Running your pump at low RPM should not affect your DE filter.

I have two pools with DE filters. Both have IntelliFlo VS pumps running at about 1200 rpm, and I have never had DE get into the pool.. Well, unless it was my fault.

Something may be wrong, but it is not because your pump is running at too low of a speed.

If it happened shortly after the initial power up of new pump and filter then it just may be residual in pipes from old system .
P

ajw22 said:
Post pics of your new FNS filter and the MPV. Did you get the proper MPV for your new filter?

Running your pump at low RPM should not affect your DE filter.
Click to expand... 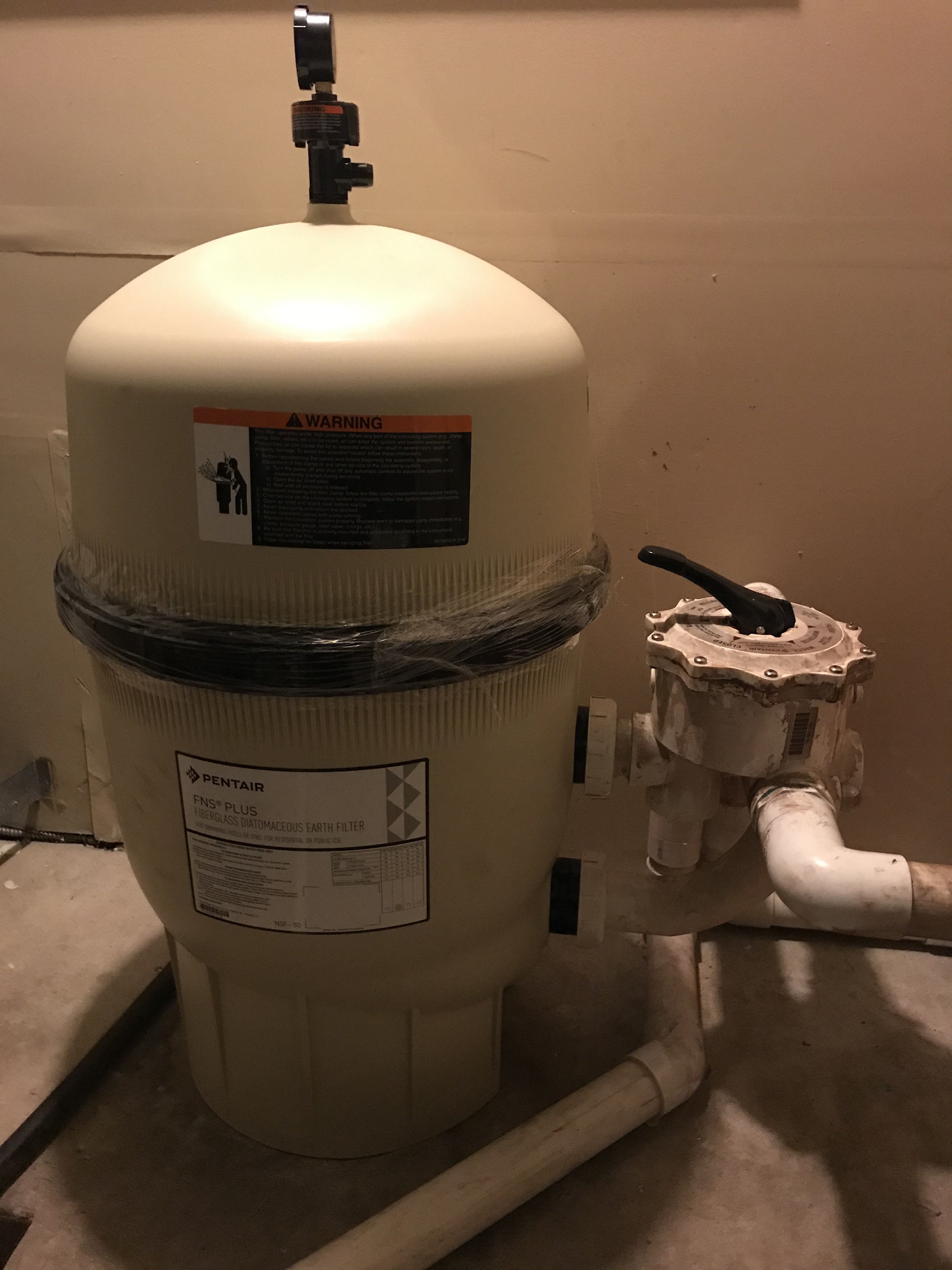 New FNS plus 36 with old FNS plus Pentair MPV 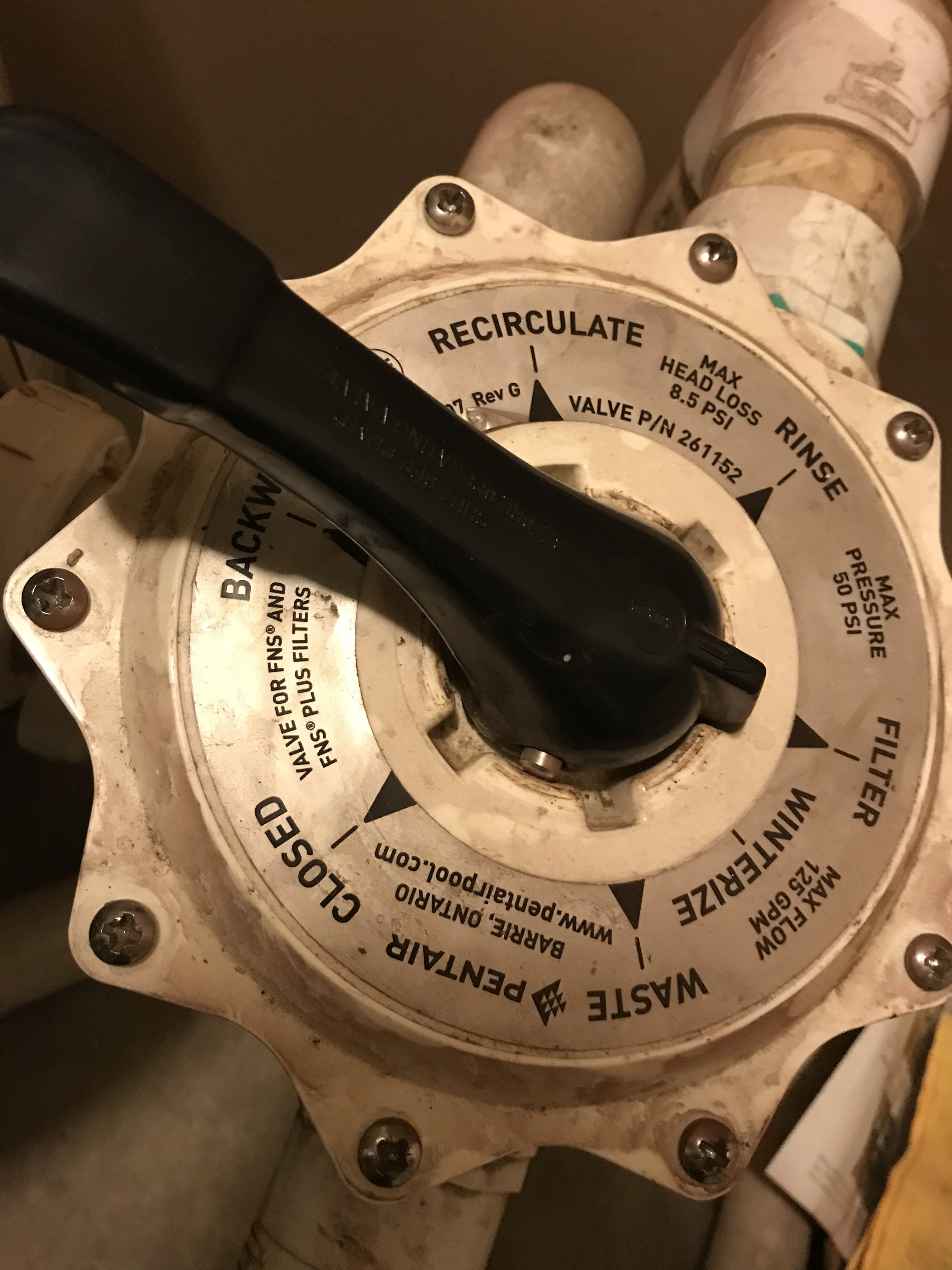 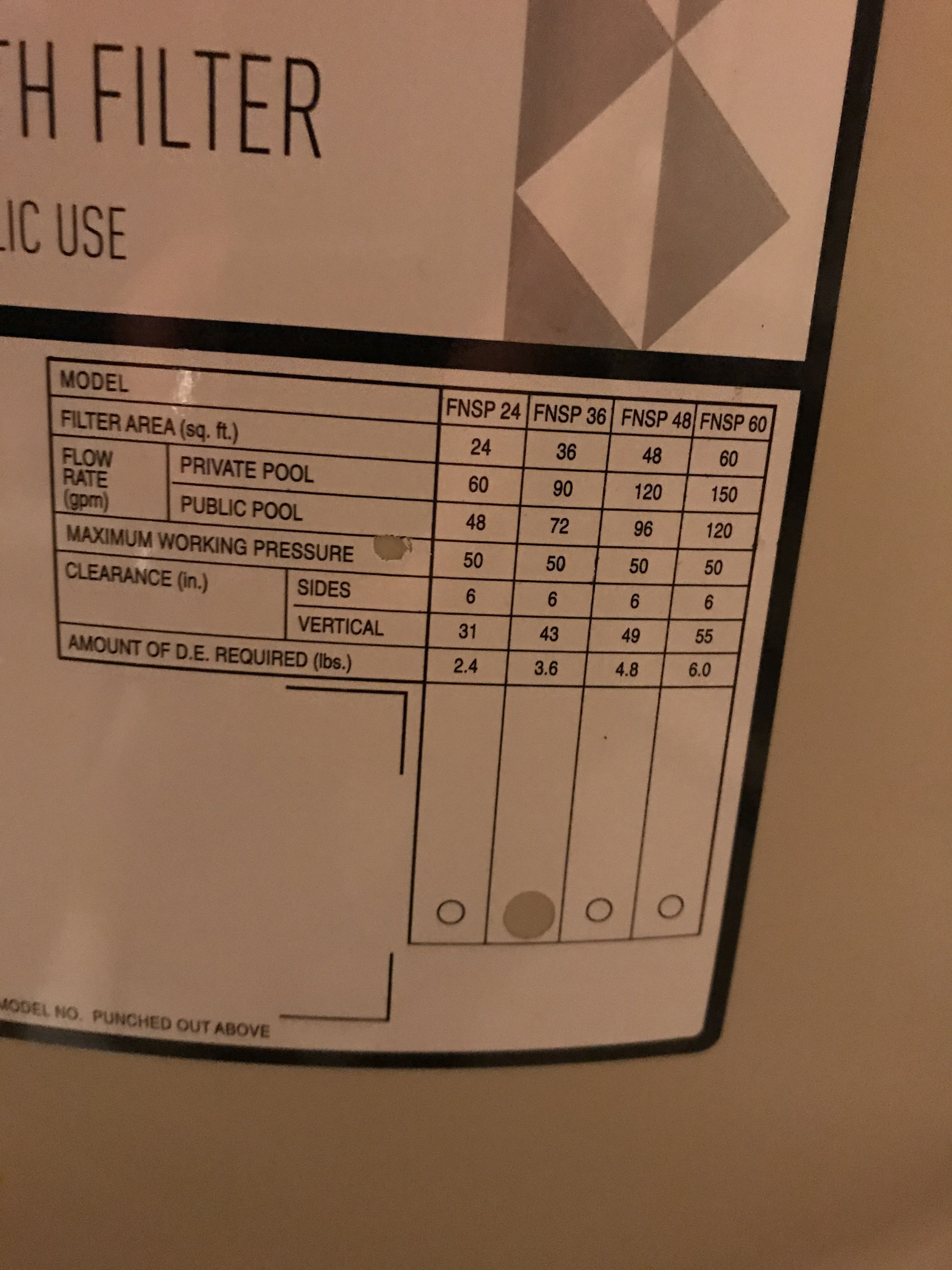 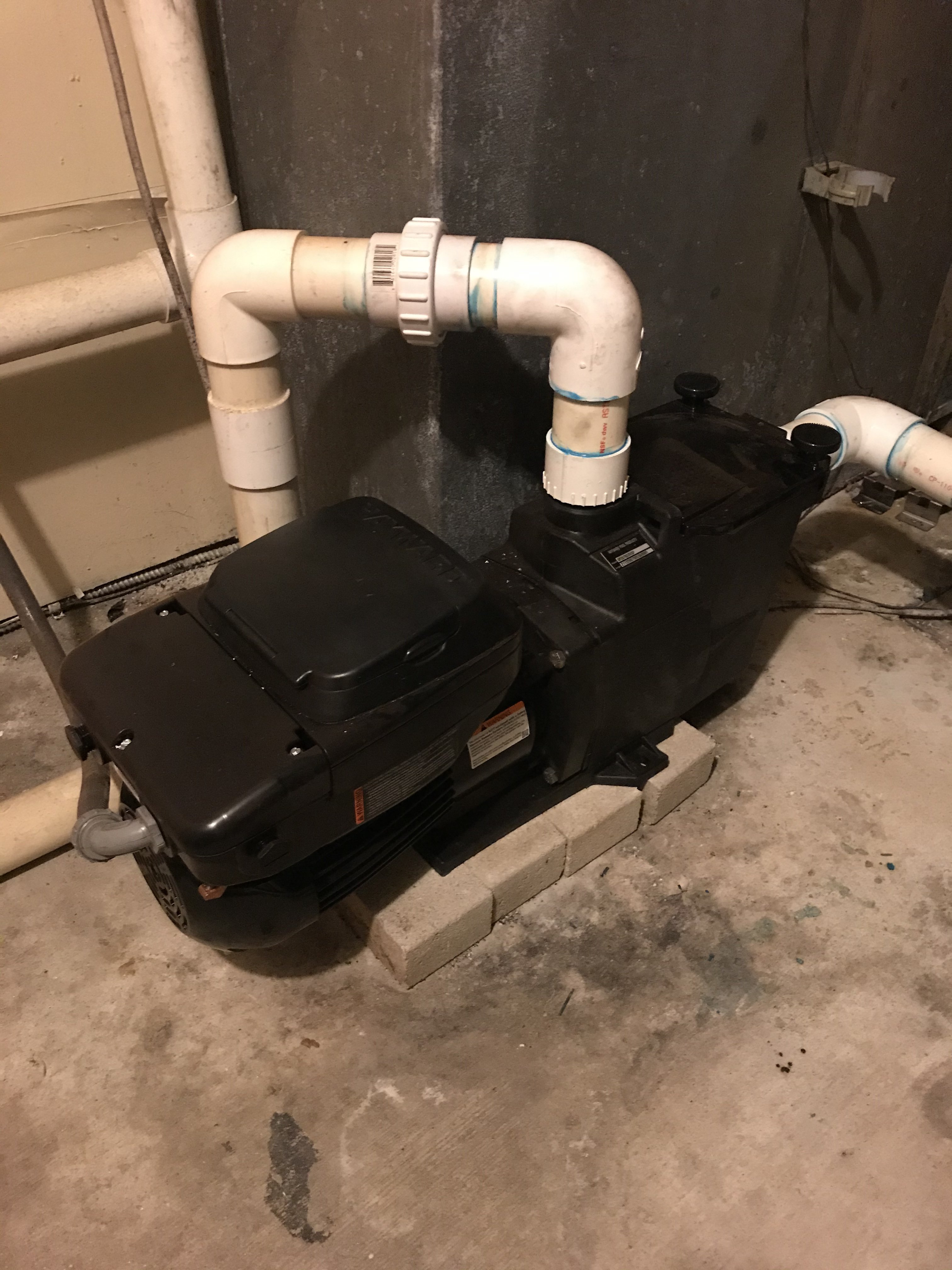 Thanks for the ideas. Attached are photos of the new filter, original Pentair MPV which fit nicely with fresh union o rings. I replaced the spider gasket last year.
Tonight I vacuumed a coating off the floor again and checked my pressure at max prime speed 3450 rpm to compare to a recording I took after I originally fed in the slurry last month. It is 14.5 psi, only 0.5 psi higher than it was when I charged it. I’ll watch it tomorrow morning when the pump starts to see if I can see if it’s associated with startup.
You must log in or register to reply here.
Thread Status
Hello , There was no answer in this thread for more than 60 days.
It can take a long time to get an up-to-date response or contact with relevant users.