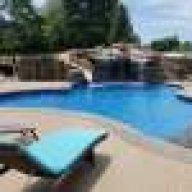 FWIW.... The documentation that came with my new liner specifically says to maintain minimum calcium level of 200 ppm.
P

I still believe this is based on antiquated data that the liner companies use. Richard is my go to guy on all things chemical, I trust him over some stupid warranty claim.

Pool_Medic said:
I still believe this is based on antiquated data that the liner companies use. Richard is my go to guy on all things chemical, I trust him over some stupid warranty claim.

Solar blanket warranties are null and void of chlorine levels exceed 3 ppm too
Click to expand...

Liners are not what they used to be, owners can do what ever they want to a pool..

For example, remember those green liners that lasted 40 years?
You know the ones, mid 1960s.. usually in spartan pool kits.
I haven’t seen one in a couple years, they are pretty much extinct now..

I’ve been watching this thread for many many years now as it’s one I find VERY interesting, mainly because our pool is a vinyl pool with low CH. I’ve seen this rumor come up multiple times over the years and remember a discussion with Richard (Chem Geek) about 5 years ago at a conference we attended where this issue came up. He had heard of this rumor way back when and had asked multiple sources way back when for proof to back it up. None could come up with any. On the flip side however TFP for years has been saying low CH doesn’t cause damage and to my memory I’ve never seen/heard of any damage resulting from low calcium in a vinyl pool. Now maybe over the last 5 years things have changed, and if they have I’ll be the first one to read the papers. I’ll also be the first one to send them to people WAY smarter than I who can dumb them down for me to understand.

I always encourage users to always ask for papers or any third party proof for anything you may see suggested. If they’re not delivered you’re simply being given an opinion, not a fact. Now please don’t think I’m posting saying TFP has done all sorts of tests on liners and there’s no truth to this statement, as I’m not. TFP or nobody else to my knowledge has ever had a liner analyzed for calcium to see if there’s any being used during manufacturing. All I am saying is over 10 years now TFP has said not to worry about it, and so far our track record has been fairly good. May we change some day, maybe, who knows.

As for the theory that CH can improve how "sparkly" the water is........
If that's the case then pools where the CH is well over 1000 must be blinding!

Even without documented research, I think we would be seeing anecdotal evidence if this was a widespread occurrence. I haven't seen anything to suggest this is the case.

I'm VERY impressed with Aqua Magazine for admitting that they accept funds in return for space in their "magazine." Cudo's to them!

The key thing that I'm left asking myself is what were the controls and such of these tests? I personally find it interesting that no firm details were included such as where the testing was preformed, what methods were used, and so forth. I'd love to see firm results myself, not an article that was paid for. Guess I'll have to wait a few years.

You will have to wait.

If an owner has quality material in the pool, it’s not a concern. If not well... they can watch the material grow, I have seen of the afflicted. 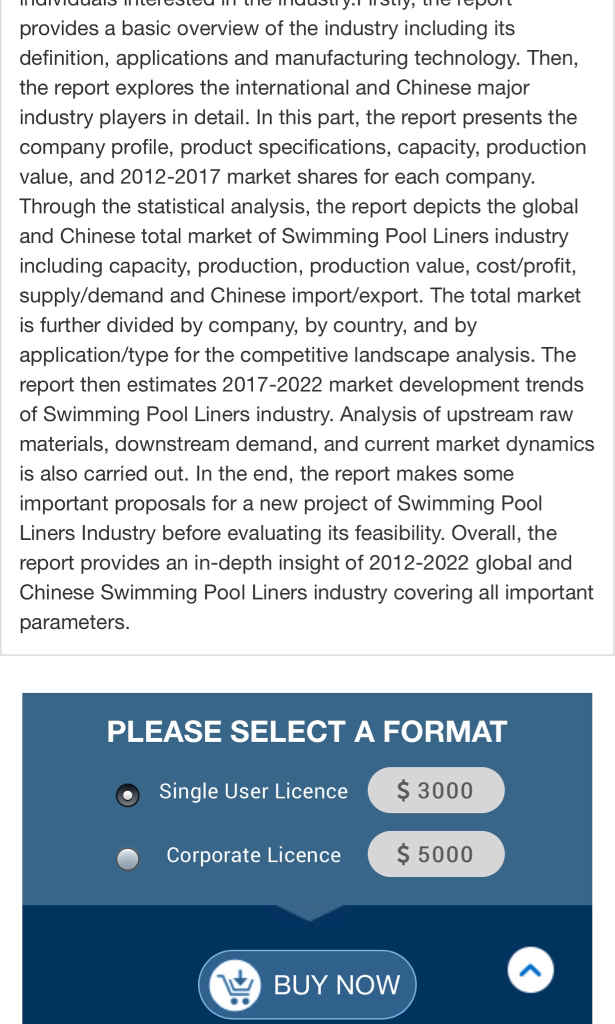 Good reading.. I enjoyed it..

Thanks for the quick read. I did some searching and found the page to request a sample. I’ll let ya know how all goes once I hear back from them.

Great.. I left enough breadcrumbs to find it, had to crop personal info from my screenshot.

What specifically is the danger of high Calcium Hardness on in ground vinyl pools? I've searched for relevant threads on the forum, and found this recent thread.

Is it that high calcium levels can lead to corrosion of metal pipes? Plastic pipes?

The reason I am asking is it appears to be less expensive then the 10% Liquid chlorine I've been using and a 50 lb tub will last me a few seasons.

Thank you for your reply, mknauss!

You'll have to forgive my lack of knowledge, but what is it that Calcium scale does to a vinyl in ground pool that is bad?

It will coat the liner with scale. And that is not good as the only way to get it off is acid. And your liner does not like raw acid on it.

Keep your CH within the recommended ranges (under 350 ppm).

Calcium Scale is like little white snowflakes that start to form on a surface. Vinyl tends to be more forgiving than plaster or fiberglass but scale will form if CH is high enough. Additionally calcium can cause the pool to become cloudy after the user adds it.

mknauss said:
It will coat the liner with scale. And that is not good as the only way to get it off is acid. And your liner does not like raw acid on it.

Keep your CH within the recommended ranges (under 350 ppm).
Click to expand...

Acid washing a liner is never an option.

Thank you for your responses and help. Very much appreciated.

If I may ask some follow-ups:

1.) Regarding the cloudiness that is mentioned, is that when the Calcium Hardness surpasses a certain level in the water? And is that level 350ppm? Or a different level? Or is is cloudiness that is being mentioned when you initially put the Cal-Hypo in the pool?

2.) How is high Calcium Hardness removed from the water? Drain only?

I ask because Cal-Hypo 73% is really so, so much less expensive for me. I only keep the pool open for about 2-2 1/2 months in the summer. It is not used frequently.

After the initial SLAM chlorine "dump", I am typically adding enough Chlorine to increase the FC 1 ppm (to maybe 2ppm at times) per day. I have calculated the cost as:

BUT...a 50 lb container of Cal-Hypo will last me TWO maybe THREE seasons. So the price factor is a significant factor for me.
P

If true they are basically the same cost. So your comments that cal-hypo is "so, so much cheaper" can't be true at the same time.

The cloudy water can result either when initially adding the CalHypo or when a level hits to high. I’ve never experienced it myself so I cannot say exactly what causes it. The only way to lower CH levels however is by adding fresh water from a drain/refill.

While on paper your math may pan out, I’d be very cautious. Only replenishing 1ppm FC per day is extremely rare on the forum as most are seeing a FC demand of 2–4ppm. It may work out for you, but if it does I’d also suggest playing the lotto as you’re on the lucky end.

If I may toss out a request,
Your issues are somewhat different than the OP’s of this thread. If you wish further advice I’d love to help ya, but we also wanna keep this thread on track. If you will, can you start a new thread so we can keep the advice personalized and the topics on track.
You must log in or register to reply here.
Share:
Facebook Reddit Pinterest Tumblr WhatsApp Email Link