markayash said:
I swore mike Judge worked at sprint with me. Way too many parallels

JoyfulNoise said:
I have this perfect spot around the corner from me where I could build the very first Trouble Free Pools Pool Store … all sparkly white tiled with the blue logo …. But it would be a very boring place to work. One side of the store would be stocked with test kits and Taylor refills with a DIY test station so customers could test their own water. Results would log directly to their PoolMath App account. The other wall would be stocked with 2x packs of gallon jugs of liquid chlorine and granular CYA. There would be a reusable liquid chlorine bottle fill station in the back and muriatic acid fill station outside. Check out would be completely automated with AI technology setup by @JamesW such that you simply walk out with your goods and the store automatically charges your credit card. All I would do is sit on a folding chair in the corner constantly adjusting the thermostat to achieve a perfect indoor temperature of 74F and 50% relative humidity and mumble to myself.
Click to expand...

I smell a franchise! The mid south needs one of these & I’m your girl! Getting regeant refills is a joke around here, testing borates - forget it! We could also sell swg’s (appropriately sized for the customer’s pool volume of course - unlike the most services around here). I see shelves of Muriatic acid & pool salt

as well as a beautiful line up of dolphins 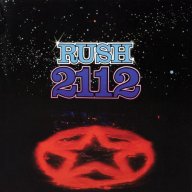 Years ago pool stores helped you and were ran by pool builders and owners.
Now they hire kids and push them to sell sell sell.
I understand business but they also ran a lot of us off.

So sorry I missed this one and thanks for doing this. We had some short notice interference from home-build issues. I was really looking forward to it and will be catching up to the replay later today.

Marty,
Thanks for getting this posted on the TFP YouTube channel.
I was unable to watch live but just caught it on YouTube.
All of these TFP Expert Discussion vids have been chalk full of great info and I like how they are always a mix of information.
Some info for the one's that are just getting started (always good info for review) and then the more advanced (or "down-in-the-weeds") info as well.
Please keep these coming!!!
Thanks to all who are conducting the discussions as well as the behind the scenes folks.

MyAZPool said:
Marty,
Thanks for getting this posted on the TFP YouTube channel.
I was unable to watch live but just caught it on YouTube.
All of these TFP Expert Discussion vids have been chalk full of great info and I like how they are always a mix of information.
Some info for the one's that are just getting started (always good info for review) and then the more advanced (or "down-in-the-weeds") info as well.
Please keep these coming!!!
Thanks to all who are conducting the discussions as well as the behind the scenes folks.

Pool automation sounds like a good topic …. I wonder if I know someone that knows a little something about it …

So now I want to blow up a SWG for fun
Not mine, any volunteers ?
Reactions: MyAZPool and mknauss

I watched the video this afternoon. Another attaboy! Marty, Jim, Matt thanks so much for taking your time. This will be a great resource for newbie pool salt system owners.

PS Yes, automation should be next!!! 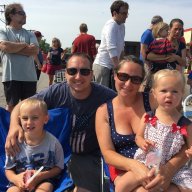 Thanks for doing the SWCG talk! I caught it after the fact on YouTube. I greatly appreciate the expertise on this site. Sorry to be a downer and bring the conversation back to business, but something you guys said on the chat really confused me. (Just when I thought I was starting to really understand pool chemistry!)

You mentioned that you don't typically need to add salt after converting to a SWCG, because it's a closed system. This has really thrown me for a loop. It's quite literally an open system... open to the air and more importantly the sun. I thought the reason I'm adding liquid chlorine to my pool every day (no SWCG yet) is because the UV is breaking it down and evaporating it into the air. Why wouldn't the same thing happen in a salt-water pool, requiring the need to replenish the chlorine through salt addition every now and then, at the expense of a buildup of sodium???

Thanks for the continued education!
J

This is the chlorine atom as it is in chlorine gas, which is produced in the cell.

At the plates, the chloride ion loses one electron to become chlorine.

It has seven valence electrons in the outermost electron shell.

The one with eight valence electrons in the outermost electron shell is called chloride like in sodium chloride.

The one with six valence electrons in the outermost electron shell connects to the oxygen from water to form a hypochlorite ion or it connects to a hydroxide to form hypochlorous acid.

As the chlorine oxidizes something, it takes two electrons, which fill the outer valence shell to provide a full 8, which makes the atom chloride again.

So, in the process, the chlorine atom is merely losing and gaining electrons, but the atom is not lost. 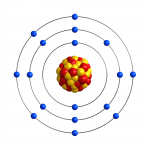 Thank you for the reply!

Hmm, but what is the process that causes my liquid-chlorinated pool to lose chlorine? Does UV oxidize chloride ions, causing them to combine into chlorine gas and fly away?
Whatever the mechanism, wouldn't the same thing happen to the chlorine in the exposed basin of the SWCG pool?

TriangleMan said:
Hmm, but what is the process that causes my liquid-chlorinated pool to lose chlorine? Does UV oxidize chloride ions, causing them to combine into chlorine gas and fly away? If so, wouldn't the same thing happen to the chloride ions in the exposed basin of the SWCG pool?

I'm missing something that is probably very basic. (no pun intended)
Click to expand...

it doesn't lose chlorine, it turns to salt - with the SWG, the salt is cycled to make the chlorine disinfectant. with manual adding it gets turned to salt but not back into the disinfecting chlorine, so you have to add that manually. (laymans terms here, the chemistry is more complicated than that but this is the general principle)

you don't need to add more salt because it stays in the water - it doesn't evaporate. about the only thing that evaporates out of a pool is the water itself.

Pv2 said:
it doesn't lose chlorine, it turns to salt
...
you don't need to add more salt because it stays in the water - it doesn't evaporate. about the only thing that evaporates out of a pool is the water itself.
Click to expand...

The light bulb turns on! Thank you! I knew that the salt level will build slowly even in a liquid-chlorinated pool, but didn't realize that's the /only/ place the chlorine ultimately goes (simplistically ignoring the various other aqueous molecules it's forming like hypochlorous acids, chlorinated isocyanurates, etc.). I always wrongly thought it was leaving the pool as well.

TFP is making me smarter every day.

The chlorine is always pulling on the electrons in the oxygen atom trying to steal them, but the oxygen does not want to let them go because it wants to keep a full valence shell of 8 electrons.

When UV hits the electrons in the oxygen's outer valence shell, they jump to a higher energy level, which allows the chlorine atom to steal the electrons.

Below is what a hypochlorite ion looks like with 6 electrons around each atom and two electrons being shared.

The oxygen owns 8 of the electrons and the chlorine owns 6.

They both want the shared electrons to get a full 8 in the valence shell.

The chlorine keeps pulling on them until they break loose from the oxygen when UV light causes the electrons to break loose.

This is a water molecule where the oxygen has 8 electrons and the hydrogen ions have 0 electrons, but they share 2 electrons between each hydrogen and the oxygen.

When they separate, the oxygen keeps the full 8 in its outer valence shell and the hydrogen gets none. 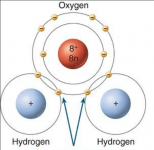 Each hydrogen ion is given one electron and then two hydrogen atoms combine to form hydrogen gas where they share both electrons.

For hydrogen, the valence shell only needs two electrons to be full since it is the innermost ring.

My chemistry classes are coming back to me!

mknauss said:
The recording of the session will be on TFP-TV for future viewing.
Click to expand...

Thank you so lot for this very interesting discussion I saw on the youtube replay.

I've got a very big problem of high pressure and thought SWG can be the cause (some australian forum talked about that) but unfortunatly It's not and I have to find another idea. If you've got one I would be happy !

Thanks again.
(My native language is not english as you probably understood, I'm a french woman in search of help so please excuse it).