I have staining on my liner that I'm trying to get rid of. I used the Vitamin C method to clear it up last year but I want to remove the source if at all possible. At this point it's either the heater (which I haven't used in the 8 years I've lived there) or my fill water. My heater currently has a valve on the inlet side that I keep closed but I'm thinking I may be getting rust residue from the outlet side making its way into the pool (whenever I drain my heater when I close, I get a rusty mess). I would normally just cut in a new valve on the outlet side but I don't have any room due to the plumbing run. I can reasonably do one of two things. Cut in a valve on the grey (I'm guessing high temp) PVC that is connected directly to the heater OR just eliminate the heater altogether from the equation by removing all plumbing to/from it.

1 - How close to the heater can a valve be placed? And can it be placed directly between the grey PVC and white PVC so that it is the union between the two? Even though I won't be using it in the foreseeable future, I don't want it to be an issue whenever it does get used.

2 - If I do completely remove the heater from the equation, what would you do to fully drain or shut it down? Do I need to blow it out or anything like that? The gas valve is off and the handle has been removed and I've had it covered with a tarp for quite a while. Is there anything else I should do for a very long layup? 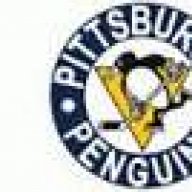 Can you add some pictures?
J

ckk81 said:
Can you add some pictures?
Click to expand...

Here are some pics. After looking again, I'm not sure I have enough room to insert a valve on the grey pipe either. Any recommendations???

bump
You must log in or register to reply here.
Thread Status
Hello , There was no answer in this thread for more than 60 days.
It can take a long time to get an up-to-date response or contact with relevant users.

A
Why would THIS bypass be plumbed in?