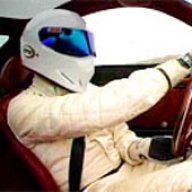 this seems to take WAY longer than it needs. We did have trouble finding matching Travertine but that only explains a few days of the delays

Still impatiently waiting on the PB

for the 3rd week in a row hope to have the Aquabright done "this week."

Plaster was done yesterday. Today they "prepped " for AB, they reacid washed, to prep the surface, remove the "creme" and give the epoxy and the AB something to stick to. They also taped off the stuff that doesn't want to get melted by the flame.
Epoxy was supposed to go on today but water was weeping into the pool from an edge ... more delays

Yesterday we nearly covered the bottom of the pool to the shallow end, to protect the plaster and keep the pool from "floating" just to have it pumped out today. Today, they didnt bring the right wrench to open the plug at the bottom drain, so we are refilling the pool again, wasting thousands of gallons of water.

The hope is that they will Epoxy tomorrow and AB the next day ? Maybe ?
At this point I just want it DONE ...
Stop the madness.

PB actually said yesterday that he was happy his guys didnt kill my palms ...
They look a little rough from the Freeze this winter but I never dreamed that killing the palms was a possibility ...

kill the palms?? That should not have been even a possibility! Now I would worry about the heat doing a number on them but how in the world would they even have a chance of killing them building the pool? Oh well at least they are still standing!

I wonder if palms do as well in the dry heat of Texas vs Florida's constant high humidity? That would be my only concern??

They did a TON of work on the wall in front of the palms
And they did some work running new electrical to the LED sheers ...

Im guessing thats what they meant ..

Man I am sorry to hear about your experience. Hopefully they will make it right.
M

Does your contract include the wall work?

Marlahoutex said:
Does your contract include the wall work?
Click to expand...

It included replacing the sheers in the wall.

They claimed the wall fell apart as they took out the old sheers.
The original plan was to reuse the travertine that came off. Then they realized after the fact that the old sheers were cut to match the curve of the wall but the LED sheers cant be cut.

Which meant that they needed wider travertine to cover the now straight sheers in a curved wall....
Their failure to see and understand the difference in the sheers is on them in my opinion.

Again, I had no say in this, and no indication that it wasn't in the initial bid....
And the bid was IMO high enough to cover these kinds of discoveries.

On another topic, the spa overflow was tiled to extend past the edge. We asked if the extension would be likley to break off. They assured us it wouldn't. The plaster guys broke one of those tiles. Apparently fixing that is going to cost more too...
R

Rich we do encourage price sharing BUT also knowledge that is varies greatly by location. What I can get in FL is much different that what can be had in CA, etc.

Ah the joys of dealing with pool builders. At least you are in what I would imagine is a competitive market and can shop around and demand more because there are most likely a number of contractors around. There are only two (and realistically probably one) contractors within a two hour radius of my house so my pickings were slim. I first contacted my pool builder last summer and we have been doing or renovation since November with a few hours of work here and there. I finally took over portions of the job I could do myself and actually got better subs and better quality work than he was providing. We will hopefully be finished in a few weeks (fingers crossed).

Kimkats is right. Price varies dramatically by region. The nearest plasterer to me is four hours away. The next closest is eight hours away. Thus, the cost of my plaster job alone is likely as much as someone in Florida to get a new pool.

Take the diameter of the pool and thats what builders use to start the calculations
In Dallas depending on how much tile you have, assuming normal amount for a 100 ft diameter pool or less you could find a basic white plaster for under $12K ish
Thats based on the quotes I got and my wild guess what basic plaster costs.

The plaster portion of the AB finish was listed as about 4k on my job. Not including prep work the actual plaster group was here less than 2.5 hours from start to gone...

And apparently very few plasterers do plain white any more ...

Update
They are supposed to come out tomorrow to finish AB 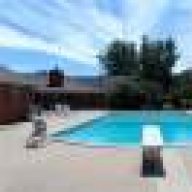 I'm so looking forward to seeing your AB. Hang in there!

FUN! Thanks for sharing that!

Oops on the plaster prep work ...
And supervision

Holy cow! Is that man *standing* in that spa?? How cool is *that*!? I bet that will feel wonderful all heated up nice and hot....

Remind me of the disadvantages of glass waterline tile

New to TFP, undergoing pool renovation in So Cal - need help with tile