Pool opening - What a difference a day makes!

This is my second pool opening since moving into a house that had an existing pool. Last year I timed a new liner installation to occur in the spring which allowed the pool company to take care of the opening. So, this is the first time I personally opened the pool. I knew I was late in opening it and was fearful of what I would find below the safety cover. Here's what I found.

YUK! It was even worse that I had imagined - a green swamp! Fortunately, I've been a reader of TFP since before purchasing the house, so I knew I could take care of it. What I didn't know is how fast it would improve. Here is what it looks like after less than 24 hours.

I thought it would take several days or more to get it looking so good. It's not there yet, but what an improvement. The water is still cloudy, but the bottom in the deep end is now clearly visible. The green swamp has turned blue.

I don't know if a turnaround like this is typical, but I'll tell you what I did. First off I deep cleaned the sand filter. Whether this helped or not, I don't know, but it was needed and I had the multiport off anyway. That only took a little bit of time and effort.

Next I scooped out what leaves I could find and turned on the pump. Then I brushed the entire pool, bottom and sides. The bottom of the deep end wasn't visible, so I just pushed the brush blindly down there.

At this point I took some measurements and then added some bleach to bring the FC up to SLAM level.
pH 7.2
FC 0
CYA not measurable <20
TA 50

Luckily, it was a cloudy day and not that much bleach was need to maintain the SLAM. I continued brushing and vacuuming a few times before dark. I believe I back washed the filter two or three times throughout the day.

This morning I did another brushing, another backwash and added some more bleach.

Today is another cloudy day, so I'll postpone adding CYA until tonight.

That's all so far. I thought that others faced with a green swamp might find this and realize that it might not be a bad as they fear.
Reactions: Moniyque, BuckeyeMac, Richard320 and 2 others

NICE job!! You are the poster child of how a SLAM should go!! I am going to guess you kept on top of the FC levels and that is what made such a big difference in how quickly it went. Getting all of the "stuff" out helped a lot I bet!!

Do you know about adding DE to your sand filter to help it filter even better?

kimkats said:
NICE job!! You are the poster child of how a SLAM should go!! I am going to guess you kept on top of the FC levels and that is what made such a big difference in how quickly it went. Getting all of the "stuff" out helped a lot I bet!!

Do you know about adding DE to your sand filter to help it filter even better?

I think the key is to get the "stuff" out ASAP, then use chlorine to kill what's left and let the filter remove it. It was quite enjoyable seeing how much algae was removed with each backwash. The effluent was a very dark green.

After beginning the slam I made sure to repeatedly vacuum the "stuff" that accumulated on the bottom of the pool and then brushed afterwards to suspend what I missed hoping that the skimmers would take some of it away.

I have read a little about using DE in the sand filter, but haven't tried it. I believe the idea is that it will allow the filter to remove very fine particles suspended in the water, perhaps speeding up the process towards the end of the SLAM. My thought on this (please correct me if I'm wrong) is that instead of adding DE, why not just let the filter build up a little more pressure than usual, which would indicate that the pathways through the sand are now smaller. I guess it may be that there are few pathways, but they aren't any smaller than before, so doing this may actually be worse. Also, I believe using DE will require more frequent backwashes. My water is via a well, and I want to do as few backwashes as possible.

You are correct about the DE. It can speed up the last days of the SLAM but you are on the right track AND with not wanting to backwash any more than you need to then it is best you stay the course you are on! Well done! 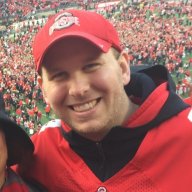 How much water should I put back into my concrete pool to make sure the freezing ground water doesn' t push it up out of the ground?