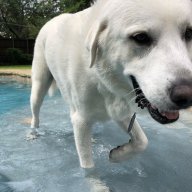 Well gang, I'm stumped. Had a nasty swamp when we opened the pool a while back. Got it cleared up (did not SLAM because our CYA was wayyyy high, just got it visibly clear, walls scrubbed, new filters, etc. and you wouldn't know it was ever anything but crystal clear, and then partially drained it to work on the CYA). Got that manageable and started using chlorine instead of tabs while letting heat do its job and get the CYA down the rest of the way.

So, now the water looks great. My numbers are good, though it takes a LOT of chlorine to keep the levels up (consistently test/dose every other day). Yet I still have spots where algae is growing on the walls. I did an OCLT last night and went from 9.6 to 8.6. Juuuuust on the line between "everything is fine" and "girl, you better SLAM".

The other thing we have going on that I think might be a factor is that our plaster is rough. Like, literally. My calcium was too low for too long and it's really degraded badly and is like 20 grit sandpaper. I've gotten the calcium hardness back up to good levels, but my cleaner bag still has a wad of quartz crystals in it every time I clean it. Between that and some cracks here and there (thanks, shifty Dallas soil), we recognize a plaster replacement needs to happen sooner than later.

But I can't help but wonder if the condition of our plaster is contributing to this algae creep and making it deceptively hard to get rid of because it rooted into our soft plaster.

Anyway, should I SLAM to try and knock this out even though the numbers say I shouldn't have to? And can we still swim while SLAMing? And will SLAMing be too harsh for our lousy plaster? Gah.

Thanks for any advice.

You have had a number of very low FC test results.
Be sure you are using a 10 ml water sample, one scoop of powder, and each drop of reagent to clear is 0.5ppm FC. Your reagents will last longer.

From how you describe it, you should follow the SLAM Process. You can swim during the process, keep FC at or just below SLAM level when swimming. Has no effect on your plaster.

The rough plaster just means you should brush more. Not just the water powered cleaner.

Okay, thanks. Yeah, that's why I did the OCLT test because it seems like the chlorine is gone in a flash. Feel like I could easily go through a 128 oz jug of chlorine every two days just to keep it from dropping so low, which seems so unsustainable. This liquid chlorine life is pretty extra.

I appreciate the tip on a smaller water sample test. Hadn't seen that. I do go through that reagent like crazy.

Oh one more question: How do I know I’m done slamming if I’m already meeting the “done slamming” criteria? Thinking it shouldn’t take much, right?

HGalindo said:
How do I know I’m done slamming if I’m already meeting the “done slamming” criteria?
Click to expand...

HGalindo said:
Yet I still have spots where algae is growing on the walls.
Click to expand...

That is not a 'done Slamming' criteria. 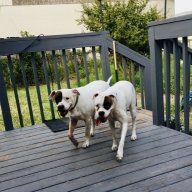 mknauss said:
Be sure you are using a 10 ml water sample, one scoop of powder, and each drop of reagent to clear is 0.5ppm FC. Your reagents will last longer.
Click to expand...

I am in the slam process. Can i use “one scoop of powder”?

There IS a done slamming criteria: 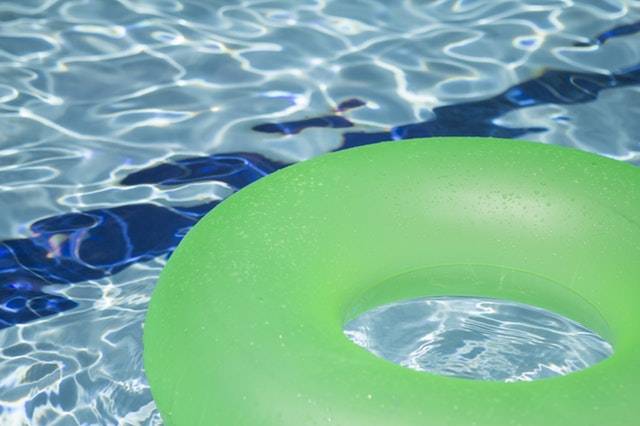 We’ve all had to deal with a green pool. Clear algae from your pool with a SLAM! Read here to use shock level and maintain to clear your pool.

Maureen03 said:
Can i use “one scoop of powder”?
Click to expand...

I have the same question, as I saw that in a response above. When I read it, I thought - wow, have I been doing it wrong all these years? I immediately re-read the Taylor instructions and they say to use 2 scoops (dippers in their vernacular), regardless of 25ml or 10ml sample.

www.troublefreepool.com
One heaping scoop of powder is normally sufficient. Read the above instructions.
Reactions: Wobblerlorri and jark87