Looking into Getting a Robot

I currently have a suction side Rebel and have been browsing the threads on robots the last month or so and am intrigued. So I was thinking about researching the and maybe replacing the Rebel in about a year or so. Well today I noticed the hose ends on the rebel are getting brittle starting to crack and break off, so I may be moving on to a robot real soon. Many of you have sold me on the Warrior / S200. After reading reading through other threads I have a couple of questions:
1. It seems some people leave the robot in the pool all of the time and others only put it in the pool to clean and then remove it. My rebel stays in the pool 24/7 which is convenient, but with a robot, I don't think I really want to have a cord laying across my patio all day, every day. For those of you do not leave it in the pool, is it a hassle to put it in / remove it daily or almost daily?
2. Is there a big advantage of the caddy? The specs for the Warrior SE is about 16.5 lbs dry if I am reading the info right. That doesn't seem to be too terribly heavy to lug around. But it may be convenient for storing the robot and cord. If I do go with a caddy, I may upgrade to the Prowler 930 or S300, just because there wouldn't be too much of a price difference.

Any thoughts or comments on the above is much appreciated.

There are two kinds of pool owners.. Those that find a pool cleaner to be unsightly while in the pool, and those that do not.

A robot works in both worlds... I find that I only want the robot in my pool when its working, so I am glad to take it out when it is done. I usually only need to run it 2 or 3 times a week.

I also have a couple of rent houses where I don't have to see it, and those units stay in the pool 24/7, unless the tenants take it out.

You have to take it out once a week or so to clean the filter basket anyway..

I personally have no use for the caddy... This is because I can store it on the pool deck in an out of the way spot.. Some owners like to put there robot in a shed or garage, in those cases, a caddy would be more useful. My robot's power center is mounted to a wall under an eve of my house. It can get a little wet but it can't get soaking wet. If that is a problem than putting the robot in a shed or garage would work best,

You should contact Margaret by phone as they don't sell to internet customers..

In short: Yes, the robot is worth it. In hindsight I'd probably pay $200 more for the Prowler to get the caddy and bluetooth, but not much more than that.

I bought a Pentair Warrior SE about a month ago from Marina Pool & Spa. I used a Hayward suction cleaner for the season before that. I personally remove the robot from the pool between cleanings, not because I think it's ugly, but because I'd rather not expose it to the chlorine and sun when it's not being used. (I might not be so persnickety when I stop working from home.) Also, once swim season starts, I definitely don't want it in the pool with kids, or anyone for that matter. Adults can probably get away with swimming around a suction cleaner hose, but the robot cord is far more dangerous because of the entanglement hazard.

So, is it a hassle? Yes. The robot is definitely more work than the suction cleaner was, at least for me. I have to clean the filters, unwind and rewind the entire length of cord, run it between the fence posts to the caddy on the other side, and cover a section of it with a mat so no one trips on it. But it's still a far better system than the suction cleaner.

The suction cleaner wasn't nearly as thorough. I'd have to run it for around 4 hours a day to get decent coverage, and it was constantly getting stuck on the drain covers. It also created a lot of wear and tear on the pump. Not only did I have to run it at higher rpm's, but emptying the filter basket was an almost daily task and so the pump had to prime almost every time it started. I can only imagine how much crud ended up getting sucked through the pump impeller. And forget trying to run the suction cleaner and solar at the same time. It's such a balancing act with the flow rates that I eventually stopped doing it.

I did end up springing for the Maytronics caddy on Amazon after a couple of weeks. I can easily carry the robot around without it, but it just makes it a lot more convenient to keep everything nicely stowed and tucked away. Lots of folks on here have made cheap DIY caddies that surely work just fine, but I didn't want to bother with it.

As for the bluetooth, I'm one of the few people who wishes I had paid extra to get it. It's not something I would use 99% of the time, but there are rare times when it would really come in handy.
Last edited: Mar 17, 2021 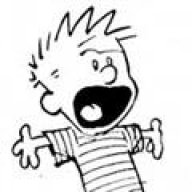 Not meaning to hijack the thread, I'm in the same boat with the same questions. Thanks for asking! And a couple of other questions that may be on your mind as well:

1) Does the robot start and finish in the same spot? Meaning if it starts in the shallow end, will I be able to pluck it from the shallow end.
2) Do you retrieve it from the pool by pulling on the cord?
3) If it says 60ft cord, is that from the power supply or from the outlet?
4) I have a waterline spa, no coping overhang, that is surrounded on the pool side by benches. Concerned that it may try to work its way into the spa. Is that a valid concern?

1) No, mine never ends up in the same spot.
2) Yes, you pull on the cord to retrieve it. It doesn't take much force, but you'll obviously want to grab it by the handle as soon as it nears the surface.
3) I'm pretty sure the 60ft is from the power supply. My outlet cord is only about 6' long.
4) I don't think there's any concern of it working its way into your spa. It loses suction as soon as it breaches the waterline.
Reactions: markayash

My 2cents are moving from a polasris to a warrior SE. it’s like going from sweeping a floor to vacuuming. Sweeping get a lot but misses a lot. My robot can clean a clean pool and amaze me at the fine grit it picks up.
Reactions: imrodee
S

Thanks for all the replies. I would probably remove from pool most of the time. Maybe leave it on more in the winter when we are not outside as much.
I ordered the Active30 today after a few back and forth phone calls to Marina. I decided on the caddy as it seems good to store everything on - cleaner, cord & power cable. I ordered it this afternoon and it has already shipped with an estimated delivery on Saturday.
As for pulling on the cord, that was one of my questions to Marina. I've been around a while and have read a lot of manuals over the years and it seems everyone of them has a caution or warning not to pull on the cord.
Reactions: Heavenlytunes and imrodee

You will enjoy it
K

Good choice! The owner's manual says that pulling on the cord is the recommended way to retrieve the robot. Just don't go crazy with your pulling and don't lift it out of the water by the cord.
S

Yeah, the guy at Marina said the same thing you said above in post #5, - to grab the handle once it gets near the surface. I'm kind of surprised that there isn't some sort of cordless pool cleaner by now, kind of like the Roomba which has been around for a while. Once it's done, it could drive itself out of the pool and back to the charging station. Maybe Maytronics could team up with Tesla
Reactions: imrodee, DanF, Mdragger88 and 1 other person

sharp7823 said:
I'm kind of surprised that there isn't some sort of cordless pool cleaner by now
Click to expand...

Its been tried with out success.
Reactions: Gladius Nova and imrodee

I think with the SI you can drive it using bluetooth but a few have said it takes so long it's not worth it.
You can pull it slow and still only take 30 seconds. I grab the handle as soon as I can reach it. 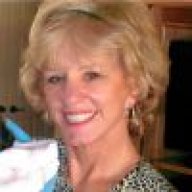 I'm going to do comparisons between models.. but I'm really liking these. After losing most of my equipment thanks to the freeze/power outage, I'm waiting for my DE Filter. Meanwhile my pool is looking like a swamp.

Margaret at Marina pools will ensure you get the right pool robot for your needs. They have no interest in upselling... Great place to do business with! Looking forward to putting the robot in the pool after our pool gets done here in the next few months.
Reactions: markayash and imrodee
K

Marina pools was great to work with, but they're a small business and they get pretty busy. You may need to shoot them an email and then leave them a voicemail telling them that you did.
Reactions: imrodee
H

@kevinskii you are right at times getting a hold of them can be a bit of a challenge. At least in my limited experience after that, they are very quick and quite willing to serve you. My robot shipped the same afternoon I purchased it. (within 1.5 hours the ticket was made to pick up with FedEx and on a truck that afternoon)
Reactions: imrodee and Turbo1Ton

I left a voicemail with Margaret @ Marina Pool and Spas and she got back to me same day. I received my cleaner 5 days after it shipped (there was some issue with the shipping label, according to FedEx). Will put it in the pool tomorrow for the first time.

Check and see if they still offer rebates also. Pentair use to offer $75
Reactions: imrodee 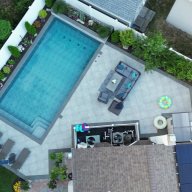 markayash said:
Check and see if they still offer rebates also. Pentair use to offer $75
Click to expand...

just ordered pentair warrior se from marina few weeks ago and also applied for $50 pentair the day i got the robot. within days my rebate was approved and got the $50 visa card today. even though rebate said $849 purchase or more i had no issues getting it approved.
Reactions: imrodee and markayash

If you haven’t and are interested you can do automation mode. Can be a little tricky sometimes but here is a thread about it. I have mine that way now,

Hello, I just purchased a Warrior SE from Margaret at Marina Pool Spa & Patio (thanks for the strong recommendations everyone) and now I need to install a new exterior outlet on the side of my house to power it. I have a small overhang off the side of the house (like underneath a bay window)...

Looking for a new Robot Cleaner