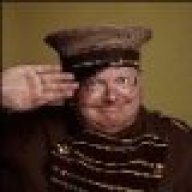 I have been a BBB convertee for the majority of last season and, being in Texas, have kept my pool open over the winter with no problems (though it took me about 2 months to realize that my SWCG does not produce chlorine below 59F ).
Despite the fact that it's 45F in the pool right now I am already thinking about getting the pool ready to swim in. We managed to get in, all be it briefly, at the end of March last year! :-D

I have been reading for a while about moving to 50ppm Borates and wanted to check in here one time before took the plunge. From what I have read on the forum I think these are the pros and cons from my side:

Did I miss anything?

I have a really small amount of Iron staining that I was planning to take care of in the summer (when I can get in the pool and stay in for a while without a dry-suit) and am assuming that the Borates will have no effect on this either way.

Thanks as ever for your comments TFP team!

The "miraculous water properties" are confirmed, quite a few people have commented on them. The correct way to think about them is that they are subjective. Some people are very impressed by the difference, others don't notice it at all.

The pet issues are minor. If your pet gets most of their drinking water from the pool there could be a problem. Fortunately, it is simple enough to train pets not to drink pool water.

One other negative to think on. If you backwash or drain the pool you will be releasing borates into the environment. This isn't a huge deal as the levels are fairly low, but there is some negative environmental impact. I doubt you would be able to notice a difference from just your pool, but over thousands of pools there is sure to be some effect somewhere.

Opinions I have heard range from everyone should add borates to be sure you are comfortable handling large quantities of muriatic acid before attempting. Or to put that another way, handling the several gallons of muriatic acid required is the only negative I consider significant, and even that isn't all that bad. 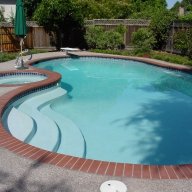 I would have added a third category to the poll such as "Didn't help me much but others may benefit". That is what I would have selected.

Last year I added Borax to my pool but it didn't seem to reduce the chlorine I needed to add by SWG nor did it really change the acid dosage requirements. I suspect it has to do with low chlorine demand for my pool. If UV is the only component removing chlorine, Borax will not reduce the extinction rate.

It should of helped a bit on the acid buffering side but without reducing the SWG output, PH rise dominates so it didn't seem to help much there either.
C

Mark brings up a good point which is that the Borates only help reduce total acid demand from the pH rise in SWG pools if there is some level of algae trying to grow in which case the Borates will help reduce that thereby lowering chlorine demand letting one lower SWG output and thereby outgassing. The use of an algaecide, such as PolyQuat 60, would have that same benefit. If there isn't much algae growth, possibly due to nothing getting started from good chlorine maintenance and circulation or from a dearth of nutrients (phosphates, nitrates), then Borates won't help reduce the amount of acid needed.

The Borates are an extra pH buffer so the pH will take a little longer to rise, but it will then take more acid to lower the pH back down and the "quantity of acid per time" will be the same as without using Borates. So the Borates might help reduce the frequency of acid addition, but not the quantity. In this situation, one can lower the TA level and that can help reduce the rate of CO2 outgassing and reduce the amount of pH rise and quantity of acid addition (though would make the frequency of addition the same as before). So, to summarize, if you don't have some algae growth, then adding Borates won't reduce the amount of acid that needs to be added over time. However, if you add Borates AND lower the TA level, then you can get some lowering of acid quantity over time.

As Mark points out, however, if the SWG hydrogen gas outgassing of CO2 effect is very large and there's not a chlorine demand fighting algae growth, then it won't seem like the Borates help much. Probably only a dramatic lowering of TA to something like 70 (with 80 ppm CYA and 50 ppm Borates) would show a benefit in extreme situations, but then one would need to compensate in pH or CH or both since the water would be on the corrosive side (at 300 ppm CH and pH of 7.5 the CSI in a 3000 ppm salt SWG pool is -0.5; at 500 ppm CH and a pH of 7.7 the CSI is -0.2).

Thanks for the much better explaination. That is exactly what I am seeing!

As for lowering TA, I am at a disadvantage there as well. I have fairly high TA fill water so when I lower TA to say 70 ppm, it generally only stays there for a few weeks and then is back up to 80-90 ppm. So given the time and effort to lower TA, I just gave up on it. The pool wants to stay at about 90 ppm. I am now working on a passive acid injection system so I can continually add a very small amount of acid.
G

I have seen borates benefit manually chlorinated pools also. I have seen the most benefit in pools chlorinated with liquid and with cal hypo but even my few customers that have been able to maintian proper CYA levels with trichlor and backwashing have seen an improvement in chlorine demand and pH stability.

As far as the need for adding several gallons of acid. It's really pretty painless. And for those that would rather not deal with the acid and don't mind spending the money Proteam has a pH neutral borate product, Supreme Plus. It's a mixture of sodium tetraborate pentahydrate and boric acid. I've been using it lately and it really makes the addition of borates a no brainer (but it does cost more!)

All - Firstly, heartfelt thanks! The depth of knowledge on this forum and willingness to share it so openly never ceases to amaze me and it is genuinely appreciated - Thank you!

Some brief responses to the above

Jason - You're right, "subjective" is a much better word to use. I knew what I meant but you said it better!
Mark - I thought about putting some middle ground in the poll but took it out looking to polarize opinion a little

It looks like I have a similar situation to that which you describe though so I really appreciate the input.
Richard - (Wow, as ever!). As both you and Mark pointed out I had misunderstood the effect on pH and thanks to both of your explanations I think I understand it now. I travel for work and right now my pool needs acid every 3-4 days. If I can push that out to 5-6 days then that will make things much easier for me, even if the amount of acid I use does not go down.

I'm going to give this a go over the next few weeks and see how much it helps!

Just a quick reply to say - borates in. No problems.
Will see how it changes the "feel" of the water... when it's warm enough to get in! :-D

Thanks for the hand holding!
P

I too am considering this.

One concern I have is whether the borates are safe for small children. My kids are 5 and 2, and I expect that they will be swimming 3-4 hours/day every day this summer.

Should I wait a couple of years, just to be safe?

I am not one to say for sure. My kids are 3 & 1.
I made the assumption (I hope not incorrectly) that if borates can be OK, though not recommended, for a 15lb dog who "occasionally" drinks from the pool. They are most likely OK for my 30lb kids who don't activly drink the water. :?: :?:

Animals are much more sensitive to borates than people are. A pet who got most of their water from the pool would be around the threshold of detectable symptoms. People, even kids, should be fine.
G

Evan without borates in the water animals should be trained NOT to drink from the pool. I trained my 3 dogs so it CAN be done.
You must log in or register to reply here.
Share:
Facebook Reddit Pinterest Tumblr WhatsApp Email Link

B
Borates and SWG?

New to borates, What borate test strip is best?