jeflogan said:
We over dug ourselves and used the 4" concrete blocks and shingles to get our level.
Click to expand...

I my case, I'd still still be a couple inches deep on the bottom itself.... I've pretty much decided to use 3/4 gravel to bring it up and level.

How'd you block up the gaps under the walls? My deepest overdig areas are on the shelf. It might save me some gravel to use block.
D

The excavator showed up around 10AM and took his bob cat... Said he needed gas and wanted to grab his forestry attachment to clean out my honey suckle after he's done digging. Just sent me a text saying he won't make it back out today but he'll drop it this evening to get an early start tomorrow.

So I've lost another day...

I also made the decision to have him use the hopper dirt to build the shelves back up. Then I'll use gravel to finish the bottom off. My local gravel yard is out of 57's. Lol! They said the machine broke and they hope to have it up and running by Friday. It's $100 more at the next closest gravel yard... I can pay the extra to level my bottom and get the walls started late tomorrow/Wednesday or I can lose the whole week...

BUT!!! This have given me some down time to work on water hauling quotes, permits, etc. So that's good! 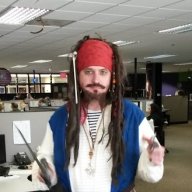 DrawlGuy said:
I my case, I'd still still be a couple inches deep on the bottom itself.... I've pretty much decided to use 3/4 gravel to bring it up and level.

How'd you block up the gaps under the walls? My deepest overdig areas are on the shelf. It might save me some gravel to use block.
Click to expand...

I put a layer of clay down and then the bond beam over that.

He had no intention of coming back I bet....he had another job lined up so went to do that gurrrrrrrr
D

kimkats said:
He had no intention of coming back I bet....he had another job lined up so went to do that gurrrrrrrr
Click to expand...

The dig got done yesterday! It went kinda sorta as planned... Lol

Here's the recap. (most of this has already been posted in pieces above) I have a 3'+ drop from corner to corner. My plan was to raise half of the site by 17" and cut into the other half dropping it and adding a far side retaining wall. I set my laser level at 110" (17" + 4" for cantilevered decking + 42" for the walls + 47" for the height of the level) and started digging. Every time I walked off he dug too deep so I ended up sitting and watching everything he did. Once we got deep it turned out to be all clay. My plan had been to use the fill dirt to raise the grade but I'd read that clay is expansive and shouldn't be used for back fill. Since he'd already been digging too deep and I didn't want to pay for gravel to raise the grade, I decided to reset the elevation on the low corner. For some stupid reason I just subtracted 17" and started digging. That made me 4" too deep everywhere... That plus his desire to hit the earth's core made me as much as 12" too deep in some spots. I debated dropping the surrounding elevation or raising the bottom with gravel or raising the bottom with clay anyway. It turns out that the expansive clay issue is only an issue if you're above the frost line! Since I'm below the frost line, I raised the bottom with the clay. He couldn't get me graded within the tolerance I'd like to see so I'm ordering some gravel anyway. I'm doing a 6' constant slop bottom. No diving board but plenty of room for the grownups and volleyball. I'll add a 3' bolder on my deck to do cannon balls from. The deep end dig went well. I put the end wall up and then dropped 2 pins 3' in from the back and sides. That's the corners of the deep end. I pulled sting between the two and also from the pins to the transition line. (22' long and flared out to meet the walls). I set me level for a 6'2" depth and let him start. We established a slope that felt right and then peeled a few inches at a time off until he hit the depth. I decided to knock the sides off by hand later. I didn't like how crumbly the top soil looked and feared that they'd end up deep under the walls. That would mean forms before I could pour the collar...

I ended up paying him $2,500. I didn't get as many quotes as I should have but it seems fair. I also had him clear out a fence line in the front to make room for the concrete truck and grade all over my yard with the fill dirt. I think he mostly got the grading right for water drainage. There's one area that I might need built up some.

Things I learned about excavation

GAS PROBLEM - The gas guy just came out to mark a gas line that he missed on his last trip. We got to talking about my pool heater and I've got an issue... Whoever installed the underground propane tank used regulators with 1M BTU capacity but only used 3/8" pipe... According to him, 30' of 3/8" pipe will only push 299k BTU... My heater is 400k BTU. He says it won't turn on at all if the pressure is too low. He'll get back to me later today with a quote to upgrade the pipe to 5/8".

GRAVEL - Just ordered 60 tons of #57. I called about 10 gravel yards and found one at $14/ton. Prices ranged from $14-28. 2nd cheapest was $15.50 and most were around $20. This place is $84 delivery per load. 20 tons per load so 3 trips total. I'm hoping this will be enough to flatten out the bottom and back fill behind the walls. They'll get one load to me tomorrow so I can get the bottom done and walls up. (I should have ordered this a few days ago so I'm not down today...)

CONCRETE - I'll order this when I have some time this afternoon.

Here's a final pic of the hole.

I've had some direct messages on cost so I figured I'd start a running comment on it.

Awesome write up that others can learn from in the future. I like how you changed the question around for it to be more direct. Good thinking on that one for sure! digging to the earth's core!!! sigh...........

Something finally went well! I've gone around and around for a few days trying to figure out the best way to raise the pool bottom due to it having been dug too deep. I got great input from the TFP folks and the Pool Warehouse tech line. Ultimately I drove to the gravel yard and spent time talking to the owner Jerry Wysong (Wysong Gravel in West Alexandria). He was fantastic at helping me understand the different type of gravels and their uses. I ended up going with what they call small course crush. It's "mostly" clean crushed 3/4 and down gravel. It ended up being $1.25 cheaper per ton than the other stuff!

And then! The driver was able to drop 12 tons in the hole for my leveling project! Woohoo!!! I'd been trying to find a cheap skid steer solution to move the gravel from point A to point B.

PERMITS - I also drove to the permit office downtown for my electric and gas permits. The ladies there were fantastic as well. The gas permit for connecting the furnace was $125 and the electric inspections were $75 x 2. (One inspection for the "lower bond" which is the connection to the light niche to bond the water and one inspection for the "upper bond" which happens after backfill and covers everything else that's bonded. The new 100amp subpanel will also be included in one of the inspections.)

CONCRETE - I went ahead and ordered concrete for 8AM Saturday. I went for 3,000 PSI with 5" slump (per the installation guide) and added the fibermesh after recommendations from TFP. Total will be $127/yd + $6/yd for the mesh + $20 fuel charge.

Glad you got a win, You were certainly overdue.

You are smiling just right to get all of the stuff done! The dumping IN THE HOLE is the best thing ever as I am sure you KNOW!!! WOW! You scored on that one!

So how many friends do you have that like beer & grilled food? Fired up the grill and start calling for help!

There is always a sense of accomplishment when a big-gigantic truck dumps stuff in your yard! ;D
D

I just realized something.

I'd planned on bringing the water and gravel backfill up together to equalize pressure on the walls.

But, I'm doing concrete coping and I need the liner groove to hold the form. That would mean that I need to do backfill, then decking and then the liner.

Should I be worried about blowing out the walls or is there something I don't know?

No. I backfilled with clear grave. Poured the deck then added liner/ water. I believe that is standard. But this was my first pool...
S

Gravel is self-compacting, which is one important reason to use it for backfill. The second is that gravel does not really "push" laterally on things...at least, not like damp dirt. Your walls are bolted together, bolted to the brace, and the concrete collar locks in the entire base of the outside of the wall. It is not going anywhere. Just backfill with gravel and pour your deck, then do floor and hang liner.
M

Brianf60 said:
No. I backfilled with clear grave. Poured the deck then added liner/ water. I believe that is standard. But this was my first pool...
Click to expand...

Not sure if this helps but it seems my PB backfilled set bottom installed liner and filled then poured deck. I have no idea which is correct or better but thought I would show you another option.

DrawlGuy said:
I just realized something.

I'd planned on bringing the water and gravel backfill up together to equalize pressure on the walls.

But, I'm doing concrete coping and I need the liner groove to hold the form. That would mean that I need to do backfill, then decking and then the liner.

Should I be worried about blowing out the walls or is there something I don't know?

Once the collar is poured the pool isn't going anywhere. All you have to contend with at that point is ground water. With heavy rains and clay you could wash alot of the sides of hopper away you gotta work fast. I will tell you yo ne careful with all that over digging and the ramp out of pool. The gravel must be mechanically compacted only the wall backfill doesn't get packed the 3/4 clear is used to avoid damage from the compactor.

As you learned an excavator and a pool digger are two different operators and you cant compare the two. Always check grade as you go and use painted grade pins. I cant tell you how many excavators use their bucket to pound dirt and call it compacted. It's not. I promise that will settle so be careful if thats what he did for you
H

My husband and I are looking into a Pool Warehouse self build next spring. How did it end up going? My apologies if posted elsewhere. I didn't see anything. Thank you for sharing the costs. Do you mind sharing the rest of the costs for electric/plumbing, etc.?
You must log in or register to reply here.
Share:
Facebook Reddit Pinterest Tumblr WhatsApp Email Link