Aquarite Not generating - lights not on

HI Summerspa,
No I missed the pdf on your last post, thanks. Where exactly in it were you referring to?

One interesting thing that I just read in there was that the check salt and inspect cell light will come on when it is unplugged. This all started when I unplugged the cell to clean it and forgot to plug it back in. I have pushed it in over and over, never quite knowing if it was making proper contact. I may focus on that tomorrow morning. It is clearly not getting the feedback info it needs on the board in order to generate.
S

Checking the voltages on the board would seem to be the next best step.
It's possible something blew without the cell plugged in.
Good luck.
Let's us know what you find.
J

Wow! God bless the internet and a great bunch of people who just saved me at least $500 by ordering the Digi-key part. A special thanks to Peggy who posted the part number back in 2008 and the fellow who suggested it in the first place. Knowledge is power! Thanks again.
A

Add me to the list. Came home from vacation on Sunday to a green pool....no lights on chlorinator. Same situation as everyone else. Ordered the part from digi-key. Spent more time taking the board off than actually replacing. Put back in and presto, all is good. So glad for the folks here and thanks for helping me not go crazy.

This thread should be a sticky right at the top under SWG.
L

Just wanted to say thanks to all, so glad this site came up. I replaced the black limiter, I haven't soldered in like 15yrs, but got the hang of it and all is good!! Thanks!
F

+1 for solving my Aqua-Rite problem with the thermistor replacement solution. Thank you for saving me a new board! Mine took the AS32 2R025 part.
L

One other comment about removing / replacing the AS32 2R025 current limiter. I found that a 25w soldering iron was insufficient to melt the solder either during the desoldering or soldering steps. The leads on the AS32 2R025 are beefy copper, and act as a great heat sink. I ended up using a soldering iron that allowed temporary boost (up to 30 seconds) to 100w output. That did the trick.
S

A great video showing all the steps in replacing this part.
S

I just replaced the current limiter as per the posts on the first page. It was too easy...and it seems to have worked. Power and Generating chlorine lights are back on and all is good. Will monitor the chlorine levels as a true indicator of success.

By the way. I live in Ottawa, Ontario, Canada and ordered the part from Digi-Key last night at 7:00 PM. It arrived at my house this morning at 10:00 AM. The job was done within half an hour with an over-abundance of caution (photos taken, wiring checked three times). I don't know whether to thank UPS or Digi-Key first, but I can tell you I'm so impressed with both services for getting the limiter to me so quickly. Finally a really positive pool repair experience. Thanks so much to everyone on the board for this great info. Saved $1,000 on a new system by taking this on.

Arrgh, looks like the current limiter on ours just crapped out. I contacted the local pool supplier who is advising me that because the circuit board was replaced last year, it's not original equipment and will not be covered under warranty even though it is still within the three year warranty period.

Does this seem correct?

Regardless, I'm handy with a soldering iron and just ordered three parts from Mouser today. 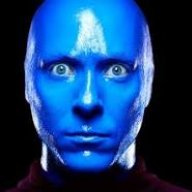 I just installed my new Aqua Rite and noticed that the board is slightly revised from all of the videos and photos I have seen so far. The 'current limiter' appears larger now, and is mounted vertically rather than horizontally. However, the part number remains the same so maybe it is not really larger.

I did run it for about 2 minutes, turned off power, and found that the current limiter was already FAR FAR too hot to touch. I mean SUPER hot. Took about 5 minutes before I could put my finger on it without instantly pulling away. Of course, this is normal, because the limiter relies on heat as the way to reduce resistance and allow current flow. It is rated at 450 degrees F, so yes, you could cook a turkey on that box if you don't ventilate it!

I recently had the exact same issue.

Re: Great Write up!

p_mori7 said:
I recently had the exact same issue.

Also, thanks to all the others. Same symptoms as many others but mine showed no outwards signs (not browning, did not crumble). Made the replacement and all is well!!
N

Howdy, my 1st post :-D Mine is little over 3 years old, no lights. When I power mine up the no flow flashes for a while then goes away, then the generating light comes on, then it goes off - no lights. I checked the 20 amp fuse too, it was good.

Ordered my inrush current limiter in, changed it out, seems like that fixed it - thanks for this board

Just replaced the board on my Aqua Rite after replacing the cell one month ago. Still no lights (after no flow flashing for about a minute and then generating lighting up for 30 seconds). Now what? New cell and new board should equal chlorine and no more green pool. Very frustrated.

Also - I'm not an electrician, so what should the voltage and current readings be?