I know a lot of people who don't understand how I keep my pool so clear. So my natural thought progression is since these people never listen when you give them advice, why not start a pool care service based off of the principles we all use to keep perfect pools? The biggest thing I can find wrong is daily testing, but after initial balance I think i could do multiple pools with notes twice a week and maintain crystal clear conditions. What are other members(and founders) thoughts on this kind of business venture?

If all of your customers have a SWG or chlorine injection system, yes. Otherwise who is going to test and add liquid chlorine daily? It's really hard to maintain a pool to TFP standards if you only see the pool once a week.

I know of two folks who have "branched out". The key to success (other than hard work) is that these TFP'rs understand what and why they are doing certain things to pools. They can then make educated decisions on the best way to manage pools.....not simply by a vacuum and a pick-up truck.

Dave, I'm trying to wrap my head around what you are saying. The cornerstone of TFP, as I understand it, is owning a test kit and using it on a daily basis. Yet, I don't see how that is commercially feasible. How often do these folks, that have "branched out," visit a pool, per week? Do they limit their clientele to folks with SWGs or Stenners?
M

ewkearns said:
Dave, I'm trying to wrap my head around what you are saying. The cornerstone of TFP, as I understand it, is owning a test kit and using it on a daily basis. Yet, I don't see how that is commercially feasible. How often do these folks, that have "branched out," visit a pool, per week? Do they limit their clientele to folks with SWGs or Stenners?
Click to expand...

Nope. I see the cornerstone of TFP as knowing what you are doing to your pool, and knowing your pool. Many on here do not test daily, including me, as we know our pools and how they react and behave to chemical need/addition. I test once every 2 to 3 days in summer, once a week in the relatively warm FL winter months. Having said that, I add chlorine daily and MA every couple of days in the summer, so would struggle to see how that sort of schedule can be accomplished commercially. Winter yes as I only need to add CL once or twice a week.

Our cornerstone is knowledge. 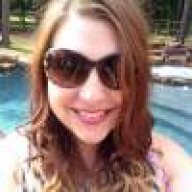 This is so weird! We were just talking about this last night. What we were discussing was more of an Education service for new pool owners (or pool owners that want to get out of the pool stores) - you could hold their hand for the first month and come and test and teach them testing precisely, how to use pool math , showing them how much to add, how to add - then they can have you come once a week or once a month to verify and assist as needed.

It would be pretty easy to justify the costs - especially if you are teaching them the BBB method - you could even make chlorine delivery part of the deal . . .

We were talking about it because of our friends who would like to try this out - but aren't "researchers" like me. They keep saying can you come teach us and help us learn it . . . They have a pool boy and their pool stays clean - I have no idea how much they pay. The first month would be an investment but the following care would be much less! 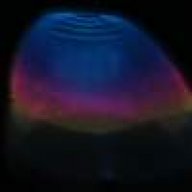 Assuming a balanced pool, what would be the cost in supplies, per day, per pool? What if you did at as chemicals only, no vac, minimal brushing for chemical distribution?

They deliver newspapers all over the place. The key would be to minimize the time and $ spent at each pool.

Folks, you, I think, are missing the point.

Current pool services appear once a week.... and that is a function of the business model.

I don't dispute the notion of education and "knowing your pool", but that isn't testing and dosing once a week, whether it be 105°, in full sun, with all of those unexpected guests, or at 35° and nobody in the pool for weeks. The once a week business model is the genesis of pills and powders for sanitizer, and all of the other PS lore. It has a foundation in fact, even if that fact is giving the pool a lick and a promise until next week.

Can you have a TFP pool service? I guess the question is, "can I charge enough to pay for visits more frequently than once a week?"

Are there any pool services testing, as suggested, even as frequently as 2-3 times a week?

If you can tell me how to do this, it would make a fun retirement job. I just don't think it is billable at cost+reasonable profit. 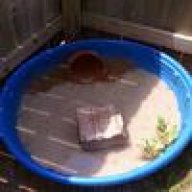 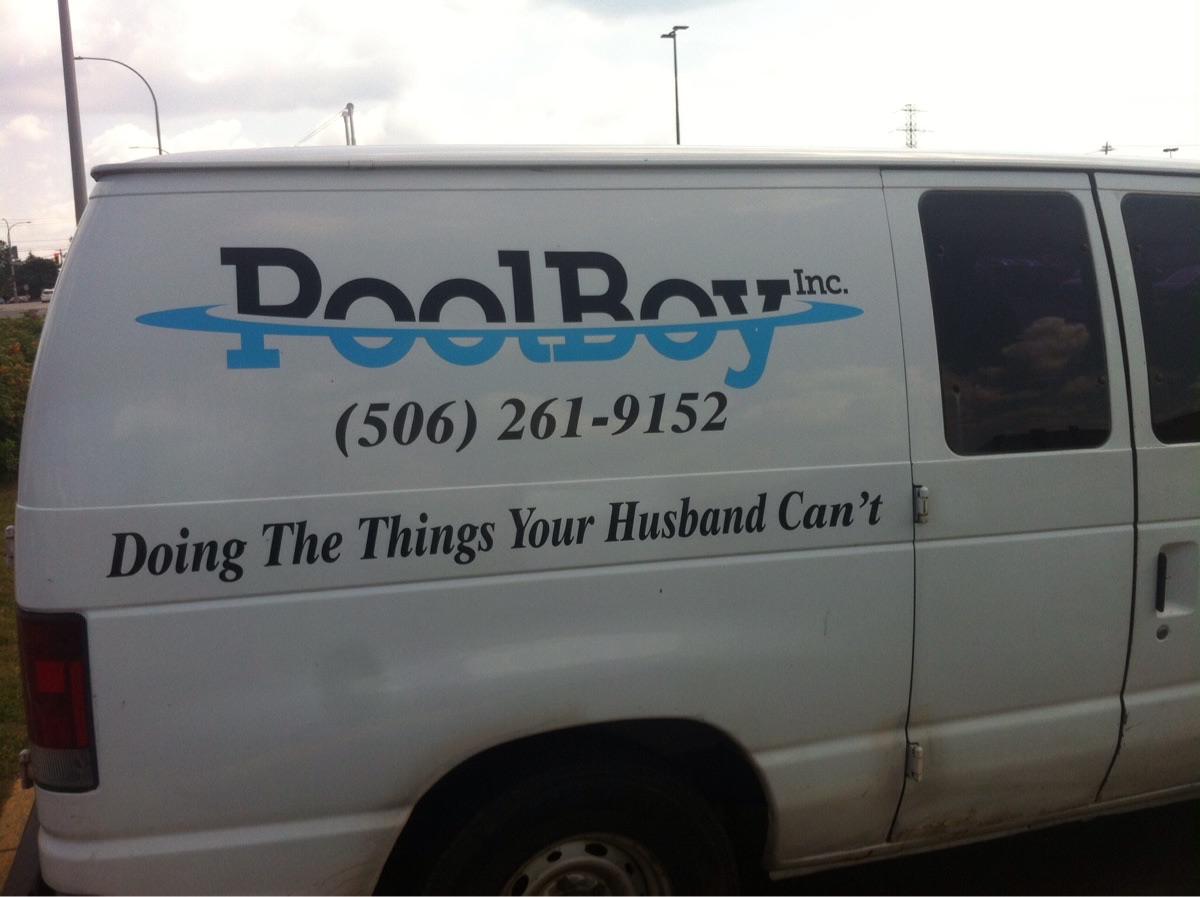 Frequent testing and dosing are incompatible with infrequent visits from a pool service, period. They are apples and oranges in terms of methods of pool care. Yes, the basic principles of using accurate knowledge can apply to both, but a pool service will quickly realize that for non-SWCG pools they either need to use Trichlor pucks and minimize the chlorine usage and use some supplement to prevent algae or they have to use high CYA levels and dose high enough to have chlorine last through the week.

In fact, these are the two basic methods used by all pool services, though they don't all realize why they do what they have stumbled upon doing. In the Trichlor puck camp, some pool services use copper-based algaecides, some use phosphate removers, some use weekly algaecides (linear quats or Polyquat), fewer use bromide. They vary in the FC levels they target and hardly any raise the FC as the CYA level climbs (that's where proper education would help). Some have CYA maximums where they will do partial drain/refill to lower the CYA. The pool service associated with the store where I get my chlorinating liquid services 2000 pools using Trichlor tabs either in floating dispensers or inline chlorinators, has a target 4.5 ppm FC, and if algae develops in a pool they first shock it and if the algae later returns then they use a phosphate remover. They also do partial drain/refill when the CYA exceeds 100 ppm. Note that by using supplemental algaecides or phosphate removers, that one can lower chlorine demand by half or more since one can target lower FC/CYA levels and have lower chlorine losses from sunlight and other sources. This slows down CYA buildup. If one can get to around 1 ppm FC per day usage, then the CYA buildup is 18 ppm per month while CYA loss still slowly occurs. So one can usually go for a 5-month season this way without having to dilute the water to reduce CYA.

In the dose once a week camp (i.e. don't use Trichlor), there are pool services that dose with chlorinating liquid (or Cal-Hypo in areas with low CH if it's less expensive) and/or chlorine gas (or a combination of the two) where they have a 100 ppm or higher CYA level and dose to 14 ppm FC resulting in around 4 ppm FC at the end of the week in time for the next visit.

In theory, a pool service could install a peristaltic pump or The Liquidator, but when I asked my local pool store about that they said that their clients generally don't want chemicals on-site due to safety for their kids. For whatever reason, having chlorinating liquid in a pool shed (even if in a locked container) is seen to be more hazardous than Trichlor pucks in a floating dispenser or inline chlorinator. 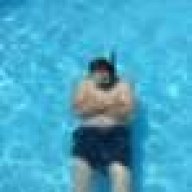 I was actually thinking about this as well. Before I had a pool, I never saw people asking about it on Facebook, but now I do. It could be an education process, or taking on the all maintenance with a very small amount of clients for some extra money on the side. I don't see it working as a business model on a large scale though.

And Skitch, not sure they are really talking about the pool..... 'jus sayin'

But they deliver newspapers everyday to varied and sundry homes and make money at it... Why not pool care?

pabeader said:
But they deliver newspapers everyday to varied and sundry homes and make money at it... Why not pool care?
Click to expand...

I can think of two reasons.... 1) it might take a few minutes longer to maintain a pool than toss a wad of newspaper in the general direction of a house and 2) only newspaper boys are willing to work for newspaper boy wages.

pabeader said:
But they deliver newspapers everyday to varied and sundry homes and make money at it... Why not pool care?
Click to expand...

Newspapers make their money from Ad revenues not from paper sales. If they had to rely on paper sales, your delivered copy of the NY Times would cost $200 per copy per day (that's a joke but you get the point).

Sent from my iPhone using Tapatalk 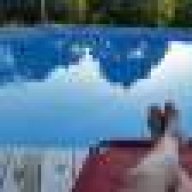 My husband suggested I start my own pool care business, ha ha.

A hobby can be very good for your taxes...use the loss as a write off. At least that's what my son does with his karaoke business. 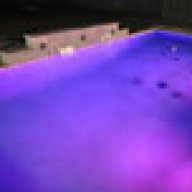 I have thought of this often. Why not get seven refillable jugs for each customer and prefill them with the amount of bleach needed for each day between visits. All the customer has to do is pour in a premeasured dose of chlorine each day. Make it idiot proof for the customer. Test once a week during the visit and adjust the other chems while you are there.
You must log in or register to reply here.
Share:
Facebook Reddit Pinterest Tumblr WhatsApp Email Link

DFW Truck Fire - Be Careful How You Store Chemicals!

If you need a test kit, careful with TF-100 orders. USPS is taking an absurd amount of time.