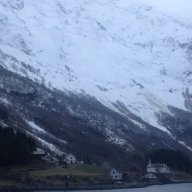 Not much on here on the forum for these SWG's. Wanted to put out what my experience has been on a CLG230A. Not very good so far.
I bought it new last year and installed it in late August and closed the pool in early October. So roughly six weeks of use. When closing I removed the cell and stored in the garage over the winter. I opened the pool in May. About five weeks later the GFCI blew and the Solaxx power supply had a fault with five lights - bad power supply.
I called Solaxx and they honored the warranty and were sending a power supply. None came. After the third call finally reached someone who was knowledgeable. They said what probably happened was that the cell failed internally and allowed water to flow up the wires inside the insulation, and into the power supply. He had me go out and disconnect the cell and shake the ends into my hand. Sure enough - water. Salty water. He sent both a new cell and power supply. They are now installed and working. We will see how long they last.

This thread probably won't be much use to many, but I hope it helps if you have a Saltron Reliant. If the first guy just sent the power supply it would have fried as well, not knowing the cell had failed.