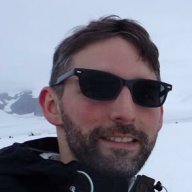 Is the app still in development? There hasn’t been an update on a year(iOS). Was hoping for a few features (previous posts on forum/via email about these).

I had the subscription issue too, restoring purchase worked after I did it maybe 5 times.

For starters I'd like to apologize for the subscription issues. It's been a very noticeable issue this year on both ios and Android. We have pushed an Android update out a few months ago to help address this issue plus did multiple "server side" updates on iOS but the headache still shows up...….just not as often as it used to...….but still ALOT more than I wish it would.

Now onto your main question concerning updates to the App. I'm going to answer the question with 100% honesty but it will involve multiple excuses. These excuses I do agree are a cop-out...…..but they're legit.

PoolMath is still in development, but we're gonna totally miss this year. The lead developer and myself have had multiple issues with our day to day jobs due to Covid that's caused us to put PoolMath on the back burner. We're still paying very close attention to it's reliability, but features were put on hold for the year. We still have plans for a MAJOR update shortly such as automation tracking and some major updates to the "new member onboarding" process, but we've clearly missed our deadline for an update this year. Is there a certain feature that's really caught your attention?

Thanks for the honesty @Leebo! I'm just happy to hear it hasn't been abandoned.

My main feature requests are nothing too crazy. For example, with the indoor pool others on the forum have recommended different dialed in FC/CYA targets, I'd like to be able to set those so I don't have to remember/look them up each year (and so the app doesn't tell me I'm outside of range). I'd also like to be able to enter a note in at the same time I'm entering results in
T

Also, how do I go back and access notes I’ve placed in th notes section of app?

tonytoothdoc said:
Also, how do I go back and access notes I’ve placed in th notes section of app?
Click to expand...

They are shown in Logs. Bottom right.
You must log in or register to reply here.
Thread Status
Hello , There was no answer in this thread for more than 60 days.
It can take a long time to get an up-to-date response or contact with relevant users.

An issue with the Pool Math App