New spa converting to SWCG after using up the Frog EasyChlor cartridges, getting weird numbers. 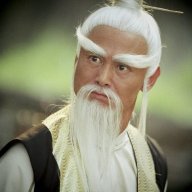 Over the weekend we got around to doing the first drain of our new hot tub. I've been running the thing with the Frog @Ease cartridges that it came with since July with what seemed like decent results. Water was clear and only occasionally foamy if I let the pH or TA wander too much.
Prior to draining, we did an AHH-some purge for 45 minutes with the filters pulled out and floating and all the air valves open. Plenty of green goop showed up, and we wiped it up and then dumped the water. Wiped down the shell and refilled. I used a filter on the hose like the first time. I was excited to fire up the SmarterSpa, so I put in half a box of borax (enough to bring it to 80ppm) , and 12 cups of pool salt and put the cell in before it was even all the way full. The salt level read okay and it started making bubbles. Hooray!
Once the spa was full, I did check the levels of everything and adjusted the CH and pH which was way high from the borax. Didn't occur to me that the calcium chloride I added for the CH is also salt, so now the cell is saying the salt concentration is high, but still working. Not worried about that too much. I can dump some water and add fresh if I need to. I also did a start up shock with 1 oz dichlor to add some CYA and get the FC up quick. That took the FC up to 6ish.
This is where it gets weird. I left the spa to warm up over night, going from 60 degrees out of the hose to the 80 degree setpoint. When I left it for the night, it was reading 3.6ppm FC. The next morning the SmarterSpa was on, generating, I don't know for how long. I tested the water and the FC was 0.4 ppm but everything else was pretty good. I shut off the SWCG and added another half an ounce of dichlor to help the SWCG catch up and to get even more CYA into the water, should be around 10ppm now.
That brought the FC to 2.6ppm. That time I checked the CCs too and they were at 4.0ppm. I then turned up the water temp to 100 hoping to use it tonight.
Left it for most of the day. Noticed that the SmarterSpa again turned on fairly early in the day. I don't know the precise setpoint yet, but I had bumped it up a bit from the factory default, since 0.4ppm is too low for my taste. I checked the FC after it was running for all day, about its whole 7 hour cycle, I checked the chlorine again and it was 1.8 FC, meaning that it had dropped from 2.6 far enough to trigger the cell and the cell had spent hours pumping it back up to 1.8 ppm. CC was 3.6ppm.
This seems like a lot of chlorine demand for an empty spa with the top on.
One more item, after we refilled the water, we noticed we were getting weird deposits around the waterline, different from what had shown up with the Ahh-some purge. Like black or reddish flecks, almost like pepper. That seems to be clearing up, but it makes me think we didn't get everything with the purge.
What steps should I take now?
I'm probably going to hit it hard with another big shot of dichlor to bring the CYA to 20 and kill whatever is still in there hopefully, but if this is still being dodgy by next weekend I'll purge and dump again. I just hope the weather holds, November is getting pretty late to be messing around with the hose.
A

Hello DrNinjamin: Thank you for using the Ahh-Some Plumbing Cleaner. The black and reddish flakes you mention are leftover remnants of the flush that probably ran back into through the jets while you were draining the tub. Nothing to worry about. Just wipe the residue that can usually spit out after the refill. What you have witnessed is normal.
Reactions: DrNinjaman and Mdragger88

Just get a rag or paper towel & wipe what comes out as it comes. Likely some residual that got knocked loose.
It’s the reason I always purge twice then refill.
Shock until the cc’s subside. Leave the lid open to help.
Unless of course u wanna purge again.
Next time use boric acid- so much easier to deal with. No real effects on ph.
Reactions: DrNinjaman

Following up, the big hit with the Dichlor has been bringing the CC's down gradually, and the waterline deposits have cleared up, I think I'm going to be good to go. Now I just need to get the SWG dialed in and enjoy! I did dump off about 5% of the water and replaced with fresh which brought the salt concentration down out of the high range for the SWG, so I'm feeling pretty good. The water looks and feels beautiful. Prior to dumping, it would get a bit foamy occasionally and was definitely getting tired and oversaturated.
One thing I will make sure to do the next time I do a purge that I didn't do this time is shock the outgoing water prior to purging to have something working to actively kill the stuff stirred up by the Ahh-Some cleaner right away, since my high chlorine demand in the new water has to be from residual stuff left over from before I dumped the tub.
Mdragger88, I'm not too worried about the pH climbing from the borax, I only add it once per fill, and it's easy enough to balance out after. Not sure where I'd get boric acid, probably mail order, but mule team borax is easy enough, cheap, and readily available.

Careful with adding borax just the same anyway. You want to do it in batches with acid additions in between or add acid right away to bring the pH in line. If you add 50ppm B via borax, the pH will shoot up to 9.0 (you can’t test that high) and any calcium in the water will have a much greater tendency to precipitate out as calcium carbonate. You heater coil will be the primary location of that scale. Best to do borate additions last after all your other balancing is done.
Reactions: Mdragger88 and DrNinjaman

JoyfulNoise said:
Careful with adding borax just the same anyway. You want to do it in batches with acid additions in between or add acid right away to bring the pH in line. If you add 50ppm B via borax, the pH will shoot up to 9.0 (you can’t test that high) and any calcium in the water will have a much greater tendency to precipitate out as calcium carbonate. You heater coil will be the primary location of that scale. Best to do borate additions last after all your other balancing is done.
Click to expand...

That's a good point, and I did balance the pH right away after I added it. Yes, I can't test that high with the color scale, but the Taylor kit's acid demand procedure let me figure out how much acid I needed to bring the pH into range in one shot pretty well. Count the drops of base solution until the color looks like 7.4 and then consult the table. Easy Peasy. Then, I'll just run the water at 7.0 pH for a day or so to redissolve any precipitated scale just in case. (this is a joke. I know that too much acidity is what got Flint, MI in all that trouble.) Incidentally, why would the heater coil be the primary place the carbonate would precipitate out? At the time it was heating full throttle to bring the hose water up to 80 deg, so the water near the heater would be a lot hotter than the bulk temp, right? Wouldn't that tend to suppress precipitating out of solution? I always thought hotter meant more stuff can be dissolved. I agree it would certainly be the most damaging place for scale to form, as it potentially blocks off flow channels in the exchanger and coats the surfaces, degrading heat transfer, but maybe not the first place. Regardless, I take your meaning about watching the pH closely.
Last edited: Nov 12, 2021

Ahhsomeguy said:
Hello DrNinjamin: Thank you for using the Ahh-Some Plumbing Cleaner. The black and reddish flakes you mention are leftover remnants of the flush that probably ran back into through the jets while you were draining the tub. Nothing to worry about. Just wipe the residue that can usually spit out after the refill. What you have witnessed is normal.
Click to expand...

Oh and one other thing, I am very impressed with how clear the water is after the purge. I did let the tub go on the first fill for a long time, but I was pretty attentive to keeping it balanced and sanitized. At least as much as I could with the Frog system. But I just noticed tonight that this new water is clear enough to still see the lights clearly with all the jets running.
Before I drained it, the water would go basically opaque as soon as the jets turned on.
I've learned just a huge amount about how to properly maintain this thing from this forum.

The pool store I bought the tub from will never see my shadow cross their threshold again if I can possibly avoid it. The complete lack of informed staff, the ridiculous mark-ups for baking soda and laundry chemicals? I think the last straw was when I was having some cloudy water problems early on and I brought in a water sample to have them test it. The [email protected] test strips were worthless, impossible to tell what kind of numbers I had. I show up at the store and the guy's all happy to help me out. So he pulls out another different test strip and dips it into the sample water. "You're fine, alkalinity's a little high". That was it. I asked about water testing kits. They carried one ****** one in the store, and poo-pooed them as less accurate than the strips. I wasn't impressed. So, thanks for being here, because I would be much more unhappy with my spa without the guidance this site has offered.
Reactions: Mdragger88

DrNinjaman said:
So, thanks for being here, because I would be much more unhappy with my spa without the guidance this site has offered.
Click to expand...

We are glad you have found our information helpful. Please, if you can, consider making a donation to TFP. We are staffed by volunteers and are registered as an IRS 501 (c) (3) charity and donations are what keeps the forum operating without advertisements.

Support TFP!
Reactions: dan1333 and DrNinjaman
You must log in or register to reply here.
Thread Status
Hello , This is an inactive thread. Any new postings here are unlikely to be seen or responded to by other members. You will get much more visibility by Starting A New Thread

W
Question on using the tub after weekly shock