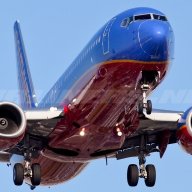 Just moved back to Phoenix after 15 years away. Bought a house with a pool and despite the chlorine levels being literally off the charts, there was constantly a layer of algae on the shaded sides of the pool. Well I read the book, and downloaded the poolmath app, and it's no wonder my pool was a mess. CYA (which I didn't know about and certainly had no understanding about chlorine lock) was off the charts. So despite the two chlorine puck dispensers left floating in the pool when I bought the house, the algae was having a field day. Having grown up in Phoenix and taken care of my parent's pools when I was a kid, we just tossed trichlor into the pools for years without backwashing or anything. No wonder I could never keep algae away. After reading everything I could find on here over the last two weeks I'm asking myself why anyone in Arizona would ever use trichlor or dichlor tabs? It's just a matter of time until your pool is out of hand.

Well now I've drained 2/3 of the pool, got everything balanced, and no more algae. On top of that I'm putting in the Liquidator tomorrow, and 30lbs of boric acid is on its way next week (Goal is 50 ppm Borates). I thought I was going to dread owning a pool, but this community and website has made it fun and easy. So thank you in advance for all the help I know I'll be getting down the road. You've already helped me more than I ever could have hoped.

O
New Guy to the forum