Just a small (but I guess big at the same time) update.

The Orenda tech decided it's not worth it for them to take over the startup and take on the liability since things weren't really that bad. The original onslaught of plaster dust has settled and at this point I just feel like I'm pushing around the same plaster dust every day. Don't really see new dust on the walls often. The builder's startup tech is hired for 14 days. He takes readings after brushing, instead of before, and his readings are consistently off from what I get. But that's okay. I'm going to try and talk him into vacuuming the bottom this week with a vinyl head brush so that we can see if we're still leaching plaster dust or not...but not a big deal to me if he doesn't.

There's a leak in the pool. Probably loosing about 2-3 inches of water daily. We're having divers in the pool this week to dye test and plumbers are coming out to test plumbing. Plumbing was under pressure up until the day before plaster was installed, so doubtful that's it. When the plaster company chipped out the wrong plaster, they damaged one of the light niches and it was replaced, so that's suspect. And after they got done installing the new plaster they had to hammer on the main drain some due to plaster build up, so that's equally suspect. We also have a autofill line going under our decking that heavy equipment drove over when decking was installed, so I guess that's suspect too.

While we continue to have problem after problem, the builder is trying hard to make it known this isn't typical for them and has been extremely responsive. They let our original project manager go, evidently he has several jobs in similar state of ours and has a reputation for never coming on site until there's a check $$ to be collected. They offered to pay for our water bill until the leak is fixed. I've sent them a punch list of every thing outstanding (including some nitpicky stuff) and they agreed to take care of it all with no push back. I guess they're just surprised that I'm not chewing into 'em on everything...amazing how patient one can be when you admit fault and commit to making it right.

My only concern right now that I don't know what I should do about - we have some plaster roughness, especially in areas that were saturated with water in the above video. The tanning ledge is the worse that I can see so far, and it's super obvious at night since there's a light that hits across it. Looks bad. I'm pretty sure that if I told my builder I wanted them to re-polish the tanning ledge in a few months they'd do it...but I don't know if that's reasonable for me to request or more trouble then it's worth. Here's a pretty good example photo of what a lot of the ledge looks like. There are a few larger trowel marks or polish "burn", but this is what's most common. 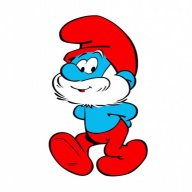 I would bring it to the attention of your PB, especially since they are being so responsive to you, and ask the how they would resolve this. In my view this is just a poorly applied plaster in that area.
C

I would bring it to the attention of your PB, especially since they are being so responsive to you, and ask the how they would resolve this
Click to expand...

@BigPapaSmurf I already have, and the people coming out to do the dye test are going to look at it then as well. It's the plaster company that's doing that, so I know that they're going to be more likely not to admit anything is wrong / say it's all fine. My PB on the other hand wants everything to be right, so I know that if I pushed them they'd probably do something about it. But I try to be pragmatic and recognize that sometimes a solution/fix can be worse than the original problem...I'm leaning on having them re-polish the tanning ledge after the plaster fully cures. But I literally don't know what that involves and what the risks are to that. 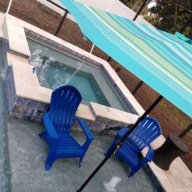 "They let our original project manager go, evidently he has several jobs in similar state of ours and has a reputation for never coming on site until there's a check $$ to be collected...." Hey! Sounds like our "site supervisor" moved to Texas!
Last edited: Nov 9, 2021
Reactions: TampaKathy and convan23

Edit: Their startup is 14 days. Today is day 7. So 1 week with low pH. Calcium levels have creeped down due to leak (replacing around 700-1k gallons a day on 15k gallon total), so here are current numbers:

It doesn’t matter if you’re right. Or if there is a better way. They have to maintain it for the first 30(?) days for warranty purposes. It’s small potatoes for a month in the grand scheme of things.

Now, if you run out there and rebalance it as soon as they leave each time……. You do you and we won’t tell.

@Newdude I'm not going to lie I have been running my bubbler non stop, but there's no head on it yet so not much bubbles so probably not raising pH too much. 14 day startup. Just worried about plaster.

It will be essentially impossible to 'keep' the pH at 7.2 if you have any TA at all. Even if they add acid to lower the pH to 7.2, it will rise quite rapidly. But watch the TA, as it is consumed every time acid is added.
Reactions: HermanTX and Newdude
C

Yeah I might be dropping baking soda in occasionally and keeping an eye on it
Reactions: Newdude

convan23 said:
Yeah I might be dropping baking soda in occasionally and keeping an eye on it
Click to expand...

*borax for only PH. Baking soda for both TA and PH, which may be needed. But know the difference

Ask away and/or doublecheck anything here.
C

Baking soda for both TA and PH
Click to expand...

Took new readings....been probably 4 hours since start up guy was by. He added Muriatic Acid and Chlorine (liquid). No CYA yet.

Using the Chlorine drop test, I didn't detect any chlorine. There's still probably a lot of SC-1000 in the water eating it up.

So...given this is a 7 day old plaster...what would YOU do? I'm afraid if I touch it he'll keep adding more and more acid every day to compensate his goal. I'd rather leave it alone and let him handle it if it's not going to be detrimental to the plaster, and if it will be, I'd rather talk to him about it and tell him what I want.

convan23 said:
Using the Chlorine drop test, I didn't detect any chlorine. There's still probably a lot of SC-1000 in the water eating it up.

Using PoolMath app, I got a reading for CSI of negative 0.70 using water temp of 65deg, 0 salt and 0 FC plus what you have listed above. So this is mainly driven by your low pH and the low water temperature.

Based on the NPC startup guide (attached) your TA is in line and pH slightly low but it will rise in a day or 2. Your CH is fine.

Yeah I got the same PoolMath Logs

I guess I’m just trying to understand if the aggressive water is going or hurt anything for a week. I could add calcium which would help the aggressiveness, but the pH is the main culprit. Startup guy isn’t measuring that either. I’m just not sure if it’s detrimental. I know what it “should” be, and how to get it there, but don’t know what happens if it’s not where it should be
K

Personally, I would try to get at least back to a normal CSI range. -0.7 is more than twice below the recommended -0.3.

Your CH has dropped a lot, but like you said you're having to replace water, and your fill water was at 150. I would definitely be watching that and add calcium if it goes much lower.

I had the advantage of ending my 28 day curing period right before it started getting cold here. So the water temperature was on my side for keeping a positive CSI.
Reactions: HermanTX

convan23 said:
I guess I’m just trying to understand if the aggressive water is going or hurt anything for a week.
Click to expand...

Your water chemistry will not stay constant for a week. You will see your pH rise because of the plaster dust, etc. So take a day break, A rise of pH to 7.2 will move your CSI to -0.50. Test again tomorrow at the same time and see where your pH is. Put into your Pool Math app to calculation CSI.
Keep your CH above 200ppm especially if you are diluting your pool water.
Last edited: Nov 11, 2021
C

HermanTX said:
So take a day break
Click to expand...

What I needed to hear. Thanks all!

I’ll consider raising the calcium level otherwise next Wednesday when I take over will be here quickly!
C

Start up guy added chlorine and cya for first time today. Here are my numbers a few hours after he left - PoolMath Logs

FC I measured at 15.5 on a drop test. No or 0.5cc. The Taylor 3 way shows orange for CL. Is this okay?! Should I do anything tonight. I take over on Wednesday so 2 more visits from him.

Under Construction Yesterday at 2:45 PM
joel98z