So far so good. I’ll be waiting though.

The app is pretty finicky / buggy though.
P

Patrickoleary said:
So far so good. I’ll be waiting though.

The app is pretty finicky / buggy though.
Click to expand... 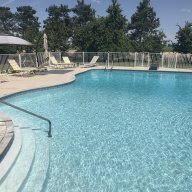 I am a wizard. Where is my demon?
Reactions: Patrickoleary 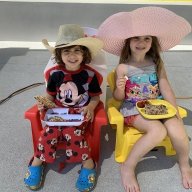 So what’s the new io lineup do we know

This is what we know:
Reactions: Exlonghorn
D

Maytronics issued an update to the M600 control unit to fix the showing of 100% complete all the time, and fix the finish time in the app.

To get the update:

Just did this unknowingly. App seems a little smoother & yes the timer works correctly now. Let’s hope they keep it up & iron out the last few quirks.
P

DjEclipse said:
Maytronics issued an update to the M600 control unit to fix the showing of 100% complete all the time, and fix the finish time in the app.

To get the update:

All seems to be working for me. Thanks! 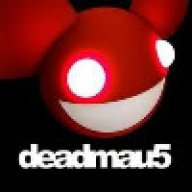 The Maytronics/Dolphin lineup is probably the most confusing in any industry. I just want to purchase the best in their lineup. Which one is it though?? Sorry for the rant.
Reactions: LakeMomNY
D

s281er238 said:
hows the m600 so far hows it clean I really love my Dolphin Nautilus CC Plus but thinking of getting m600 or i read there new line up iq line is gone be released
Click to expand...

It cleans great, never gets caught on my skimmer, gets all of the pool in the regular 2 hr mode.

I find cleaning the basket the worst part of the M600, I can't find a way to spray it with the hose to clean it without getting some part of my body wet. Aside from that it has been great cleaning wise so far. It even picks up fairly large twigs that end up in the pool.
D

Tommy said:
The Maytronics/Dolphin lineup is probably the most confusing in any industry. I just want to purchase the best in their lineup. Which one is it though?? Sorry for the rant.
Click to expand...

You are right, they rename the same unit 3-4 different names for some of their "premium" pool suppliers and then have a unit specifically for Amazon sales, its very confusing.

The M600 is their latest cleaner and most advanced. There is one in the works that is supposed to have what they call A.I. for cleaning but as of now this one is the newest and has the most features, including dual motors which helps it turn easier over their previous generation unis that had only one drive for the tracks.
P

I've had my Dolphin M 600 for only a couple of days now. I had a load of trouble with connectivity, could not get the app to start because it got stuck on not being able to connect to my high end wifi router (I have my own thread about that).
Took half a day's serious network hacking before the app would finally be satisfied and get past the setup. There should be an option to bypass wifi setup - most every other appliance has that. The method you were complaining about in
the review; disconnect from network, connect to the robot directly, then go back to the network, can be a very useful work-around in a situation like I encountered - it's been useful to me with various IoT devices when the automatic configuration failed.
It can still lose connectivity randomly. Since I don't actually find the app particularly useful - I tried a waterline cycle but it spent most of its time on the floor anyway - I don't much care in hindsight. Other than the waste of my time. POOR implementation
of the app, in my opinion.

The M600 has so far collected a lot of detritus, mostly this is mineral waste / sand in our case- the pool is indoors and we don't get stuff blown in by the wind. Because of the design of the edge of the pool, with a 3" ledge just below the waterline for the
hard pool cover to run on, the dolphin has problems with waterline cleaning. Comes up to the surface, cleans for a bit, but doesn't move along the edge - tumbles over backwards and wanders off to do the floor some other place. Subsequently the
top of the walls are currently the worst-cleaned parts of the pool.

All up, I think it's definitely a street ahead of the M400 that we had here as a demo for a week. 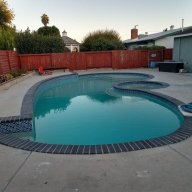 I was thinking about getting the Dolphin s300i but can't find a comparison to the m600, price wise or feature wise. Anyone have a quick break down for me?

DjEclipse,
Are you still happy with your M600 after all these months of use? I am looking at purchasing one through my local pool store, and the store owner suggested I look at the Polaris models because it's been his experience that he receives alot more Dolphin/Maytronics units within the first 3-6 months for warranty work and parts are hard to get, vs the Polaris models he sells which are in for service much fewer times.

@WillieFlo I'm pretty sure that most, if not all, the new Polaris robots are just rebranded Maytronics robots. I'm debating between the s300i or the m600 myself. But also found out that the Active 30i is the same as the s300i, just rebranded for different channels. It's very confusing once you dive down the rabbit hole.

You should give Margaret a call over at Marina Pool, Spa and Patio. I spoke to her last week, she's super nice and knowledgeable and they take care of TFP members. I had originally spoke to a local store and Margaret's price, without haggling, was less than what I asked the local store to sell it to me for... and they said "no way, that's below our cost." They also have the m600 in stock and at a great price.

@Palpatine. Pentair robots are rebranded Maytronics. Polaris robots are completely different than the Maytronics ones.
W

malba2366 said:
@Palpatine. Pentair robots are rebranded Maytronics. Polaris robots are completely different than the Maytronics ones.
Click to expand...

Thanks, that's what I've seen through my research as well.

Well, they both start with a P ?‍

My apologies, @malba2366 , you're correct. Here's a great article about them: The Truth About Pool Cleaners: What Your Pool Store Isn’t Telling You

Fifteen years into the 2000s, the landscape has changed in the world of retail. Where we used to have to go to visit a specialty store to purchase any given item, the presence of the internet makes essentially any searchable product a click away. Traditional brick and mortar stores are becoming...

Maytronics is the king of this...they have so many different models for different channels, making it almost impossible to keep track of. It must be a nightmare to manage all those separate SKUs for a relatively small volume product.
You must log in or register to reply here.
Share:
Facebook Reddit Pinterest Tumblr WhatsApp Email Link

Are there different baskets for the dolphin?