In the process of collecting quotes for a re-plaster (or maybe quartz or Durazzo). There was a big question of whether we'd need to replace our two pool lights- there was a breaker box issue that was since fixed, so now we know the lights actually work . The 25+ year old lights have seen better days, and I'm wondering if there's a way to find replacement rings/bezels and lenses without replacing the entire assembly. No idea what model these are. Going to get in the pool sometime this week to see if there's a manufacturer/model listed on them but I'm not hopeful. Ideally the contractor we select just does it when the pool is drained and they're in there, but want to know ahead of time, if at least there's something generic that can be used so I can confidently say, no , we don't need to replace the whole thing. Would size and number of screws do it for me? 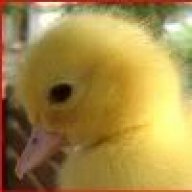 Typically an old light fixture will come out by removing the single screw at the top. Then you can find the make and model of the fixture.

That said, you can often find replacement bezels, or you can try cleaning up the old ones.

I would seriously doubt that a plaster guy is even remotely planning on replacing them.
T