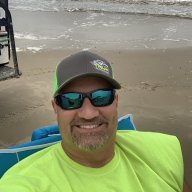 After researching why my pool continued to get green and require brushing ever 2 days I discovered that it was likely due to my CYA being off the charts high. I ordered the TF-100 test kit and began the process of lowering the CYA.

I’ve have drained and refilled over half of my pool 3 different times to get the CYA down to 30. I then added started adding muriatic acid about 2 gallons at a time to get the PH (7.8) down I was able to see a change in total ALK but nothing really PH wise. As I was doing this the pump was running 24 hours a day.

As I was attempting to get the PH down unsuccessfully the pool continued to become a green monster. I decided I better start adding Chlorine which was at 0, to prevent staining, while I waited for my test kit. I planned to SLAM the pool when the kit came in but needed a test that could read high enough for that process.

I added 10% liquid chlorine from Wal-Mart starting with about 5 gallons and then adding a couple of gallons everyday for about a week. Total chlorine put in was 21 gallons. I tested my CYA and it was showing a 29 so ai decided to also add some shock to the pool.

I continued to test the chlorine and couldn’t get it above 2.8. I had to leave town for work for a week and now I’m back and my test kit is here.

Pool water looks good clear not cloudy but there is algae staining on the walls that is not coming off with my new whale tail brush.

I tested everything tonight and here are the results.

I just don’t know where to start or how I’m going to get this staining off the walls.

Follow the SLAM Process. Use FC/CYA Chart for a CYA of 50. Lower your pH to 7.2 before you start.

Your CH is low for a gunite pool. I suspect your TA test is artificially high. See Total Alkalinity - Trouble Free Pool

I have never heard of algae staining??? Where did you find that info?

Can you post a pic of the stains?
You must log in or register to reply here.
Thread Status
Hello , There was no answer in this thread for more than 60 days.
It can take a long time to get an up-to-date response or contact with relevant users.

P
Going back to salt