Not sure where to put this but I am having some deterioration on the underside of my pool deck. I am not sure if I should use some no sag sealant here or some waterstop cement or something else.

I also have a gap where an earthquake lifted the corner of the pool deck.

Does anyone have a recommenation on that is best to use here? See pics below 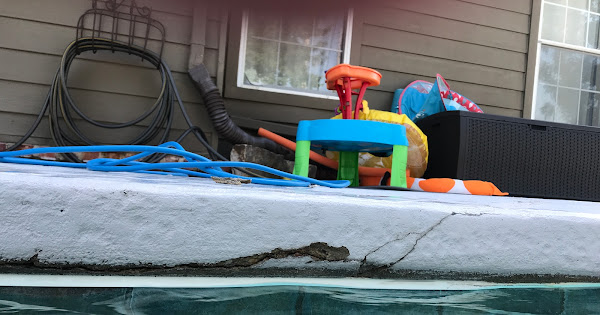 You can use epoxy concrete crack filler for the cracks.

You have a cantilevered deck. Don't connect the space under the deck to the pool structure. They need to float independently. see ...

Expansion joints – or more appropriately called isolation joints – are an essential part of constructing a structurally sound pool and deck. Concrete (and other similar decking options) expand and contract with changes in temperature which make an expansion joint necessary to prevent the deck...

You have concrete deteriorating where the only fix is a new deck eventually.

1. Do those cracks extend across the decking or are they simply on the face of the deck.

2. What is that white line? Some sort of plastic trim?

3. There is a gap between that white stuff and the waterline tile/slate.......what is up inside that gap?
T

Yes, most definitely a cantilevered deck based on that thread.

1. I have some cracks in the top side of the deck as well but not too bad.

2. The white line is probably something they put in there to hold out the water between the deck and pool top. As AJw22 posted the link to the other thread that talks about the cantilver decks "The tile can be grouted as usual but the top joint between the deck and tile should be filled with a flexible sealant that is not silicone based. "

3. The gap is only in that one corner where and earthquake or something that caused some ground shifting must have lifted the cantilevered deck up from the shell of the pool.

The gap is only in that one corner but I have a couple of places where the concrete is deteriorating on the underside of the cantilevered deck. Probably some of that is due to the fact that they did not put in an auto drain on this pool so when it rains I leave it high, unless it goes over the tile, and probably form water splashing up on it all the time when we swim. I may lower the water level to see if that slows it but my Wife loves the look of the pool when it is really full so it may stay high.

I will probably have to re surface the pool in a year or so and I can fix the deck then. If the deck is fine except those edges can I just cut out about 4 feet from the edge of the water and fix it from there?

I ask because as you can see from these pics, I have a lot of conrete in that deck. 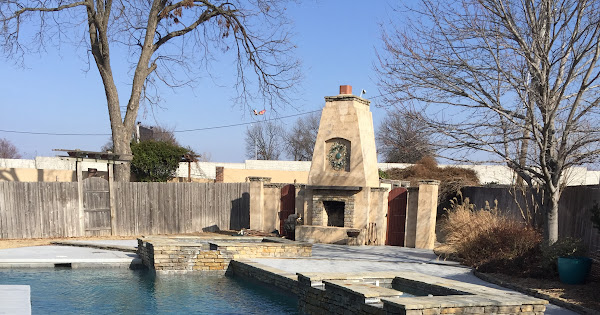 but my Wife loves the look of the pool when it is really full so it may stay high.
Click to expand...

There is actually not any cracking in that section that I remember. I will have a look and take a picture tonight. I have had a leak fixed in that area and it appears the previous owner did as well in another spot near there.

When I get home I will snap a few other pics of the top of the pool deck. I am also needing to repair some spalling in a few areas and I am trying to decide if I should just patch up for a few years and then do some major repairs on down the line.

My guess is the ground underneath that decking is settled. I would think about patching up and then the major repairs as you indicated.
T

Ok, took some pics. I am not sure if you can tell from these pics but the section that has lifted by the pool actually doesnt have any cracks in it. However, it does have an expansion joint on either side so I am thinking it must have sunk at the other end and pushed the end by the pool up.

As you can see from the other pics I have a few small cracks in other areas but nothing that has a significant difference in height on either side. 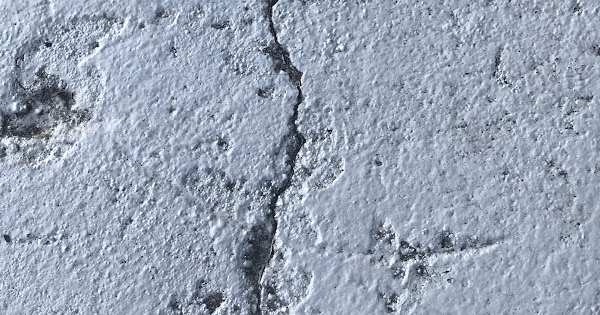 I see those pics are not real helpful when I look at them.
The first pic, with the boards and rocks in the middle is the one where you can see the two expansion joints on either side. The upper left hand corner (out of the picture) is where the lifted corner section is. The other pictures are really just to show I have only a few very thin cracks.
T

Do you guys think this stuff would work well to patch the underside of the deck?

tagteamcomputing said:
Do you guys think this stuff would work well to patch the underside of the deck?

Hydraulic cement will expand and make crack problems worse. I am not sure exactly where you intend to apply it.
T

I am planning to apply it on the underside of a cantilevered concrete deck. If you look at picture 1,2,3 of the first post you can see what I am trying to repair. I am more trying to protect the edge from further deterioration and since it is on the underside it wont be that noticeable. I really want to put it OVER the cracks to protect them, more than in the cracks.

Not sure if that is a good idea though.

tagteamcomputing said:
I am planning to apply it on the underside of a cantilevered concrete deck. If you look at picture 1,2,3 of the first post you can see what I am trying to repair. I am more trying to protect the edge from further deterioration and since it is on the underside it wont be that noticeable. I really want to put it OVER the cracks to protect them, more than in the cracks.

Not sure if that is a good idea though.
Click to expand...

You are there and can see the issue better than we can. As best I can tell, part of your decking has settled in the rear, causing the monolithic coping to raise up at the pool wall. I can only think of two fixes for that....

1. Use a professional company to "Ram Jack" the rear of the deck back up, causing the slab to come back down at the pool wall........Probably not very easy (I can't see it) and likely pretty pricey.

2. Remove all that settled concrete and have a concrete contractor re-level the substrate and repour the concrete. My guess is it will be more than the Ram Jack idea but probably not double
T

ajw22 , I also looked at some epoxy fillers at home depot as well. It is just that in a few spots it looks like it might need a bit more than just epoxy filler.
T

Sorry, I probably should have created two threads because the part that duraleigh is talking about is a bit different issue.

No, if you have more input, keep everything here.......don't start another thread.........thats VERY confusing
T

Ok, so I will summarize this thread and keep it in one

I have two issues with my pool deck, which is a cantilevered deck.

Issue 2 - Still not clear on what material would be best to cover this gap and keep water out.

Thank you guys for all your help, if anyone can chime in on Issue 2 on what to use that would be great. Also , if any of the above is incorrect or there is something we missed it would be great to hear input.
Thanks
M

Issue 1 is a tough one. I think hydraulic cement would work well for this if you can get the cracks cleaned out well enough, and try to only apply in the crack rather than overlapping the paint at all, but that is a big if. It doesn't expand enough to cause issues unless a piece is barely hanging on, in which case it's better to just remove it anyway IMO. Epoxy will work ok as well, but will be more difficult to work with and blend in with the texture. Do you usually keep the water that high, or were the photos from right after a rain?

Issue 2 needs to be addressed properly, preferably by removing and re-pouring that section, but in the mean time any flexible sealant should work fine to keep water out until you have the funds for a proper repair. I'm partial to Sikaflex, but any flexible sealant will do.
T

Issue 1
The water is not usually that high, it was from right after the rain. However, see side note below.

SIDE NOTE - on water height.
I bought this house with the pool already built. The pool builder did not put in an auto drain. Also I asked the home owner if there were any leaks or issues and, of course, they said no.
Right away I had to start filling the pool with water more than I thought should be normal. Often times I would do 2 hours of water every few days. I called and talked with several people and they talked about evaporation rates, and spilloveres etc, etc, but no one would give me a straight answer. So I ran the bucket test, turned pumps on and off, did die near the returns and all kinds of tests. Finally I convinced myself there was a leak and called out American Leak Detection. Sure enough there was a leak, so I had it fixed.

The side not is because of that traumatic experience, when it rains I leave the pool high so I don't have to add water and let it evaporate over time. So I don't normally keep the water that high but try to have it half way up the tile using the skimmers as the gauge.
You must log in or register to reply here.
Share:
Facebook Reddit Pinterest Tumblr WhatsApp Email Link

C
How do I fix a Gunnite pool that was not cured properly?