mknauss said:
sell it (morally that is difficult)
Click to expand...

I sold the bags of shock that came with my house for half price to somebody who was gonna buy them anyway. I got rid of them, he got a deal, everybody won. He wouldn’t have listened to me about TFP yet anyway. Gotta fail miserably first.
Reactions: TriangleMan and mknauss 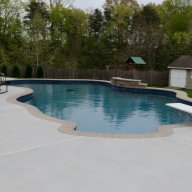 triangleman3 said:
Wow, thanks for the heads up! I'll look into removing the Nature 2 mineral cartridge (I've seen other posts on here about how to do it without damaging the cap), or just cutting it out of the line entirely (it's just patching a PVC pipe after all).

It's amazing the amount of trouble I was looking to get into if I followed the pool builder's advice and used all of their recommended chemicals. They've partnered with BioGuard which pushes all kinds of "Blue" products, a buzzword which I read elsewhere on here is a key hint that copper is included. I checked the BioGuard Silkguard tablets and sure enough they include just under 1% copper sulfate pentahydrate (not to mention the CYA). They would have had me regularly using trichlor tablets with copper, weekly shock treatments with multiple bags of dichlor, 3 oz/wk of 13% copper-sulfate algaecide, and 11 oz/wk of their phosphate-removing clarifier potion.

I'm more thankful than ever that I found you guys early on.
Rather than being constantly disheartened by an out-of-control pool, my biggest problem now is what to do with hundreds of dollars of worse-than-worthless chemicals that are sitting in the storage shed...
Click to expand...

Luckily I found this place near the end of my build. They didn't insert the mineral cartridge because the plaster had to cure so I never installed it. I just left the blank cap in place. I get questions all the time about how my pool is so clear without the use of algecides and all the other magic potions the pool store promotes. I just say thank you and smile then point them to this group. Be patient, read and ask questions. You'll be an expert in no time. 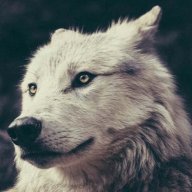 mknauss said:
Return it, sell it (morally that is difficult), or take to the local household hazardous waste site.
Click to expand...

Agree. I have the same issue. $300 plus of worthless chems. Though for vacations you can use the pucks to keep your pool chlorinated while you are gone. Still, I have lots of other chems that as @mknauss says I just can't bring myself to foist upon another unsuspecting pool owner! I could never manage/own a pool store! ROFL
N

LoneWolfArcher said:
Still, I have lots of other chems that as @mknauss says I just can't bring myself to foist upon another unsuspecting pool owner!
Click to expand...

Tellin ya. Lol. The guy who bought mine was a property manager buying them for ‘some rich guys indoor pool’ that he maintained that was a swamp from his methods not working. He was not ready to learn and he was buying powdered shock with or without me. I wasn’t scamming him in the least.

So selling your extra trichlor tabs is akin to selling crack now?

Yes but legal!
Reactions: Wobblerlorri, Flying Tivo and Oly
You must log in or register to reply here.