Does FC need to be less than 3PPM before adding salt? 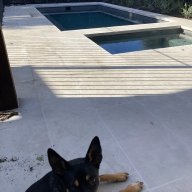 Hi there,
Happy new year everyone and let’s hope it’s a step up from 2020! Thanks all for the incredible wealth of discussion here.
Two questions here about salt in a SWG pool.
1) TFP recommends to have salt for SWG pool 200-400 above recommend levels. My SWG manual recommends 3500 - 7000. So is the higher TFP level above the lower end, or the upper? I imagine it’s the lower end.
2) My bag of salt I just bought notes that FC should be below 3PPM before adding salt. My FC is around 5 and 3 is below the TFP recommended level. Does it really matter? Why would they say this?
Other than that, the other info on adding salt in TFP forums is greatly appreciated.

I can't see where the initial FC level would make any difference...

I run my salt about three or four hundred above the lower limit..

Thanks Jim. I thought the same. It’s perhaps a fail safe for people who don’t monitor FC at all as the SWG will output a bit more than it was with lower salt. Who knows?
And thanks for your thoughts on the lower level; that’s what I’m aiming for.
Much appreciated.

Those FC and pH levels sound like old school pool "balancing" numbers to me, before the science of the FC/CYA relationship or CSI was understood or used. Perhaps the salt manufacturer thinks they are doing you a favor by telling you how to setup your pool water, but they lifted number from some out-of-date resource. Who knows. You should ignore those instructions and maintain your water per TFP guidelines.

I would also ignore the first line on the other side of those instructions, because pouring all the salt in one place is exactly how I do it. I don't leave it there, of course, that might be what they're warning about, I brush it into the water until it is dissolved. The first time I added salt I distributed it all around the pool, then chased around and around trying to brush that all in. What a pain, especially in the deep end. Took me forever to get it all dissolved. The next time, I just dumped the bag in the shallow end, in one pile, and then brushed away at that. In essence just trying to brush the pile onto itself. Like trying to keep it all together. That went lickity split! All dissolved in just a few minutes! I think they're telling you not to leave it in a pile, but you wouldn't do that. You brush until it is dissolved.

It's important to measure the existing salt in the water before you add more. Otherwise you could overshoot your target amount. Salt might be present from using chlorine, tabs, acid, people swimming and it can be present in the fill water, too. You might have more in there than you think.

The "200-400 above" recommendation refers to the low end of the scale. I'd ignore that, too, but I'm sure whoever determined that had a good reason. But as I mentioned, the salt in your pool will accumulate over time, as it has been. And it doesn't evaporate with the water, so the salt level will likely keep going up, eventually requiring you to exchange water to bring the level back down. Why give it too much of a head start? If the SWG manufacturer spec's it'll work at 3500, then start there and see if it'll fire up. One reason to add more is to cover the fact that as the water cools in the off season, your SWG will perceive there is less salt in the water, and will shut down if the level gets too low. For example, if you're at 3500, and the SWG thinks you're at 3300, then maybe it won't fire. But this is springtime, and water is warming up. By the end of your swim season, your pool will probably have accumulated that extra 200 margin, from all the swimmers, and you'll be fine for the cooler months. If next fall you notice the SWG underperforming, then add a few hundred more then. But I wouldn't at the beginning of the season. Just my way of thinking on that. There's nothing wrong with running it higher, so do so if you're more comfortable with that, I just don't like to...

Be sure you wait a few days after adding salt before firing up your SWG. Ironically, one of the most important safety considerations when adding salt seems to be missing from those instructions!! Even though you'll brush in the salt until it dissolves, you want the salt well circulated and evenly mixed in before you fire up the SWG. Running water through an SWG that has some patches of high salt content and then low salt content can be bad for the SWG. So give it a day or two, pump running, to really get well mixed in before turning on the SWG. This goes for adding salt later, too, if and when you need more. Always let any change in salt level mix in well before energizing the SWG.
Reactions: Opasan45
J

Pins said:
My bag of salt I just bought notes that FC should be below 3PPM before adding salt.
Click to expand...

Maybe they are worried about iron stains because salt will sometimes contain iron.

Higher FC could increase the risk of iron stains where the salt hits the floor.

Thanks all for your thoughts. That confirms my thinking. Very much appreciated.
You must log in or register to reply here.
Thread Status
Hello , There was no answer in this thread for more than 60 days.
It can take a long time to get an up-to-date response or contact with relevant users.

D
Salt PPM at 1200 BEFOR adding salt? Should I drain and refill?

Just Getting Started Sunday at 2:25 PM
zcmack
Z
D
Do I really need to drain hot tub before adding SWG as directions say????