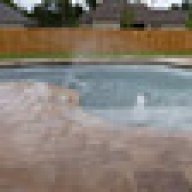 bdrex28 said:
Now in your case, if you specifically listed or chose the tumbled then you have an argument, they screwed up. And they contractually have to put on what you contracted or you come to a mutual understanding of a solution.

But if you only had "travertine" then they could wiggle out of it as they gave you "travertine".
Click to expand...

We should be good there. Just found the PB's PM to me that we were quoted "Tumbled."

That is helpful. But if the contract merely states travertine the question is whether the email is admissible to establish the intent of the contractual language. 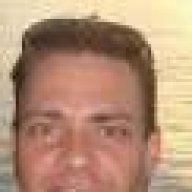 grottoguy said:
That is helpful. But if the contract merely states travertine the question is whether the email is admissible to establish the intent of the contractual language.
Click to expand...

This is correct, although intent is established by both parties communicating via a device that creates stored data. It's tricky, but I'd push the issue with the PB showing the text record.

Also he never actually confirms your selection of tumbled. You say it but I don't see confirmation from the PB, unless I have the parties reversed and I don't think so.

He's the one that says it. Also, this was an upgrade from the original contract. The contract was written for cement pavers. We first discussed going with travertine and expressed our concern about potential slipping. He told us it depends on which kind of travertine and said, "we use tumbled travertine." Then, when pricing it out, he replied with the price of +3 for "tumbled" travertine in the text message. After that and addendum to the contract was written on loose leaf paper with pricing, but there is only says, "travertine."

If I remember correctly, contractual law in my state says if it was a verbal agreement it is contractual if it can be proven there was a verbal agreement. This takes it one step further and shows that he informed us we were paying for tumbled travertine in writing when forming the agreement and what the cost is for that particular upgrade. At the end of the day, it may not really matter as the issue here is he installed a knowingly dangerous material for our pool deck. There was no and is no evidence of our requesting honed and filled travertine.

This thread has become a legal issue between OP and his PB. If you are a lawyer, you can PM your services to OP. Since we are a swimming pool forum, I am closing the thread.