Black (I think) Algae that will not go away 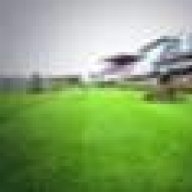 Just finished doing the OCLT, 1 ppm loss (3.5 before sleeping and 2.5 now at 6am). In general, does this indicate any sort of level of severity/significance? Or if more than 0.5 just a sign that algae is present? Eg say 3ppm loss might indicate severe algae whereas 1ppm would be a minor (but still there) amount.

Eg say 3ppm loss might indicate severe algae whereas 1ppm would be a minor (but still there) amount.
Click to expand...

What does that mean? Who is eg? 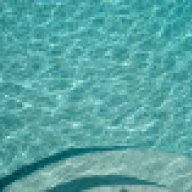 "eg" means "for example". So drewh is saying "for example, say 3ppm loss might indicate severe algae whereas 1ppm would be a minor (but still there) amount."

drewh said:
Just finished doing the OCLT, 1 ppm loss (3.5 before sleeping and 2.5 now at 6am). In general, does this indicate any sort of level of severity/significance? Or if more than 0.5 just a sign that algae is present? Eg say 3ppm loss might indicate severe algae whereas 1ppm would be a minor (but still there) amount.
Click to expand...

Reread the guidelines of acceptability for the OCLT test. You are asking questions as if you have not read the article or have no idea what the purpose of the test is and, importantly, what the results mean.

Dave I haven't yet SLAMed the pool. This was purely just to see if I had living algae in the water as Jason suggested a few messages above because the FC was low and I'd seen some small amounts of algae on the walls. My only mistake was thinking 0.5 was the threshold to pass the OCLT when it's actually 1ppm, ie according to the test there shouldn't be any living algae present. Is this correct?

You see algae. Therefore there is algae in the pool. So, you need to SLAM. The OCLT is a tool to know when you pass one of the 3 criteria to be done SLAMing.

Starting the SLAM tomorrow, will let everyone know how it goes. The algae that's been there for seasons and been back on a daily basis is significantly less now, so it might well be a short SLAM. The only two incidents that happened were the pool went green several weeks ago when I turned the cell off for a day to add salt, and I brushed those two spots (don't remind me). Apart from that I don't know how that black coloured algae on the floor has stopped reappearing, it was literally coming back in the same spots within 1-2 days as the pictures show, repeatedly, all year round.

Let's hope it's gone for good and the SLAM kills whatever remnants well and truly.

* Quick question, ok to leave the pool cleaner in the pool disconnected during the SLAM? I'll vacuum daily as the directions suggest and backwash the filter before I start *

If you do not need to run the cleaner, I would remove it so that it is not exposed to the higher FC levels at all times. Although certainly would not hurt to have it in there for a little while to kill off any algae that might be on the cleaner.
Z

Good luck in your SLAMing. You will definitely kill the algae. I wish you would have started it weeks ago though. Post pictures of crystal clear water next.

Thanks zethacat, SLAM is in progress as we speak, day 2! The delay was mainly thinking those two spots were actual black spot algae (versus worn plaster, despite the weird shapes) and wanting to treat them.

Water is looking quite clear, except still the beginnings of that algae again (just the very early growth, and brushes away with a bit of dust afterwards). So guessing I'll have to slam 4-5 days to really kill every last bit of it.

Here a pic where you can see the algae very slightly at the bottom of the pic:

It's looking so much better. Keep up with the SLAM and continue to post pictures of your progress!

Thanks zetha I will. Question... the colour of the water/plaster with water is quite a light blue now. In the past even last season it was a deeper blue. Would the CYA level have any effect on this? (currently very low at 20/25, usually around 60/70)? Or the high FC? Otherwise not sure why the change...

The CYA level will not affect the color of the water ... which should be crystal clear. If you are seeing a "color" then it could be dead algae making the water slightly cloudy.

Jason I mean more the colour the plaster gives the water (it's white plaster so..) but in the past it has definitely been a darker shade of blue. Past meaning even late last year.

OK .... but any dead algae in the water will make it look lighter.

Update on the SLAM - water is looking much clearer BUT I've decided to stop the SLAM 'early' (after 3 days). I'm noticing in more than a few places the high chlorine is causing the surface to start to deteriorate faster. A few spots where the marblesheen was getting thinner now look worse at a noticeable rate (one spot showing black layer beneath through, but other places I can see are getting hit a bit too hard). I'll measure OCLT tonight but the algae is mostly gone - still that slight black cloud of dust when brushing and what looks like it beginning to form in one area that it did. The real test will be when the chlorine level drops to normal and without running the pool cleaner if the marks and algae start showing again. Hopefully not.

Still very happy with how it looks, see pics below. Main thing is I'm hoping that algae doesn't start up again - time will tell.

Drew, that was not a casual statement. You are devising your own methods (and they show a lack of understanding) and so you may well end up with some unique results.

I'm noticing in more than a few places the high chlorine is causing the surface to start to deteriorate faster.
Click to expand...

I have no idea what you are seeing but it is not from chlorine......it doesn't work like that.

Dave, I have absolutely followed it to a tee, done every step including multiple brushing daily, checking 4-5 times and very regularly topping up FC. The water is looking really good.

But, I can definitely see that since starting the SLAM areas of the pool are starting to get worse. Ie where the marblesheen is worn I can see it getting less and new areas have broken through (I'll try to take pics). I knew all the weak areas like the back of my hand before starting to SLAM so I can definitely see the change. When I say the surface is worn it's hard to explain in words, I'll take some pics and post them tomorrow so you can see what I mean. The closest way to describe it would be as if the surface is almost dissolving in parts (this is before the slam), where a small mound forms and now I can see more of the black concrete / bottom layer coming through. Several marks like this have worsened since I started SLAMing, so if not the high chlorine what would coincidentally cause it?

In any case I'll measure the FC tomorrow morning and see what the OCLT comes out at, it may well be 1ppm or less. All the algae has gone, I just have tended to see this very slight black dust when brushing the areas it was previous at.

But no question it has helped & the pool is looking great. Test will be if that former algae starts reappearing in patches, hopefully not.

Have these two pics - this is on a wall, prob one of the worst wall marks & is worse since starting the SLAM.

Then see this one at the bottom of the pic? That brownish looking mark isn't algae, it's the surface underneath the marblesheen coating starting to show through. There are a few marks like this around the pool, and I do believe several have gotten worse since SLAMing.

Please post a full set of test results including water temperature. Pitting issues are more often than not caused by acidic water (CSI below -0.6 for extended periods). If algae was sitting in those pits, I think it could make pitting worse. It is extremely unlikely that temporary shock levels of chlorine are causing the plaster to deteriorate. Chlorine isn't even used in determining CSI. One would hope all pools should be able to handle large amounts of chlorine for long periods of time .. After all this is what is used to sanitize 99% of pools in existence (I made up the 99%, but I assume the percentage is very high or close to that). From your pictures it looks like you might still have algae. If you do, and you stop the SLAM process now, it probably won't disappear and you'll be back to square one.

Definitely wait for someone with more experience in chemistry to chime in like chem geek because I am a newbie and wouldn't want to give you advice that would cause damage to your plaster, but I'm fairly confident what I am saying is accurate. The information on this web site is pure science and chemistry. There is very little guesswork , if any , involved.

The condition of your marblesheen has nothing to do with the SLAM process. As Dave said, the chlorine is not causing the problem. In fact by raising to higher FC levels, you are raising the pH so you are LESS likely to be causing any chemical damage like you are seeing (unless you dropped the pH too low). Post up a full set of test results.

Bottom line, your pool surface is shot and clearly needs to be replaced. If anything, it is your brushing that is causing the surface to further fall apart, not the chlorine.
You must log in or register to reply here.
Share:
Facebook Reddit Pinterest Tumblr WhatsApp Email Link

S
What is this black in my pool?

Aug 2, 2020
Katodude
K
C
Do I need to get all the Black Algae out? Can I go back to normal chlorine levels now and start swimming again?

Is this black algae?