Black Algae or not?

Had a black dot in the pool for sometime, after a few months there was more of them but not much & then now many more. Made the mistake & tried Leslie's pool Black Algae remover with shocking, brushing & stuff, no change. Couple of months later with 90% pool season black algae tri-clor, brushing, cleaning filter, brushing, ...., no change, big mistake as CYA shut up & I actually got more black dots! I am learning.
These black dots don't have a head to brush away or anything like that, they are like into the plaster. A few had heads, I knocked them off by flat screw driver and as you can see as in pictures it is like rock brittle.
Going to try Jack's magic diag kit to see if it shows anything on the dots & the stains you see in the pictures.
Then probably assume they are black Algae again & go at it.

Any feedback much appreciated! 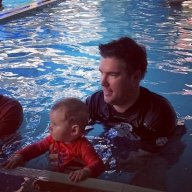 If you wipe it on paper does it smear any particular colour?

It would be helpful if you report a set of test results but you will have to chip the calcium off mechanically before you can apply some preventative methods.
You must log in or register to reply here.
Share:
Facebook Reddit Pinterest Tumblr WhatsApp Email Link

A
Black Algae and Skin Infections