If not in the business of making money, then why not go completely non-profit? 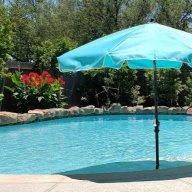 joboo7777 said:
I think there’s a huge market. Take TFP forums for example. There are 280k people here and that’s only a fraction of the total number of pools worldwide. How do you think TFPTestkits.net get their business? The first thing that’s preached is don’t go to pool store, get a test kit. Cha-Ching. It’s definitely a money maker. Automated testing will also be at some point.
Click to expand...

There may be 280k members on the forum, but how many of those actually truly follow TFP methods regularly vs just signed up one time. Even if it is 280k faithful members, that's not a big market really and a pretty small fraction of all pool owners. On the whole that is not a very big market, especially for a product that would be largely a one-time purchase (as TPF members would mostly prefer it - not relying on subscription models to include various potions, etc.).
Also I doubt the current recommended test kits are very profitable, and those are comparatively cheap to produce and didn't rely on high up-front R&D investments which a fully automated testing solution would have to have first. 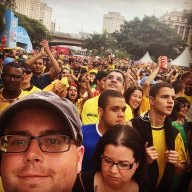 joboo7777 said:
I think there’s a huge market. Take TFP forums for example. There are 280k people here and that’s only a fraction of the total number of pools worldwide. How do you think TFPTestkits.net get their business? The first thing that’s preached is don’t go to pool store, get a test kit. Cha-Ching. It’s definitely a money maker. Automated testing will also be at some point.
Click to expand...

I basically already have this miracle device that reduces my time testing and adding chemicals. It’s a SWCG and has removed what little effort was already required on a TFP.
Reactions: mknauss and joboo7777

tateconcepts said:
Agreed, it has already been done. Probably by more than a few and it sounds like there are some haters of ORP. It's not TC/FC but that can be done and has. The question is what is your time worth and that of the pool maintenance. The pool industry would hate this but I think there are enough of the younger folks that would argue, if they can get the same readings automated in their spa in their second home, their marine fish and coral tanks then the pool will certainly be a doable option.

I have seen this actually done in a marine reef tank. The comical part is that I think it was a prototype for another prototype built from Lego's that is now an actual product. If I recall, it was built to test Alkalinity and was made from a printer (I mean literally is made from printer parts). You should be able to find it on YouTube. The newer versions are essentially designed to automate usage of the gold standard kits. They are essentially taking the steps in Salifert or Red Sea kits (think Taylor or whatever) and then using automation. Today it's known as the ReefBot. I purchased the Apex Trident with controller because their ecosystem was better however their are several people out there with some interesting ISE stuff. I think the Phin and name is a great idea, I think attempting to bundle chems with it could be a viable solution. I just watched PCMag give it a great rating only to watch some Handyman guy complain he cancelled it because of customer service and poor execution. Who cares, it monitors and sends alerts kicks off some code to an API or relays on your pool controller.... good enough for me... but I think there could be more!
Click to expand...

Love the Apex system. I had one prior to Netptune adding automated testing capabilities. I heard its great though. Now I have a smaller tank and just haven't gotten around to buying one due to this big money pit "hole" in my backyard
You must log in or register to reply here.
Thread Status
Hello , This is an inactive thread. Any new postings here are unlikely to be seen or responded to by other members. You will get much more visibility by Starting A New Thread