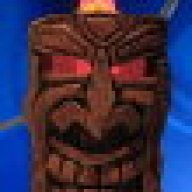 I am looking at getting a patio umbrella (Fiberbuilt 9' octagon) and a pulley based mechanism seems simpler and more robust. However, my wife is not too tall and I'm worried that she might not be able to reach the pin that is used to secure the canopy, especially since the umbrella will be in the center of a round table. This is making me consider a crank mechanism instead. So, my questions are:

1) How high does one need to be able to reach in order to operate an umbrella's pulley mechanism, i.e. set the pin. The umbrella I'm looking at is 92'' tall and has a head clearance of 72", but how does that translate how high the pin would be?

3) How slow is (or how much cranking is needed to raise) a crank based umbrella? 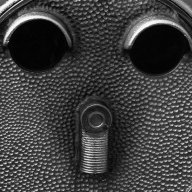 I think my wife has enough height, but she found the crank to be easier given her physical strength (setting and pulling the pin requires some tension on the ropes). I ALWAYS had to raise lower the rope/pin umbrella. She never calls on me to raise/lower the crank umbrella. Note: These are/were both large umbrellas - the current crank unit is 11' aluminum structure and the rope one was a 10' or 11' wood unit (forget exact size).
D

I agree. I recently switched from a pulley to crank, both 9'. (I didn't really care, the old one wore out after many years--fabric was rotten--and the crank was the right color and price). The pulley required some real arm strength to get it high enough to get the pin in. I'd say height is not the problem, the pin probably goes in at the level of the head clearance--that's how the geometry works out. The crank takes more time, but is easier to do. It's still not a lot of time.

I have no insight as to reliability of the crank, but you see them a lot at resort hotels.
D

We have some of each type. I am 5ft2, and I cannot reach the ones that have to be secured with a pin. I have to use a stool, which amuses my DH to no end. So my vote is for the crank umbrellas! They are easy to put up and down, even our large offset umbrellas.
A

I recently got an 11' umbrella that is in the center of a table. The crank is so easy to use. I guess I am just lucky that I got this as I had no idea that a pulley was hard for a short person.

BTW, the umbrella was from Overstock.com, $99 for aluminum pole and 8 fiberglass ribs, has a single wind vent. A screamin' bargain, and I am very very pleased with the quality. It did not come with a cover for winter storage but I can sew a bag for that easily enough.

Edit - that umbrellas is now $65, colors limited to green, green, and black. What a deal. It is huge and so best in an in-deck hold or base of 65 lbs or more due to the size. Fiberglass ribs are better than other sorts. 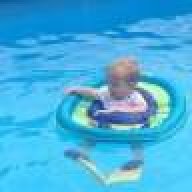 I vote crank. I had the pully and I'm kind of short. 5' 3". I could get the pin set in if I streached and tippy toed but if the wind picked up quickly I had a difficult time getting the umbrella down fast!! Ours was anchored to the wood deck. It has been replaced with a crank .

The crank ones seem to handle the weather better too. Our umbrella pulley rope popped due to sun damage.

Thanks to everyone for the input!

I have both. The Fiberbuilt, 11' hole is pretty far up there. I'm 5'7' and I still need a step stool to put the pin in the top hole. The bottom one I can reach without stool. I have pretty good strength but no muscle woman. It does take some strength to get the pulley started and then stretched up to the top hole.

My Fiberbuilt has withstood many high winds >40 mph in open position, and even came through, without a scratch, an uplift and then slam into the deck rails (taking the table and chairs with it - the wind lifted it up and it hovered above the table for a few seconds - evidently the bolt in base had loosened) during a 70 mph rain storm. It was open.

I prefer pin but, to tell you the truth all the cheaper umbrellas I've had have been crank and I've only had major problems with the expensive Off The Wall (Half umbrella) crank. The manufacturer replaced the whole unit. I think most of the umbrellas, no mater the cost, have only a one year manufactures warranty on the pole. Fabrics, one to five years.

With the cheaper umbrellas the fabric goes before the pole and ribs usually.

I like the tilting crank one but they always lean a little at the hinge when open, but not tilted, and they flap and giggle around more in the wind. I am going to do a post on TFP on ideas for a quick release band to go around the hinge on some of my tilting umbrellas.

That offer from Overstock is a super bargain for a fiberglass rib umbrella if you can use the colors they have.

As far as the 11'. In late afternoon, 11' still isn't big enough to shade the table but one adapts.

dlduvall said:
We have some of each type. I am 5ft2, and I cannot reach the ones that have to be secured with a pin. I have to use a stool, which amuses my DH to no end. So my vote is for the crank umbrellas! They are easy to put up and down, even our large offset umbrellas.
Click to expand...

I'm 5ft2 as well. We have had both. The pulley on just required me to get on a chair to get the pin in. This is only an issue if you have swivel rocking chairs like us so my vote is the crank. However, if I loved a pulley and the price was right I'd get another in a heartbeat.

Thanks for all the great info! I ordered a crank umbrella for my patio table. Next, I will probably get a pulley umbrella to put next to my poolside lounge chairs (it will be freestanding, so no leaning over a table when trying to set/unset the pin).

Cantilevered umbrella in the wind.

R
Hello all. Polaris back up mechanism issue