I have a Hayward Prologic 8 control panel with the salt system. I just started getting an error in the last few days of "Check System No Cell Power 2". When I opened the panel there was a faint electrical burning smell.

In doing some research I'm not sure if this means I need a whole new PCB board, something just needs to be soldered, or something else.

Any troubleshooting tips you can give me?

I see new boards on Amazon n the $500 range. I feel confident I could replace it myself since I would just be replacing one with all connections already made. The biggest pain would be having to reprogram the entire thing again.

I would remove the board and check the back for burn marks.
B

Thanks, I'll do that this weekend.

Looks like I can get this new board to replace it for about $455 from Amazon and get same day delivery.
Amazon.com: Hayward GLX-PCB-MAIN Replacement Main PCB Printed Circuit Board for Hayward Goldline AquaLogic and AquaPlus Automation Systems: Garden & Outdoor

Any recommendations for another place of purchase for less money?
S

Yup this is a typical case of the diode or rather cuircut that powers the salt cell on the board. It’s a square black square in the top right hand side I believe (from memory). Look behind the board and see if the points of contact are burned. There is a way soilder a new one if so but after doing this twice the problem usually comes back. Replacing the pcb is a good bet against future burn outs. However if you are handy with a volt meter you can check other issues such as transformer voltage and even check the fuse on the board that is on the right hand side. Looks like a green car fuse. If that’s bad blown it can cause that code. Let us know. There is a YouTube video showing proper voltage limits step by step. Always been a issue with the Hayward systems. Good luck
S

Also check to make sure you’re unit is bonded and grounded right. Electrical surges will burn those out like nothing.
J

The GLX-PCB-MAIN is for the AquaLogic.

The GLX-PCB-PRO is for the Prologic.

What is the box model number from the front door?

Sometimes you can re-float the solder joint by the k1 relay to fix the problem.
B

JamesW said:
The GLX-PCB-MAIN is for the AquaLogic.

The GLX-PCB-PRO is for the Prologic.

What is the box model number from the front door?
Click to expand...

Thanks, good catch as this is a pro logic so that board won't work.

Thanks all for your replies. I'll take a look at the board but I'm thinking it may just be easier to get a new one instead of soldering, etc. Based on this being a known issue and the burning smell I suspect it's not the fuse and just needs a new board. 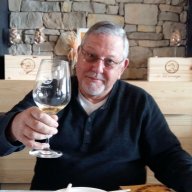 bacevedo said:
Thanks all for your replies. I'll take a look at the board but I'm thinking it may just be easier to get a new one instead of soldering, etc. Based on this being a known issue and the burning smell I suspect it's not the fuse and just needs a new board.
Click to expand...

Several years ago the same problem happened to me. Try Googling "No Cell Power". I found a website that gave detailed instructions on how to re-solder the bad connection on the K1 relay. It took me about 30 minutes and it was working again. I was so impressed by their support that I donated to their site. Two years ago, lightning hit my house and fried the board. It was over $500 on Amazon to replace the board, so I'd see if you can find the site. Here's my bookmark form 2011: http://www.nocellpower.com/


I'm not sure if it's still active as I could not get it to open. Here's another link to a web archive:

So I just installed a new board today and everything is up and running again. My neighbor/friend has his own pool service business and got me the board for $555 (including tax). It was basically the same price on Amazon with tax so I figured it would be better to go local in case there were problems with it. He mentioned Hayward is the one supplier that is hard to get cheaper than Amazon. Not sure why.

The install/transplant wasn't too bad, just had to label a few of the wires on the left side for the sensors and valves so I knew what went where. Took a lot of pics and went through the process in my mind a few times before pulling the wires off and the old board out. The new board came with a wiring layout so I knew which yellow wires and red/black/orange wires went where. The new board has version 4.46 firmware where my old board was 4.40. I can't find any info on what 4.46 has in it over 4.45.

The old board had a big scorch mark on the back in the upper right, behind the salt cell relay circuit. One of the yellow wires from the transformer was also scorched - the wire jacket was actually discolored black and had melted off at the connector, exposing wire that was starting to corrode. I snipped that off and put a new connector on and all is well with it.

I'm hoping this new board lasts a little longer. I have the panel shaded now, where as the first year or two it was in the sun, so maybe a little less AZ sun will help.

Still, in the end, the automation and chlorine generator are far easier and cheaper than having a pool service and getting all of the chlorine in manually. I'll take $550 every 6 years, plus the $400 for a salt cell every 3 or 4 years. That's still less than one year of pool service at $80 a month.

ETA: A couple of other notes I forgot to include in my original post.

We are glad you have found our information helpful. Please, if you can, consider making a donation to TFP.

We are staffed by volunteers and are registered as an IRS 501 (c) (3) charity and donations are what keeps the forum operating without advertisements.

One thing you might try is to run the salt level at the lower end of the salt range. I try to keep the salt level below 3000 and most of the time below 2900. This lowers the current and heat in the board and i believe can extend the life of the board.
B

mas985 said:
One thing you might try is to run the salt level at the lower end of the salt range. I try to keep the salt level below 3000 and most of the time below 2900. This lowers the current and heat in the board and i believe can extend the life of the board.
Click to expand...

Thanks for the tip. My salt is a little high right now so I'll need to dump some water. I'm not sure what keeps making my salt levels go up. I'll start out around 3000, but then over time it creeps up to what is now, around 3500+. I don't know what's increasing the level. I must have some salt in my fill water. We do have very hard water, so maybe some of that hardness is salt or being read as salt by the cell.

Muriatic acid and liquid chlorine both add salt. Plus your fill water. Plus people.
K

Hi Everyone,
I am in need of a new PCB to repair the above shorted diode.
Amazon is asking me what model (PLPS8X288, I think) and series. How do I determine the exact model and series of my unit?
Thanks in advance,
KPM
A

I know this is an old thread. I just experienced this problem and decided to replace the board. When the component failed it melted one of the nylon posts that support the display unit. Anyone have a part # or know where another can be acquired? TYIA!!
You must log in or register to reply here.
Share:
Facebook Reddit Pinterest Tumblr WhatsApp Email Link

fixed low salt error how can i connect flow sensor