Pool Guy Messed up my Renovation

Last year i remodeled my yard i wasn't planning any pool work to be done except a heater and salt system but upon the demo of the patio the construction guy noticed my pool wall was caving in on itself. So i found a pool guy and figured if its open now is the time to do the work. He told me i had to replace the two 8 foot pool walls to fix the problem. I told him as long as it was open and exposed i would like to do the following.........

He was supposed to start end of May but he kept pushing me off saying it was due to rain and other jobs being behind. We started in middle/end of July. He brought in a excavator dug up everything and pilled it on my grass. He then installed everything on the list above and i had nothing but problems starting after the liner.

1. He left all his debris on site and refused to remove them saying he wouldn't be able to get his truck back for another month. (Knowing i was pressed for time which i finally had my paver guy do it who is the best)
2. He floated the liner 2 times because it took him over a week to return to the job site both times.
3. I noticed rocks/bumps in the bottom but he told me it is normal and that the reason i see the bumps is because i need a new vermiculite bottom. He assured me once water was in the pool they would disappear.
4. He installed my additional pool skimmer on the raised wall portion of my pool. Literally one foot away from the lower level where we spoke about putting the skimmer. Now i required about eighteen 1" collar extensions to meet the paver patio top.
5. Probably the biggest mess up he did by far... He only ran one 1.5" pvc pipe and T'd it to both water falls when that didn't work he looped it. He assured me all i needed to get the desired water flow was a booster pump and that he would be back with one. At this point paver guys were working and building everything he knew they would be done soon but didn't return until 3 days later with the pump which did not work and didn't give me the desired flow. I called CMP who told me each waterfall runs 75 GPM and i would have required direct lines to each or a 2 " pipe. When i told the pool guy this he blamed me and said i should have know because i researched which waterfalls i wanted. I was shocked and we yelled at each other, if i knew how to do all this i would have done it and not hired him to do "his job". At this point i couldn't change the pipe out (It was buried under dirt and pavers) and I had to improvise even when the pool guy basically gave up and said there is nothing he could do. I had the paver guy take up the raised patio pavers and i tapped into his 4 inch drainage pipe which i ran another 1.5" PVC pipe through to the pool equipment and connected the other end to the other waterfall. I figured this would solve the problem me having two direct lines of 1.5" PVC to each waterfall. But still it did not. So this is what the pool guy suggested. He said that we would need to designate one of my Skimmers directly as a waterfall suction line because i do not have a bottom drain and the waterfalls would operate on their own 2 HP Hayward pump. At this point it is now end of August beginning of September and i knew he just wanted to be done with me sending his employees to try things and nothing has worked. I then closed the pool for winter with no solution.

I just opened up my pool today with a new pool company and my waterfall is still all messed up. The water just trickles out of them, it is supposed to arch but does not just drips down the wall below and into the pool. I have the guy coming back this week to see if he can find a solution to my issues.

Anyone have any ideas of what i could do.


Ps.... i also forgot to mention when he put my liner in he told me i could turn it on when water is above skimmer. When i turned it on i didn't see any water flow. Which is because he forgot to cut out the return lines.

That sounds like a mess, sorry you are dealing with that. Are you able to turn off the returns and direct full flow to the waterfalls?
C

No he replummed things so now I have one skimmer as suction going to a 2hp pump then out to both waterfalls.
C

does anyone have any ideas how i can possibly get these waterfalls working.?

I had a pool guy come today who told me the old pool guy used the wrong lines, he used 1.5 inch and he should have used 2 inch. He told me to call the guy up and have him redo the work but that would involve ripping up my new patio, grass, etc... which would cost A LOT but he said that the pool guy would be responsible for fixing everything because he did the work wrong. He said if he doesn't fix it i should sue him.

I really don't want to go through this whole crazy thing and would just prefer to get the waterfalls working.

Please help me out.
G

That's a lot of water volume you need. What is the model number of the Hayward pump on the water features? Does that run through the filter?
M

I have 3 three ft sheer descents pool builder ran a 2" line off filter. We did upgrade the pump to a jandy vs pro hp 2.7 works great between 1900-2500 rpm. Did he instal rock traps? 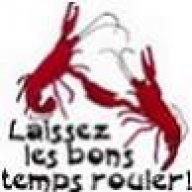 Could you install another pump exclusively for the waterfalls?
C

@magvallo - I wish he ran a 2 inch line which i think is the big issue here. Yes rock traps are installed.

@Cajunguy - i am already running a dedicated pump to the waterfalls and i am not getting the desired flow out of them.

Wow! Saw the photos. Backyard came out awesome! My 3x3 foot waterfalls run from a 2" line but are then reduced to 1 1/2 into each unit. Maybe I have no issues because they are only 3' each.

Sheer descents as a rule of thumb require 1 gallon of water per 1" of width per minute. So a 5' sheer takes 60 gallons per minute

@magvallo - thank you... i just wish everything was working correctly.

@swimcmp - The manufacturer told me i would require 75 GPM for these waterfalls.
G

Most of that paver is laid over soil not concrete so you could pull up the pavers and put in a 2 or 2.5 line to the sheer descents. It would not be fun but you could solve the problem. Then sue the builder in small claims

I suspect your pump needs to produce more volume. Jandy Hayward and Pentair all produce waterfall pumps that can produce the volume you need. I would look at one of those
C

@gwegan - the top patio was built up from the ground up so it is all crushed concrete which is where the sheer descents are installed. The lower patio has 3 feet of concrete around the pool and then the pavers are laid over the concrete.

In order for me to get to the sheer decent I would have to rip up the top and bottom patio. Which would be thousands of dollars to fix.
G

Are both the pumps on the same pad?.

If you hired the labor seprate from the skilled work you could save mucho bucko.
C

@gwegan - yes both pumps are right next to each other on the same pad. I am trying to avoid taking up anything and just find a way to get everything working with the setup that i have now.
You must log in or register to reply here.
Thread Status
Hello , There was no answer in this thread for more than 60 days.
It can take a long time to get an up-to-date response or contact with relevant users.

D
Pentair Keypad Relocation Confusion! Will it work with my model VS...or NOT?

That new guy in California