Spent last summer researching, interviewed five builders in early October, received quotes from 4 of them, selected the builder we wanted to work with in late October (didn't tell him that) and spent the next two months working out the details. Signed our contract on 12/14/12. Permit issued February 7th and here we are. Weather permitting they are planning to dig in the next week.

Sad to see the Christmas tree come down but well, the pool will be more fun. Keep us posted with pics.

Taking that tree inside, bet that was a true Clark Griswold moment lol

More than true! You are wise beyond your years.

So today was the day...Valentine's Day, with a 1 1/2" snow the night before for good measure.

In comes the excavator which they transported very gently on boards to avoid damaging the road and driveway.
[attachment=2:3br0o7po]IMG_6279-TFP.jpg[/attachment:3br0o7po]

Our site in on a generous hill so we will have an upper retaining wall and lower wall created by a turned down edge concrete deck. The hill will be cut back an additional four feet or so towards the house.
[attachment=2:1dhu14w0]IMG_6317-TFP.jpg[/attachment:1dhu14w0]

A view of the autocover box location. The motor will be located on the uphill side closest to the equipment pad to which you can see a rough trench.
[attachment=1:1dhu14w0]IMG_6321-TFP.jpg[/attachment:1dhu14w0]

Excavator tracks after the dig and gravel placement. They filled them in some on the way out. They were getting deep while in use.
[attachment=2:feibylkp]IMG_6354-TFP.jpg[/attachment:feibylkp]

Overview with our long pile.
[attachment=1:feibylkp]IMG_6357-TFP.jpg[/attachment:feibylkp]

View from south to north.
[attachment=0:feibylkp]IMG_6361-TFP.jpg[/attachment:feibylkp]

And our coping/tile selection. The coping is PA Bluestone. The tile will be 6x6 on the waterline and 2x2 highlighting the steps and benches.
[attachment=0:1tuoc8gv]IMG_6370-TFP.jpg[/attachment:1tuoc8gv]

Yesterday it was 25 degrees with a windchill of 10 all day; a tough day to work outside. Steel goes in with main drain plumbing the day before.

One small cave-in on the right from rain.
[attachment=0xwowb7y]IMG_6391-TFP.jpg[/attachmentxwowb7y]

A high-tech way to heat the water a bit for gunite.

Hi. Looking good. Bummer about the tree though.
In the picture with the guys doing the rebar, it shows your 2 main drains with pipe, but what is the other pipe for in that location?

The line connects to the bottom of each of the main drains (I guess they each have two but I'm not sure how they are usually plumbed). The pool builder said that he puts in an additional suction line in case we want to have another source for a separate water feature in the future. I guess it would work such that you'd take that suction line and put a booster pump in place and then send the water to the water feature. For now I suspect he will just tee it back into the other suction line before it goes to the equipment. I didn't ask for it but he seemed pleased to say he usually just does this.

Met with the landscaper who the whole job is contracted through today on site. We discussed the deck/wall layout and details on conduits, 2" lines for future solar, low voltage lighting, electrical outlets, 120V lights, grading, etc. He is going to do the plumbing I was going to do separately. It was getting too confusing on what he would do and what I would take care of. We are dropping a 3/4" water line in the electrical trench after inspection which will not be frost proof. It is all down hill to the pool and beyond so he will plumb for a gravity drain to clear the line to avoid having to blow it out. I will be building a shed later next to the site with a changing room and sink that will drain to a dry well underneath it. We will also put an outdoor shower on the side of the shed. Attached is a file I've been working with to arrange the layout of the project. The bottom right corner of the decking is over 3 1/2' above grade so, including footer, the concrete is going to be THICK, kind of like a bunker wall. The dirt will then be graded up close to the top of it and then trail away downhill. The cabana structure is also future but will have electrical to it and the solar lines will be close by should we choose to go that route on the cabana roof. I think solar is the most heat we will go with. Having the auto cover will also assist. But we will surely go a few years without any supplemental heat.

Tile is supposed to happen Sunday and auto cover track on Monday. Coping shortly thereafter. Subsurface work on the hardscape late next week and then the wall/decking concrete will be the week after at the earliest.

Today they installed the tile (7am - 2pm)...tomorrow should to be the autocover track.

I think it looks less pink and more tan in person. When the boxes arrived yesterday, they were labeled "light green". I was a little concerned for a moment until I opened one box up only to see the color we had in fact selected. I was fairly pleased with Arturo's Tile and Coping's handiwork and thought the skimmer work looked pretty good. I've seen better on here and worse too I suppose. Another cold day for the workers...mid 30's and windy. We could have a nice late winter snowstorm on Tues night/Wed, we'll see.

bmoreswim said:
I will be building a shed later next to the site with a changing room and sink that will drain to a dry well underneath it. We will also put an outdoor shower on the side of the shed.
Click to expand...

Are you going to have a toilet out there as well or a door to an inside toilet? You don't want people in wet suits traipsing through your house to go potty.

scudman said:
Are you going to have a toilet out there as well or a door to an inside toilet? You don't want people in wet suits traipsing through your house to go potty.
Click to expand...

We have a full bathroom just inside the basement slider so that will be the "pool bath", which is what we had in mind about 5 years ago when I finished the basement. We did consider putting a toilet in the shed structure and tapping into the line running to the septic tank, which is downhill from the pool, but opted not to add that complexity to the project and annually. If we were in a more year-round pool use region, we may have gone that route. 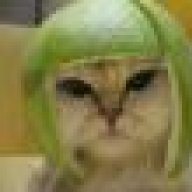 As I suspected when looking at the pictures of our pool in gravel (which you can see above), the center (lengthwise) of the pool is sloped to the left now that the concrete is in. It is 6" deeper on the downhill side versus the uphill side (5' vs. 5 1/2'). No issue for me but just interesting. I am glad that the shallower side is the side where the main seating area is located on the decking instead of on the other side which just has a few feet of decking. Both dimensions of the shallowest and deepest parts are right at spec. and the same side to side. Our pool is 2" longer than spec. as the builder pointed out during excavation, just measured a bit long I suppose, or he was feeling generous. He didn't say this, but it's also 1/2" skinnier too!

Autocover track was installed on Tuesday, 3/5 with no action since. Coping soon and wall/decking prep work maybe Thu/Fri.

I'm also excavating the area in front of my existing shed (separate from the pool site) where I had a ramp made of enormously heavy 24"x24" solid concrete (not the porous kind) stepping stones. It was functional but the way it blended (or didn't) with the paver patio was not attractive. So I've gone down 8-10" and put a base of 4" of stone (left over from the pool shell). Since I agreed with the PB that we will bill by cubic yard of concrete (including concrete/labor/pump truck/Stonemaker's additives), I can add whatever I want for a set fee per cu. yd. I chose to do the excavation of that 64 sq. ft. because it is separated and didn't want the equipment going over more grass.

It will be interesting to see the big concrete pumper on site (too much slope for the trucks to approach the pool). We are expecting about 42 yards of concrete for the deck/wall. As an aside, I read elsewhere that a standard concrete truck can haul 8 yards on two rear axles and 9 yards with the extra axle engaged. Not sure if that is accurate in all locales, but it would yield 5 trucks of concrete. Yikes. That will be more concrete (I guess) than is in the pool shell at 4 trucks. The volume of decking concrete is high because the downhill side of the pool is about 3' elevated and the decking on that side will be full depth concrete at 5'+ thick at the outer edge including the footer and 3' thick at the pool. The footer needs to be deep because it's considered a wall at that height.

Definitely glad I was able to be there to arrange pieces like I wanted them. Had to leave at one point and of course they stuck a very rust colored one in a prominent place. Oh well, did as well as I could. They only had one extra piece and it was broken so there were no extras to swap out. They may have picked the best side on the rust one but I would have placed it out of the main traffic area.