My mystery pool from green to clear 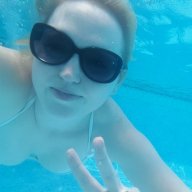 Hi all, I wanted to share my success with the TFP SLAM method so far!

My husband and I purchased our first home in May and it was a foreclosure with many problems, especially with the plumbing. The house wasn't winterized until March (so useful!) and we had a lot to do inside before we could get to the stuff outside.

I didn't know ANYTHING about pools when we decided to buy this house. We loved the house and thought, hey a pool! Thats cool! Lol
We found out from neighbors the pool was used last year, and that it was 4ft all across. Pump was new. We didn't even know how deep the pool was when we originally bought it!

I read a little bit on TFP, then googled some other pool stuff about pool stores and shock, and then got overwhelmed and was like, I am just hiring a pool store to open my pool for me!
MISTAKE? Maybe, maybe not. They came, took the mesh safety cover off, and tried to run the pump and filter.
Filter is leaking everywhere, and it is leaking sand into the pool. They said we needed a need filter before they could do anything. They were going to charge us a lot to put it in, and I told them I would call them back and let them know.

OOPS never called them back. At least they didn't charge us for the failed pool opening.

Husband decided that we can just do it ourselves, found TFP and told me to get in on it. Also told me the pool was now MY project because he had so much going on inside with plumbing woes.
He ordered the Hayward sandfilter and the TF-100. I dismantled the old filter, sucked out all the sand and installed the new filter. DH helped me figure out the plumbing but most of the rest was up to me.
Youtube and TFP helped me figure the rest out! I became a pool chemist overnight lol.

I went the to store and bought 20lbs of baking soda, IDK how many pounds of borax and 16 gallons of chlorine. I got some weird looks. The lady when I went to buy the borax was like "You making slime??" lol

Anyway... here are my results since Sunday. SO much quicker than I was expecting. Thankfully there was at least the mesh cover on for awhile so there wasn't a whole lot of debris. Just lots and lots of ALGAE 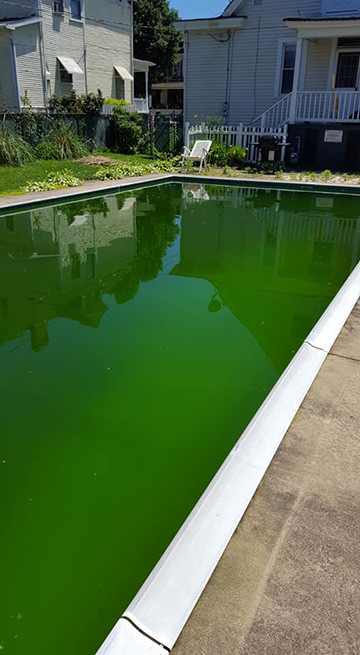 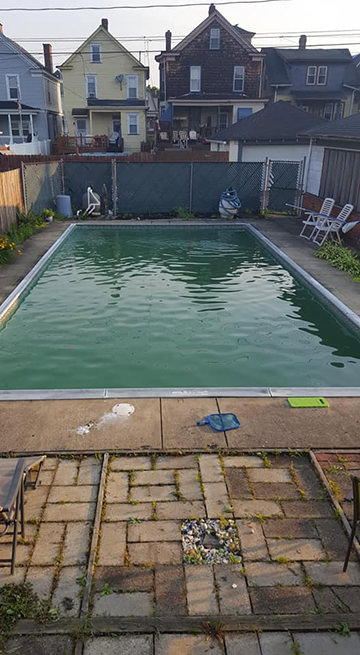 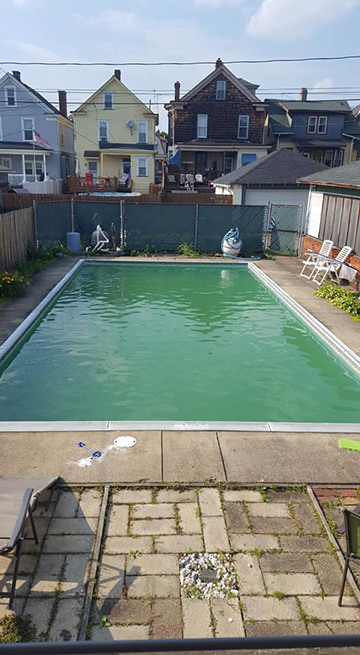 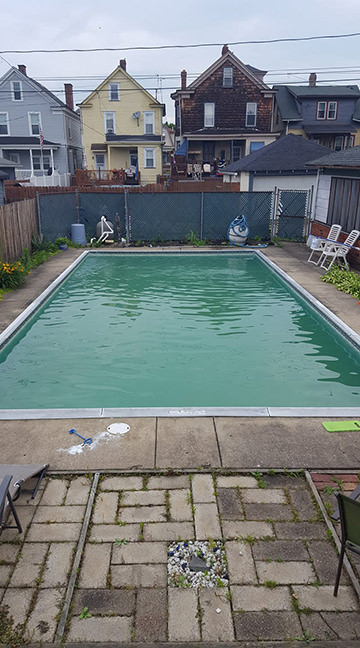 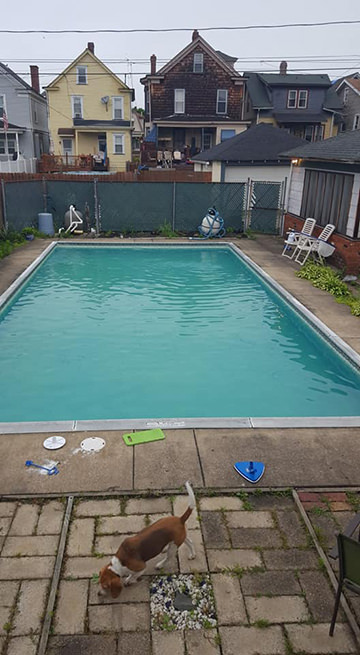 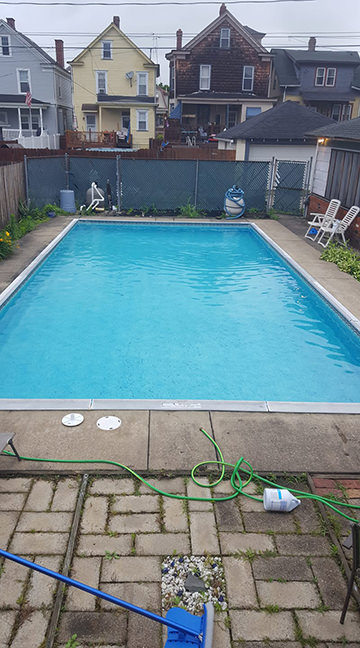 Great Job, and I bet the neighbors will also be very happy.

Great job! Out of curiosity, I see one skimmer and possible 2 returns in the pool? If you find yourself in the future having dead spots due to circulation, you may consider rotating jets. My friend had a pool with one return, skimmer and main drain and until one of these returns were put in the pool, nothing seemed to work. Also, you may have to keep your chlorine levels a little higher as well. Measure the depth as you will need at least 4.25" deep by 1.5" wide so the large can fit. They can only be ordered directly from the manufacturer, and not on Amazon.

This is a keeper. You've made it to the big time.

PLEASE keep us updated with all of the progress!

Awesome job! Now, is it a good thing or a bad thing that your husband may now delegate more projects to you after this great success?
You must log in or register to reply here.
Share:
Facebook Reddit Pinterest Tumblr WhatsApp Email Link