unfortunately the install has slowed to a crawl. Numerous reasons - rain, job getting in the way, etc

Plus trying to shave off a couple inches across a section about 4ft wide by 20ft long is taking a long time with it being rock hard clay. I thought the rain would help soften it up, but it didnt help that much.

Re: rectangular intex & using a thru wall skimmer

I merged your two topics into one. Almost always, it is better to keep your "story" under one topic or thread so readers can stay up to speed and give better responses. :-D

I can't believe it is taking this long. We were unable to fix the 4 inches out of level that the first guy left us with. Luckily a friend of a friend come over & got us within an inch of level

We spent the rest of this last week digging spots for the leg support pads and had couple tons of sand delivered. 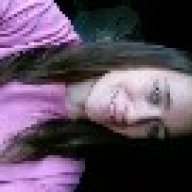 Looking Good thanks for the update! At least it's moving mine is stalled waiting for city permit.

We had a very productive 3 day weekend.
On Friday the weather was perfect (cloudy with a breeze) & we got most of the leg supports buried & level.
On Saturday we finished the leg supports, leveled the sand & partially rolled out the pool liner. Between being worn out from Friday & the constant sun that is all we could get done.
That liner is HEAVY.
Sunday, despite the constant rain & very slick clay ground we got everything assembled & started filling.

Foam down & seams being taped

Getting pool rolled out

Walls up & starting to fill

walking out the wrinkles & for size perspective, I am almost 6ft4in and 275lbs

You did get tons done looks GREAT. I see you do not have blocks under the leg if I recall you were going to use pavers why did you decide on wood? Any advice on leveling I still have not really got around to mine, staked area off but kind of at a stand still we were also building a shed so that was first, now that's done, going to be doing the pool, so any advice you can think of would be appreciated!

Moomin719 said:
You did get tons done looks GREAT. I see you do not have blocks under the leg if I recall you were going to use pavers why did you decide on wood? Any advice on leveling I still have not really got around to mine, staked area off but kind of at a stand still we were also building a shed so that was first, now that's done, going to be doing the pool, so any advice you can think of would be appreciated!
Click to expand...

I was talking with one of the other users on here & he had used something similar to boards under his legs. I used 16x16in blocks under the sides you can not see in the above pics, but on that one side, due to rocks I was unable to dig out a 16in wide area for the blocks so I used 2x6x16. I know the wood will eventually break down but I hope to have a better idea by then. I was worried that since I could only get about a 6 inch wide area dug 6 in wide blocks would not support the weight.

On that note, on the one side I dug down to deep & had to back fill. I did not realize some sand had washed out a channel under 2 of my blocks & this pic shows what happens to the blocks when they are not on completely solid ground or have a channel washed out from under them. I think I am going to get some 3/16 in thick steel plate to go on top of the blocks, if I can figure out how to jack up each leg just enough to get the plate under the legs -

For leveling, all I can tell you is take your time. Try to get down to solid ground as much as possible. You want to use the least amount of sand you can get away with. Use foam board for your cushioning. I used 1/2in foam and wish I would have gone thicker, but I was trying to save money. $8 more sheet times 16 sheets added up, but in retrospect it would have been worth it.

The only way I could figure out to level the sand was by using the same technique they use for floating a concrete pad. Surround the area with level 2x4s and then use a 2x4 sitting on top of your surround as a scraper. This video clip is not in english but it will give you a basic idea of what I am talking about
http://www.youtube.com/watch?v=Z06peFzea0A&feature=related

If you look at this pic you will see a 17 foot long 2x4 that I pieced together laying across my surround.

You put a couple shovels full of sand in front of the scraper board & then have one person on each end pull the board towards you. If you can have a third person around to shovel more sand in front of your 2x4 scraper it will help. The less sand you have piled up the easier it will be to pull the 2x4.. I used pine 2x4s for my scraper because they weigh less.
Once you have done this. Gently wet down your sand. Tamp it down & then go back over & repeat the process again.

Take your time with the entire process. You should probably look at renting a transit level. I used one almost every day of this project. I couldnt find a place to rent one, so I bought one.. It was a $350 investment, but I can never have enough tools.

Doing a rectangular Intex pool is a LOT harder than doing a round. I wanted to give up more than a few times. I cussed myself out for not going with a 24ft round instead of this **##!! rectangular pool. But last night (even though it was 47 degrees out & water temp of 60) when I dove under the water & swam from one end to the other, I admitted all the work was worth it.

I am far from an expert at putting up any kind of an above ground pool. The resources here are wonderful, so definitely listen to them before you listen to me... but with that being said, any help you need feel free to ask

And now for more pics -

stirring up the salt

Look, its a manatee

ok, enough playing, by this time I was starting to freeze. time for a hot shower

finally got the broken support blocks replaced & finished plumbing new pump, filter and return lines.
And before anyone says anything, yes I know the pics make it look like the support blocks are not level with the bottom of the pool, but they are.
We removed a layer of clay around the outside of the pool to replace it with sand hoping for better drainage.
Next will be landscaping & hiding the support blocks from view using river rock.

I want to thank everyone on this board for all of the help. I could not have done any of this without you

Hayward 2 speed pump, 21in sand filter & for now intex SWG.. I will replace the SWG next year

And thanks you for the detailed pictures. You put time and patience into your Pool and I appreciate it. Your pool has everything I want to do to mine so it's nice to see it working. One Question when you cut the hole for the skimmer did you have any problems or tips to share? Thanks

no problems other than getting the courage to start the cut. Install the skimmer first & if you use silicone, let it dry before making the cut.. go slow & take your time.
It was a lot easier than cutting the hole for the extra drain I installed on the side. With that I was following a marker line. I was worried about the knife slipping.
With the skimmer I had the face plate to guide me.
The pics may be deceiving, I did not cut out the white upper seam. I installed the skimmer so that the top screws went through this section & I cut just below the seam
L

Can I ask how you replaced the broken blocks? Did you have to drain the pool, we have one leg on the corner of ours has sunk because of a sand washout, and we are trying to figure out how to jack the one support up to correct it. I don't want to have to drain and refill because we are on a well and it takes forever just to fill the pool. I wish I would have found this forum earlier prior to putting our pool up as we didn't put down foam, and now after a year we have a few voids in the bottom that collect all the sand our dog's kick up when they are running around the yard. Yours looks great, hope you enjoy it.

unfortunately i had to drain the entire thing... i tried everything before draining - digging, jacking it up, etc... even tried partial draining & jacking it up.

Is yours one of the rectangles as well?
L

Yes, same as yours. We tried to pound in some shims under the board ours was sitting on, and for a bit it was looking like it brought it up some. But then you know how it goes, lets try a larger shim to pound under it

. Buckled the U bracket and made it drop a little lower than what it was originally. Right now it is only 2 of us that use the pool, so we have decided to leave it for now and keep a watch on it. After summer or should I say the end of the year as I am in Florida, we will drain it and then reset it, may even rent a skiploaded and dig out more of where it sets so it would be closer to the ground to put up a deck around.

Enjoy yours, I know I will mine this weekend after I vacuum out all the sand the dog's have kicked up in it

In case anyone is wondering.. the hayward aquabug works perfect in this pool. I was worried about the sloped sidewalls, but no issues
B

All looking good there, that sure is a big pool out of interest what did you finish the inside of the extra bottom drain with?

I removed the original intex "drain" from the side wall & used it. I now use that bottom drain for the vac hook up. I use the adapter that was originally used for the over the wall intex skimmer hose. Using a female to female rubber sleeve that they normally use for DWV repairs to connect the vac hose to this intex adapter.

in the pic below, the shut off valve to the far left is the original return jet. The one in the center was originally what the intex pump used as suction, it is now a return jet as well. Then on the far right down at the bottom is my "bottom drain" made out of the original intex suction port

Question on the plumbing.... How did you do it? Is it Intex size or did you change it to something else? What are the spindle/coupler things joining different pieces? Thanks! (I'm not that good at plumbing)
You must log in or register to reply here.
Share:
Facebook Reddit Pinterest Tumblr WhatsApp Email Link
Top Bottom