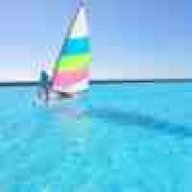 Thought this small pool would be a cinch to keep up. Was I mistaken! First tried the pool store way with chemicals, only to have to drain it due to skim milk water - don't know if this was dead algae or what. Filled it up again using the BBB method. After finally getting control over the heavy iron/copper in our well water, it was headed in the right direction as of last night. When I returned home from work this evening, the water is turning cloudy again, like watered down skim milk. I've used the HTH test kit, and all levels are where they should be, except the Chlorine was 1.0. I tried testing the CYA but I couldn't get a read on it. I just added a cup of bleach, and toned down the PH a bit. An algaecide was added last night, since I hadn't added it yet. I'm at a loss, and frustrated. Any help would be appreciated.
P

A full set of test results from a good test kit (like the TF-100 or Taylor K-2006) would make giving advice much easier.

The FC of 1 is too low, and will leave your pool susceptible to algae blooms. Proper FC levels will depend on your CYA level, so that is important to know.

Have you read through pool school? If not, I highly recommended reading at LEAST 'ABCs of water chemistry' and 'How to Shock your Pool'

Well, given your location, I will try to help ... spent the first 18 years of my life there ... and my family is still there

Post up your current full set of test results.

I am guessing your CYA must be low and therefore you are loosing your FC to the sun pretty quickly. Once it gets too low, algae can start to grow fast and cloud up the water. Do the sides feel slippery?

Given that this pool is so small, the fastest/easiest route is often to just drain the pool, scrub it down, refill and follow the process in the link I provided.

Cloudiness is often dead algae, which has to be filtered out. But if you don't have enough chlorine (shock level), it will re-bloom.

So, you added algaecide (which one?) last night, and today there's a change. I'd hazard a guess that the algaecide contributed. The algaecide likely killed some algae. And now, you see dead algae in the form of cloudies. Sounds about normal to me. At this point you're going to have to keep filtering and I'd say raise to shock level till it clears out.

Chlorine is really the best algaecide though, and while it's in the seasonal pools information to go ahead and use algaecide, you do not have to. If you chlorinate properly, you really do not need it.

I'd suggest adding the FAS-DPD reagents to your 6-way HTH test kit, and also the cyanuric acid reagent. Then you'll be able to shock the pool properly, filter out the dead stuff and move forward.

Since you spent so much time dealing with iron, maybe draining isn't the answer. You can do it like everyone else with larger pools, and shock it, maintain shock level, and filter till it's clear. If you can find one of the 800gph or 1000gph filter/pumps that will help as well. You can use the Walmart brand filters (the paper/media in these looks like it has little dots) which will catch a lot more of the fine particles than the standard or OEM cartridges (that look like a dryer sheet). They do plug up faster, but it's worth it to get the water cleared out.

I'm confused over your CYA level, being that you didn't say you added any CYA, nor did you say you used trichlor or dichlor to shock or set up. So, if you haven't added CYA or used powdered or solid chlorine, you don't have any in the water. It'd be a good idea to add that right away, to about 40ppm.

The Chlorine levels have been high for the last 4 days, with the exception of tonite which I have no clue what happend. I've followed the BBB to the T and yes, I used Dichlor, and Lo'n Slo. The sides do not feel slippery. I've spent so much time trying to get the metals out, but always maintained a good PH and FC reading. That's why I'm surprised at the cloudiness. I'll bring a water sample to the pool store tomorrow and get all the numbers back here for you all to look at. Does one have to like "chemistry" to have a pool - my husband is intrigued that I sit at the table with all the vials and bottles... Yes, I have read and reread the Pool School articles many times. I ordered a stronger pump a few days ago, 1,000 gallons per hour. The filters at our local Walmart, do not have "dots", but are rather cheaply made and don't think they'd hold up for 1 day. Also, I've had the pump continuously running 24/7 since this last drain and fill.

Another thought I had would be to invest in a good spigot water filter. We do have an iron filter system for our indoor plumbing. Any suggestions? Can algae be present in well water before it hits the air?

More info for you tomorrow...... Thanks all!

The Walmart filters I'm speaking about are distributed by Walmart. They are darker blue than the others, and the package says Dist. by Walmart. If you can't get them in the store, you can always order them.

Unless they changed something this year, they should be there. At least, there should be a spot for them. They come in two packs. If you can find them, they will help a lot. The standard filter cartridges look like a dryer sheet (spun fibers) and can't catch the finer particles. I've done cartridge filters for like 7 years now, and I can run a dryer sheet filter for a week without it clogging up but these Walmart ones are needing changed sometimes within hours because they do catch the fines.

Cloudiness is most often the result of killing algae, and the algae carcases are just floating about. They have to be filtered out, and it takes time with the crummy pump/filter these pools come with. The new pump will give you more water flow, but the filter cartridge still has to be able to get the cloudies out.

Insofar as running the pump... I always run mine 24/7 even when it's perfectly clear. Actually, I run two of them. Or did... and would again if I couldn't have the sand filter. One pump just doesn't cut it. I honestly don't know why the manufacturers don't give you a decently sized pump when you buy a pool, it's always a headache and the only choice is to run two, or upgrade if you want the pool to be cleaned properly.

Didn't get a chance to stop by the pool store to run numbers. Pool still cloudy, but chlorine and ph have stabilized. Our Walmart only sells the really cheap A filters. I'll take a look on their web site and see what you're referring to. New pump should arrive by end of weekend - can't wait. By reading your profile, you have a Sand Filter/SWG. Any regrets, or are you happy with it. Seriously though, we will need to get a filtering system for our outside spigot. The iron and copper levels are very high, and very hard to get rid of no matter what I do. And then I'd consider a Sand Filter IF we decide to go bigger. Have to master the kiddie pool first.

New Update..... Drained the pool and went on vacation. Refilled this past Sunday with water running through our inhouse iron filter. Crystal clear water. Also received 1,000 gallon Intek pump and installed-much more powerful. I threw the other 530gallon pump in the garbage. Also bought the Intek Skimmer and works better than I've been reading from other Intek pool owners. So it's now been 5 days with fresh water, pump, and skimmer.
Here are my numbers:
Temp: 75
CYA: 28
Chlo: 10
PH: 7.6
Tot Alk: 171 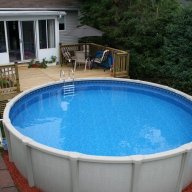 Your last 2 posts illustrate part of problem, test numbers are everything but your running up to the pool to get the numbers when you have time - you need a good test kit so you can assess the pool when it needs it not a couple days later, especially if your fighting algae.
The 2 key things are: read pool school and buy a good test kit.

That's the foundation to build on.

Yep, I have a test kit, just not the one recommended here. I test the Chlor and PH every evening. However, the CYA test that came with the package doesn't seem to record the info I need, that's why I had the pool store run the numbers. Since our swimming season is almost over, I will be better prepared next year with a good test kit. On a happy note, at least my water is still crystal clear, and the granbabies have been having a blast. 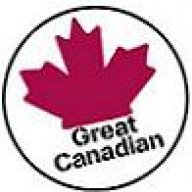 Couple of things.
Get the TF-100. Don't ask why, just do yourself (not me) a favor and get it.
2nd. Do not kid yourself about a small pool being easy to maintain. It requires the same attention as a large pool. And in some cases it can be more difficult. For example, an inch of splashout in your pool as opposed to an inch of splashout in a 54" deep pool will mean you will have lost a higher percentage of water volume. Therefore that will have a larger effect on CYA levels, salt levels (if you use salt), etc. after you refill. So a small pool still requires attention.

Your numbers look pretty decent there now, so now's the time to order that kit, get on top of things, and truly create yourself a trouble-free pool. And did I say order that kit?

I'm betting once you get the hang of this, you'll enjoy it, and the grandbabies will be swimming in a bigger pool next year!

Thank you for your comments. Ok, I will order the test kit! A bigger pool is always talked about here. Bigger responsibility though. Have all winter to decide. AG? AG half buried? Fencing. Omg
You must log in or register to reply here.
Share:
Facebook Reddit Pinterest Tumblr WhatsApp Email Link