I made a pool logger

I think its a bug since your CYA is so high. I dont have that on the scale. I'll fix it right now
R

OK for right now, since I do not have have a FC CYA chart that goes up to super high or even 0 (it goes from 20-100) if you are that out of range it will just say "Error: Your CYA level is way out of the recommended range. Cannot calculate FC recommendations." Unless someone can give me a super extended CYA/FC chart that goes from 0-200 or something.

Nevermind: just saw this Chlorine/CYA Chart I can extend the chart.
J

Finally had a chance to start using this logger. Looks good so far with the changes thats been made.
J

One thought.. Anyway to set it up so you can add the amount of chemicals you have added to the pool instead of adding a note. Would be nice to have a graph to show weekly or monthly amounts added of each chemical.
C

joshua5438 said:
One thought.. Anyway to set it up so you can add the amount of chemicals you have added to the pool instead of adding a note. Would be nice to have a graph to show weekly or monthly amounts added of each chemical.
Click to expand...

Interesting idea. Been thinking about how to make a more advanced note field when you input additions like this. I'll look into it. 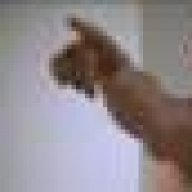 Added some warnings if your tests are overdue. if it is 2 days or greater with no FC or PH test it will give you a warning, or 7 days with the other weekly tests.

P.S. - Added a donate link on the about page - no obligation obviously. Thanks for testing!
A

Awesome! Yep, my dashboard is giving me a stern and well-deserved warning. Donation made!
C

Great work! Donation made as well. Keep it up. 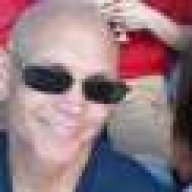 I sent you a request for the beta code

Ahh. I just did all of my tests. Pool logger is happy again.

RussellC said:
Added some warnings if your tests are overdue. if it is 2 days or greater with no FC or PH test it will give you a warning, or 7 days with the other weekly tests.

P.S. - Added a donate link on the about page - no obligation obviously. Thanks for testing!
Click to expand...

I finally made the cookie/session last a week. Let me know if it's still logging you out. Also, I'm going to be changing where it's hosted and getting SSL going here soon so if there is any downtime I will let you know.
F 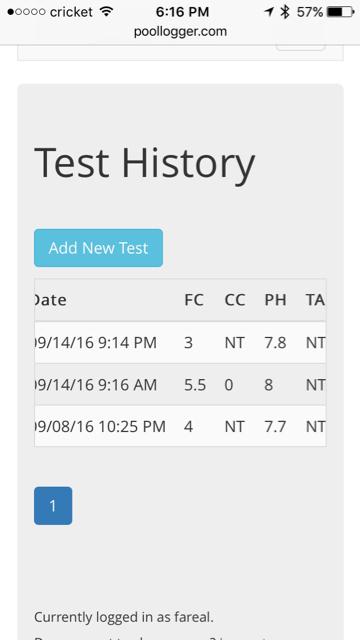 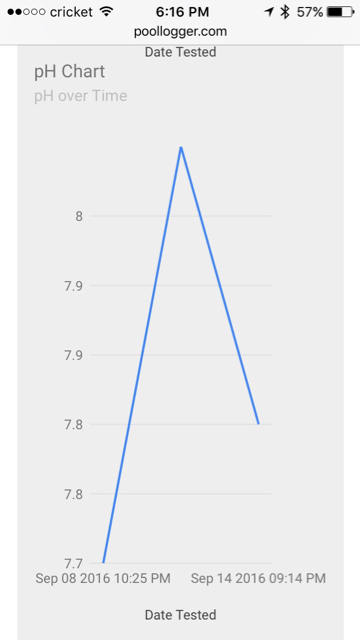 Sent you a PM
R

So, the problem isn't that the value is showing over 8, it's that the grid lines are doubled. it is showing 7.8, 7.9 and 8.0 two times each. I think its because I am using the beta google material charts (they look nicer) I am looking into it. I think once you get more data in there it wont do that but for now I need to figure out why it is. Thanks for finding that.

Edit: Yes I tested it with the older google charts and it works fine. Must be a bug. I may use a completely different chart library in the future soon anyways.
R

I was looking for suggestions on how to start integrating some more Pool calculation stuff. We have to think total beginner that knows nothing about this stuff. So I was thinking that most people do not know what their target numbers should be so this app would try to figure that out for you. Second. I don't want to suggest 20 different things to people. For example (to raise your FC back to target levels you could add X amount of 8.25% bleach or X amount of 10% liquid chlorine or X amount of 15% liquid chlorine, etc)

So I was thinking that you could put what you are currently using for your sources of chemicals in the settings and it will work off of that so it will will give you direct additions for what you are really using. Like someone could put in the options - strength of liquid chlorine, strength of MA, either liquid or granular stabilizer etc... and lets say your pH creeps up to 8.2 and you need to get it back down in range. The app would just just suggest to add X amount of (your strength) MA to get it down to 7.6. Once it creeps back up it makes the suggestion again. etc...

The only downside of this is that you would still have to use pool math if you wanted to say get your pH down to a 'known number' like 7.2 so you can lower your TA or something. But I was thinking that this app needs to be for anyone including the ones that want this to just tell them what numbers they should be at without having to know.

Any suggestions or ideas?
A

I think it's a great idea.

It takes some exposure to TFP before people start to realize that CYA and FC are interlinked. Before TFP I figured FC should be somewhere around 3-4 ppm. My kit didn't even have a way to test CYA. That's one of the most important first steps. From there it seems pretty easy work to display a recommended FC range based on CYA. I could imagine a scale from, say, 0 - 100 ppm with a green band stretching from the low to target FC for your reported CYA. You could indicate Target FC, Your FC, and SLAM FC. That would give a good visual for where your FC is compared to where it should be. Maybe add "SAFE TO SWIM" or "UNSAFE TO SWIM" based on where that FC is.

pH could be graphed in the same way, although it's not dependent on CYA.

In the settings section you could have users enter their usual strength MA and chlorine so you could automatically display recommended levels once they've entered their chemical readings.

This could be really helpful for people.
R

ooo the linear gauges are a great idea, that could almost replace the main dashboard table. you got me thinking...