Now, I can smell the gas, and it cycles through - when the heat light comes on I hear the "woomph" then nothing. It then cycles off and gives me the code.

Any and all help would be appreciated....I am ready to just throw in the towel!

Code IF is ignition failure. That usually means insufficient gas pressure. The most obvious possibility is that the gas line is still turned off from last winter.
G

Hi Jason, I checked all the gas lines, and they are fine. I made sure the gas lines were turned on at the tanks, and the heater. Plus I can smell gas when the heater cycles through. My husband cleaned the gas line and inspected that last night. Any other thoughts?

I was planning on replacing the Integrated Control Board next - 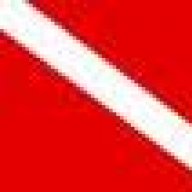 From your description it seems the unit is starting, but the Ignition control board does not sense the presence of a flame so it turns off the gas and throws the "IF" code.

Check the flame sensor and wiring before you replace the ICB.

PSG..can you tell me how to do that? Or send me a link showing me how to? Thanks so much!
P

See page 53 for the troubleshooting guide.
See page 44 for the flame sensor.

Hi PSG, found it and it looks good. The wiring looks fine - no nicks or cuts in the wires and everything looks secure. Now, a new issue - I went out to check everything and when I hit the breaker to turn on the heater (thinking that it might magically start and work!) and when I flipped the breaker --- it won't even power up at all! UGH !!! I am so frustrated! Any and all help would be greatly appreciated!!! I am just getting so frustrated with this heater!
R

Hi,
Did you ever find the problem? We are having the same exact issue with our Hayward H250. It was hard starting this season, but finally did. Our tank was filled prior to starting. Now it the heater tries to start , runs about 5 seconds then shuts down. This repeats for 2 more attempts then goes into IF mode. The pool guys were out here Sunday for 2 hours and could not figure this out . We had the same problem last fall and Hayward rep was here and replaced the ignitor.

Every time I have come across one of these with a CE error code, I have always had to replace the display board and the ICB. Along with the ICB comes a new air switch that must be used as well.

When I have replaced just the display board, I still would get the CE error. Now replace the ICB, error gone and unit works fine.
E

H400 natural gas heater that was throwing the IF code

I have an 18 month old H400 natural gas heater that was throwing the IF, ignition failure error code when we started the pool last week.
The local "pro" from a large installation and maintenence company that pulls the cover for us and gets the filter up and running told us that the keypad, the controller board and the motherboard needed to be replaced. All for the low price of $650. These things are very complex he explained.

Not being one to cough up that much dough without a fight I decided to take a look at it.

From the Hayward wiring diagram, It could be one of 4 things: igniter, flame sensor, low gas pressure or the control board

Time for some basic troubleshooting:

2. Is the igniter working? After running through one cycle and displaying the IF, I opened the circuit breaker and removed the igniter; it was still very hot to the touch. I reinstalled it.
Removing the top cover form the H400 to clean out leaves & small twigs that had accumulated I could see the heater core. I closed the circuit breaker to watch the ignition sequence through the heater core BEING CAREFUL NOT TO PUT MY FACE DIRECTLY OVER THE OPEN COVER, I could see the igniter glowing cherry red as it went through the 3 cycles. Yes the igniter was working but I could not see any open flames.

4. Is there enough gas pressure? I could get a whiff of gas during the ignition sequence but I had no idea if the pressure was correct or if the orifices were obstructed. I turned off the power and the main gas valve outside the unit. Disconnecting the gas pipe I removed the 4 screws that hold the orifice manifold in place. It came out easily.

Upon inspection, the orifice that is adjacent to the igniter was blocked with a spider web. See the attached pics. The orifice on the left is clear and the one on the right is blocked. I removed the orifice with a 7/16 wrench and cleaned it out with a bamboo skewer.

I reassembled everything, turned the gas on and checked all the joints for leaks with soapy water. Once I was satisfied that there were no gas leaks I closed the circuit breaker and the unit fired right up.

If you are not comfortable with working on gas lines get a plumber or a competent pool tech that you trust to check the gas orifices.

Re: H400 natural gas heater that was throwing the IF code


Engineering101 said:
I have an 18 month old H400 natural gas heater that was throwing the IF, ignition failure error code when we started the pool last week.
The local "pro" from a large installation and maintenence company that pulls the cover for us and gets the filter up and running told us that the keypad, the controller board and the motherboard needed to be replaced. All for the low price of $650. These things are very complex he explained.
...
Click to expand...

This is why people distrust service companies. I would make a point of telling the manager, district manager or some other high ranking official about your findings, and why they not only will not be receiving any more of your business, you will make it a point to spread the word about their dishonesty.

CE = Communication Error between Control Module and Display Interface Assembly
1. Disconnect and then re- connect power to heater.

Re: H400 natural gas heater that was throwing the IF code

I just encountered the same problem with my hayward H350 pool heater. I cleaned the office with a bamboo skewer, and removed some of the web. I decided to go a step further and removed the gas valve/regulator then blew out each of the offices with some compressed air. I was able to get more of the web out of the manifold, and the spider that was weaving the web came out with the blast of air. The tiny little spider gets into the manifold through the orifice and weaves his web in one or more orifices behind him. If you don't get the spider out of the manifold, he will repeat the process once you get everything put back together and you short cycle problem will repeat. Trust me, it happened within a year to me, after I just cleaned out the office.
T

Good information guys!! I am about to tackle this 1F error code this weekend. My pool guy kept telling me he thinks the gas pressure is too low. He said this even after my house was fitted with an industrial sized meter (biggest in the neighborhood) and 1.5" line running from the meter to the heater. I did have an issue with water in the line before these errors occurred. I corrected that. What should I look at first? Burners, orifices, internal regulator? Is there a chance of the water that was in my line getting into the heater? I know there is only 2 or 2.5 lbs of pressure. I didn't think that was enough pressure to push water from underground up into the heater..
J

BTW, removal of manifold not necessary, a ratcheting 7/16" box wrench works great. One partially clogged and another fully clogged. cranked up and works great so far.

Correct sized wire can also be used to unclog orifices without having to remove then.
T

BTW, removal of manifold not necessary, a ratcheting 7/16" box wrench works great. One partially clogged and another fully clogged. cranked up and works great so far.
Click to expand...

I am getting the same IF code on my H400 propane system. I checked the ignitor twice and it is glowing red and flame sensor rod was pretty clean but I cleaned it anyway. I can smell gas and I just had the tanks refilled so I'm thinking about cleaning out the orifices but can anyone give me better instructions on cleaning it without taking the whole pipeline out and the manifold? I need clear instructions.

Find a long piece of wire that fits the orifice and poke it into the orifice several times maybe wiggling it around a little, done.

E
Hayward H400idl works for a little bit, then A0 code