Algae does not result from a filtering problem. Algae is a chemistry problem.

jblizzle said:
Algae does not result from a filtering problem. Algae is a chemistry problem.
Click to expand...

Specifically a LACK of free Chlorine Chemistry problem. This is the only reason. Whether too little, or too little for your Cya level. 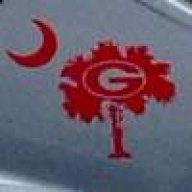 Must see for any 1st time pool owner or refresher course for yearly deep clean.
THANK YOU for making these Very informative videos, Parts 1 + 2. Best videos I found on the subject and I found a lot.
Please consider a 'prequel' showing how to remove intake and discharge arms and the multiport. Your Video begins with plugging the drain which assumes everyone has drained the water. Well, as a novice, I noted that my drain was already plugged so next step fill with water, hey mines full already so I started digging in with the hose...Anyway, I wasted a good bit of time at the start and figuring out how to open tank.﻿
Reactions: AndyPTx 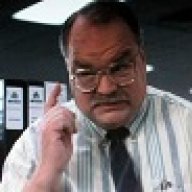 Thanks for the kind words.

I started the videos where I did out of laziness - it was the beginning of the season, everything was already disconnected, and at the end I was buttoning it all up for the start of the season.

Also, there was a bit of practicality as well....there are so many differeny models of sand filters, there was no way to cover all possibilities 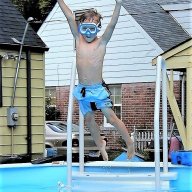 We've had our pool for 9 seasons and the previous owner 5 and I'm sure this was never done before. I did it the beginning of this season for the first time and was shocked how much crud came out of the filter. I did not know what I was doing at the time but I'm glad I read this post now. Great reminder to do it every year.
Great post and thanks.

I get that. Thanks for great videos!
J

I would like to add one very simple but VERY important piece of information about backwashing to your deep (or even normal) cleaning for sand filters. Unlike a DE filter (what I replaced) which requires backwashing "till it's clear," which is usually 20-60 seconds, a sand filter requires 3 to 5 minutes which seems like a LONG time and wastes a LOT of water but I'm here to tell you it makes all of the difference in the world! I went through a very long drawn out ordeal with cloudy water with my sand filter. Did everything with the chemistry, "backwashed" but did it only about 30 seconds at a time, replaced impeller (thought it was a pressure problem), replaced a motor (shorted a good motor when replacing the impeller), checked the backwash gaskets. I even emptied the pool completely and refilled after a few months only to have the same cloudy water with brand new fresh water!!!!!! All the pool guys said was to replace the sand but it was only 4 years old and it looked fine. I was going to just buy a cartridge filter to clear up my water but the pool guy said it's probably the sand. The day before I was going to pay someone $400 to replace the sand I figured, what the ****, I'll backwash it longer this time. I had studied the sand filter manual the night before and the 3 - 5 minute backwash time was the last thing I could try. I had never actually timed it before. Wow, the water drops a couple of inches after a 5 minute backwash! When I started the filter, the water actually looked a little clearer so I kept backwashing. I must have done 3 minute backwashes 4 or 5 times to get 4 years of fine powder out of my filter. I also did the hose deep cleaning. I'm so happy now. I saved myself $400 - $1000 dollars in repairs or new filter. I also truly understand the advantages of a sand filter. I even added a touch of DE to polish the water and make it crystal clear. I just wanted to add this because I had read through this thread and searched entire website (as well as others) and no one really states their backwash times. They just assume everyone knows. I'm here to tell you 3-5 minutes!!!
Reactions: sadohert and luv2teach 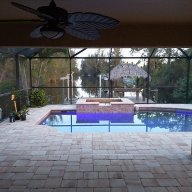 At times it's something basic that might be missed that everyone except the person with the problem takes for granted. The person who taught me how to take care of her pool didn't know or didn't remember to tell me to tun the pump off before changing positions with the multiport.

I was lucky and found out not to do that before I had a problem with it. It's like finding out you need to backwash longer I also wasn't told about putting the valve in "Rinse" for 15-20 seconds after a backwash before going back into service. In rinse it moves the water back into the sand but out the waste to trap or expell any residual dirt that is still suspended in the water inside the filter. If you go from "Backwash" straight to "Filter" then anything still floating around might end up getting blow out into the pool.
Same with always turning the multiport in the same direction. Some valves it's stated to do so in the manual while others it doesn't seem to make a difference to the manufacturer. It's to keep from damaging the spider gasket. I just got in the habit of always going clockwise as that is what works best for my Haywards layout and hopefully it will be easier on my spider gasket.

That was really what I wanted to know how sand filter works with six way valve, thanks for putting this thread and the videos.

kiss4afrog said:
I also wasn't told about putting the valve in "Rinse" for 15-20 seconds after a backwash before going back into service. In rinse it moves the water back into the sand but out the waste to trap or expell any residual dirt that is still suspended in the water inside the filter. If you go from "Backwash" straight to "Filter" then anything still floating around might end up getting blow out into the pool.
Click to expand...

When we bought our house the pool was in such bad shape we considered filling it in. \/ We instead rehired the company that had originally built it because they knew its history and we didn't know diddly-squat about pools. The guy did tell me to turn off the pump before and how long to backwash but not a word about rinsing. "You don't need to worry about any of these other settings" he said about the multi-port. And when it came time to close the pool for the season I was told to just put the cover on it to keep leaves out (our backyard is a forest) and keep running the pump on a timer a few hours each night to protect it from freezing. We are in SC and some here don't even cover their pools. (It may be too cold to swim but it's still nice to look at.)

Of course on opening the pool the next spring it was a green swamp and I was running back and forth to the pool store with water samples and spending lots of $$$ dumping in whatever chemicals they said I needed. And it went on and on and I had no idea what i was doing and even when the water was sparkling they always had a recommendation that I blindly followed because as a newbie I'd rather be safe than sorry. If they said I needed it I would just do it, my name should've been Nike. I was so frustrated by the process, I wanted to understand what I was doing and why. :uhh: I would ask ?'s but rarely got a satisfactory answer, mostly I was told not to worry about it. Not helpful.

Googling some of the terminology on the water test readout sheet given to me by the pool store I was directed to TFP and the BBB method in August of that 2nd year and I just started reading, and rereading trying to make sense of all the information as it was a bit overwhelming at first. But it started sinking in and over the winter I would ask ?'s and the folks here patiently answered and explained the things I missed.
This past spring I had another Green Swamp. But this time with the help of TFP I turned it into a Sparkling Oasis without the 'help' of the pool store.

I bought a Tf-100 testkit (A MUST HAVE) and everything else I was able to find at Wal-mart. I wish I had calculated what I spent the 1st 2 years, but no doubt it was many hundreds of $'s more than this year! 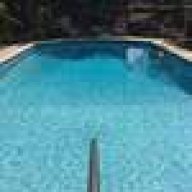 Removing a top mounted multi-port valve is a bit of a project. All of the pipes need to be disconnected. Often there are unions so you are able to do that fairly easily. If your system doesn't have unions, you will need to cut the pipes and install unions. Also, no do not remove the screws on top, instead loosen the collar and remove the entire multi-port assembly. The screws on top give you access to the spider gasket and the internals of the valve.
Reactions: Tenab

Thanks Jason. That's what I thought about the spider gasket and was hoping not to have to remove that part fearing I would mess up the spider gasket. I do have unions but it looks like their either glued on or have some type of silicone or caulk on them. Guess whoever installed it didn't think about future maintenance. Hopefully the hubby will feel confident enough to cut and reinstall the unions. Thanks loads. TFP to the rescue one again!
D

Awesome videos, thanks a lot! I'm actually getting excited about opening my pool.
D

Problem I got is when I back flush the sight bowl stays clear. Last year before i shut it down it was white for about three min.then it would clear. When I pumped my pool down could I have pumped out my sand. 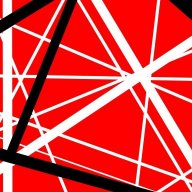 Is there a way to overflow the filter without pouring water all over the place? My filter is in a pool shed with wooden floors (and questionable electrical that I still need to sort out). I don't feel safe overflowing the filter onto the floor.

Use a ratchet strap and a dolly and move it to a suitable location within reach of the hose.

(Ratchet strap to keep the sand tank from falling/rolling off the dolly obviously.)

I wished I had stumbled across this prior to filling and tying in my system fully (hard-piped).

This is probably one of the best things I've come across on this site...and there has been some darn good help and great tips thus far.

"Assumption is the mother of all screw-ups...."

Goes well with "a little knowledge is a dangerous thing" and my fave "you don't know what you don't know". The tears, frustration and agony I have been spared since finding TFP are immeasurable!

Can this be done after the initial set up? I am absolutely positive this has never been done to our filter, and now I want to go do it! Can the filter be drained and then start doing the process you did?

You can do it anytime. It's a good maintenance procedure and depending on how attentive you are to your pool, once a year or every other is a good habit to get into.
Easier and cheaper than replacing it !!

G
Pool drain in deep end is cracked and sinking in and I'm freaking out! FIXED!