To sum up, both UV and hydrogen peroxide are effective oxidizers. But neither one leaves any residual sanitizer in the bulk pool water. Oxidizers break down organic waste, but it takes a sanitizer to kill pathogens. 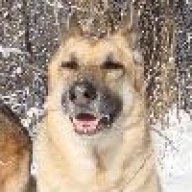 I happen to be browsing around and looking at a swim spa that I never heard of and they claim to use a chlorine free system: Third Paragraph.

Fortunately, a Diamond Spa user can just change over to chlorine and the installed UV can be used to get rid of the chloramines.
C

In the original Could Chlorine in your Pool be Affecting your Skin article you referred to it states:

The typical Chlorine level a pool or spa owner maintains is 1000% the level the EPA (Environmental Protection Agency) deems safe.

If Chlorine can shorten the life of your pool or spa components (regardless of composition) just think of what itâ€™s doing to your body.

Chlorine contains carcinogens (cancer causing agents) such as bromoforms carbon tectachloride and bischlorothane. Chlorine can combine with organic matter forming trihalomethanes. External exposure to Chlorine can cause your skin to prematurely age and has been known to cause acne, eczema, melanoma,and psoriasis. Breathing the chemical can damage lung tissue. Chemical contact to the eye can cause blindness.
Click to expand...

Why can't people just tell the truth and instead have to lie so blatantly (to be clear, I'm referring to the article, not the poster). As shown in the EPA list of Drinking Water Contaminants, the EPA drinking water limit for chlorine is 4 ppm. 1000% is 10 times so they are claiming that the typical chlorine level in a pool or spa is 40 ppm. Also, the drinking water limit presumes 2 quarts of water consumed every day for a lifetime.

The only real truth in that article is that chlorine forms disinfection by-products though does not itself "contain carcinogens" (it is some of the disinfection by-products that are carcinogenic) while hydrogen peroxide does not form such by-products.
You must log in or register to reply here.
Thread Status
Hello , This is an inactive thread. Any new postings here are unlikely to be seen or responded to by other members. You will get much more visibility by Starting A New Thread