I filled my 3k gal indoor Endless pool with a vinyl liner about 2 weeks ago and shocked it with bleach at about 10ppm until the chlorine slowly dissipated (about 1 week). It took be about a week to add calcium to it and a few days ago I brought the calcium from about 20 CH to about 150CH. Today I finally got around to installing the Nature2 sticks in the filter. When I opened the cartridge filter, the water inside was very cloudy and vibrant blue, like from a glacier. The only thing that I can come up with is that the liner got bleached from the chlorine, or the aggressive (low CH) water before I decided to balance that.

I’m not familiar with Nature2 - is it copper?
D

Nature2 is some sort of copper or silver, or both, but it wasn't present when the blue clouding occurred, so it was definitely not the source.

I"m more inclined to think it's new liner issue, a high chlorine issue, a low calcium issue, a cartridge filter issue, or some combination. I guess I'll know a little more the next time I open the filter, but that may be a long time, unless I do it just to check for this issue. 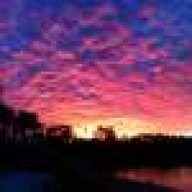 So the vibrant blue was only in your filter and not noticed in you pool? 10ppm of bleach is not what I would consider to be high and highly doubt chlorine bleaching of the liner was the source. I cant think of any reason why low calcium would cause it either. Do you have any CYA in the water?
C

Do you have any equipment not in your signature? A heater? If not, calcium is not needed. Vinyl liners don't have any calcium in them.

Is this a brand new pool or was it a liner replacement?
D

The cloudy vibrant blue is was only in the filter. The pool water is pristine. I don't have any CYA in my water yet, but I plan to add 20-30 ppm soon.

There is no heater in the pool water. The pool is heated with radiant pex lines embedded in the concrete slab below the pool. The pool is a 2nd hand pool which I uninstalled years ago and have now reinstalled with a new liner. Not exactly a "liner replacement" but that's pretty close. Could the cloudiness come from deterioration of the PVC lines? That's a little scary if it's true.

I put the calcium in the water because somewhere on TFP someone said that an aggressive calcium deficient pool water can even suck calcium through the liner and corrode metal; and also that the Ca hardness deteriorates the vinyl itself. I do have metal walls and cement bottom, behind the vinyl liner. Given the significant panel corrosion that I observed upon disassembly of the pool (which was 7 y.o. at the time), I'm anxious to prevent future problems. It's easier to put in some calcium than to have "aggressive" water. Lastly, if the water is that aggressive, I figure it would be harsher on people's bodies too.

Calcium hardness is one of the things that perplexes me the most (in a non-cementious pool). I can understand pH and alkalinity at a basic level, and Chlorine/sanitizer seems logical. Why is Ca the next thing to monitor? What about Mg, Cl, Na, O2, CO2, sulfates, etc. etc. There's a whole periodic table of elements that we could measure, but that seem to be irrelevant. So, I take it on blind faith that it the Ca that's the only other important one ... but now I'm wondering what my plutonium level is ...

Adding calcium seems mostly like it's all up side with no downside; though I normally don't like adding anything unless there is a convincing reason to, and the "aggressiveness" of low Ca hasn't really been explained sufficiently for me to understand it in the non-cementious environment, so I take it on faith. Maybe its just too technical and difficult to explain in layman's terms. I think of it kind of as the "other pH" (the one that I won't have to monitor once it's balanced in an SI sort of way).

Further thoughts on this would be much appreciated.

You did everything yourself, correct ? Being strictly in the filter it seems like it sucked something up. Like a 4 in 1 shock that the pool Store heavily favors. A lot of those have blue in the name somewhere and are dyed blue to convince the customer the water will be afterwards
J

Do you have a picture?
D

Yes I did everything myself and no, I didn't add anything other than clorox bleach. Unfortunately I don't have picture, I just dumped it down the drain. Copper, hmm. I don't know where that much copper would come from. I did have a #8 bonding wire hanging in the pool for the 10 days or so, but it shows no sign of corrosion on it, and 10 days seems like a pretty fast time for that much color to accumulate. It also doesn't explain the cloudiness of the color, like bluish milk almost but more gritty. Totally opaque.
Reactions: Newdude
D

Oh, I did go to Leslie's once or twice for supplies before I got my TFP testing kit. Their digital water test (which I don't really trust) found zero copper in the water for what it's worth.

dstutto said:
Oh, I did go to Leslie's once or twice for supplies before I got my TFP testing kit.
Click to expand...

What supplies did you get?

Can you pull the cartridge and show a picture?
N

dstutto said:
Yes I did everything myself and no, I didn't add anything other than clorox bleach
Click to expand...

Ok good. Just checking. if you had somebody do it for you, there's no telling what they may have pulled out and used.
J

I got some pH down and some calcium hardener. That's the only thing besides chlorine and baking soda that I've put into the pool. Those products went into the pool (about 1 week apart) and were perfectly clear. Oh wait, there is one more lesile product, a "Culator" and it sits in the scupper to collect metals, like copper, iron, etc.etc. Could that thing make all that couldiness, etc? When I pull it out to look at it, it shows no sign of bluishness or cloudy drainage. What do you think?
J

If the test found no metals in the water, why did they sell you the Culator?

Are you sure that there's no way that copper could have gotten into the water or filter?

A picture would help.

Maybe someone put Nature 2 in the filter originally? 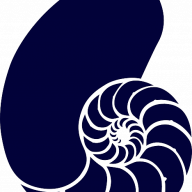 dstutto said:
I got some pH down and some calcium hardener. That's the only thing besides chlorine and baking soda that I've put into the pool. Those products went into the pool (about 1 week apart) and were perfectly clear. Oh wait, there is one more lesile product, a "Culator" and it sits in the scupper to collect metals, like copper, iron, etc.etc. Could that thing make all that couldiness, etc? When I pull it out to look at it, it shows no sign of bluishness or cloudy drainage. What do you think?
Click to expand...

If I had to guess I would suspect that the bag of “Culator” tore and your seeing the contents of it in your filter. It could have turned blue (which is what its supposed to do) from the copper leaching from the bonding wire you mentioned previously.

Learn about CuLator Metal Eliminator and Stain Preventer for Pools and Spas. The ONLY way to eliminate metals like iron, copper, and manganese from water.

A copper bond wire isn't going to add enough copper to do anything.

I would suspect that a mineral cartridge was originally installed in the cartridge filter from the beginning.

It wasn't from the Culator

Maybe someone added copper algaecide or there is an ionizer.
W

Perhaps you have some copper,brass,bronze fittings in the mix by your equipment pad. How about some equipment pad pictures and of the pool.
D

There is no ionizer and no copper algaecide. There was a nature2 in the filter 9 years ago when I bought it, but it was not installed when I started up the pool, and it was a new filter cartridge (so no residue there). The Culator bag is intact and quite firm. I have tried to squeeze it to drain some of the fluid, but it's like a rigid balloon, and I don't want to pop it.

I'd be shocked that there could be enough copper residue from the the original installation (which was dismantled and drained) to have the effect that was observed.

The reason I bought the Culator is because there was 1ppm of iron (according to Leslie's, and I have no independent way to confirm or deny this), so I wanted the iron removed, which it was when I went back to Leslie's for the second time, for what it's worth. Since rust is contagious and my pool if filled with stainless steel, I figure there's no harm in leaving the Culator in the basket to continue removing anything that may be leaching out. The Culator is capable of treating 25k gallons, and my pool is 3k, so I should be good with metals for quite a while.

As another thought regarding the old Nature2 I don't remember seeing the cloudy blue water when I dismantled the pool 9 years ago, but it's possible that I forgot. It was a long day.

It's a mystery. I could run it for another 10 days and check the filter, but now I have a Nature2 in there, and that will surely be the rationsle for the cloudy or blue water. I'm fine with cloudy blue water in my filter, as long as it's not clogging it, or getting into my pool, but it would be nice to know if it's normal or not. ...

If there were cloudy blue water in a sand or diatomatious filter, the owner would probably never know, because it would be expelled with the backwashing. Maybe it's just observable because it's a cartridge? I don't know how common cartridge's are in comparison to the other types of filters. Maybe they're only for small pools?

Thanks again. I really appreciate the ideas.
D

Sure. I'll snap a picture or two of the equipment pad, but I don't think there are any copper or brass fittings, unless they are buried in the the Pinnacle pump. The rest is PVC. There is a drain fitting that looks like brass (after the filter no less), but it is actually plastic.

Give me a few minutes to get the photos and upload, b/c I'm in the middle of making dinner for the fam.

R
Some questions about water hardness