The best way to setup the grill 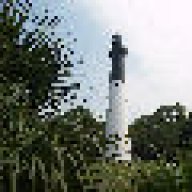 dd50 said:
Where do you buy lump charcoal?
Click to expand...

We use royal oak from Walmart and if you have a Kroger grocey store, we use the kroger brand.
D

SeanB said:
You can usually find it just about anywhere you buy regular briquettes. Grocers just don't usually carry much so it's not obvious.

Based on reviews at http://www.nakedwhiz.com/lump.htm, I'd say going with the Royal Oaks Lump, which can be found at Wal-Mart is a safe bet.
Click to expand...

Thank you, I will go check it out today.

We were at a family BBQ last summer, and things were taking a long time....anyway, the original briquettes were losing their heat, so my cousin's husbands put more in, added lighter fluid. All this while the food was cooking. I took one bite of the brat, it was disgusting...couldn't eat it. I waited till everyone was done, made sure the coals were "as they should be" (best I could do with supplies others brought) and made a few more hot dogs for me and the kids, claiming to "still be hungry".

The original batch of food had such a strong chemical and lighter fluid taste, I honestly don't know how the rest of the folk could eat it. Ick.

When I'm at home we use our Weber gas grill which I hate but it's convenience more than anything. Darn thing catches fire at least twice a year (and yes I do clean out the grease trap but it still catches fire, it sucks).

I never paid much attention to the different variety of charcoal available. This is interesting stuff.

I cooked with plain wood while we were camping. Made some amazing chicken skewers, they tasted the best I've ever made, probably because it was on real wood and not a gas grill or briquettes....

SeanB said:
You can usually find it just about anywhere you buy regular briquettes. Grocers just don't usually carry much so it's not obvious.

Based on reviews at http://www.nakedwhiz.com/lump.htm, I'd say going with the Royal Oaks Lump, which can be found at Wal-Mart is a safe bet.
Click to expand...

If you read throuigh the Naked Whiz reviews you'll find that many brands of lump are actually rebranded Royal Oak or Cowboy. Sometimes you can find pretty good deals on those "off-brands."

SeanB said:
The past 2 weeks with the new grill I have been using the wax and wood strike and light sticks. Two of those stuck in the coals lit up every time - cheap, easy and no mess. I used to have a chimney starter and found it to be a pain. I was using briquettes instead of lump at the time and that may have been the difference, but it never lit that easily. I'd either have to keep re-lighting or finally dump it in the grill and throw on some lighter fluid. I eventually threw it away. Again, that may have been because of the briquettes.

Sunday, I used my golf guru "golf club" starter, attached to a MAP bottle. I opened the vents, stuffed the lit club down in the coals for about 30 seconds in two places, closed the lid and 15 minutes later I was ready to cook. For my wife, I'm going to keep some of the starter sticks around, but the torch was a great way to do it. I recommend either.
Click to expand...

The cooking spray on the newspaper makes a big difference when using a chmney starter.