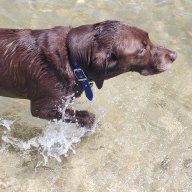 
hawkmoon7 said:
Yes... I had to get the TFP testing kit and follow the TFP protocol for SLAMing the pool. Took about 6 days. After the SLAM, the water turned a crystal quality it had never reached before. Something was living in there. It turned out I had a form of "clear algae". When I added the liquid chlorine, the TFP testing kit confirmed that none of it was free chlorine for long... it all became combined and then vanished. Before the SLAM I was at 100% on the SWCG for 12 hours a day with no detectable chlorine levels. After the SLAM, I keep it at 55% for 10 hours a day and the chlorine has held at 5ppm even in constant summer sun.

The 3 days took around 4 gallons of bleach a day. Then it dropped to 1 and then 1/2 for days 5 and 6. It seemed like way too much chlorine for a pool that looked pretty clear. But it solved the issue.
Click to expand...

Liner pool? Looks like I might have to slam.
Did you turn off the SWG? I'm worried about bleaching my liner so much chlorine.

If you have to run a SLAM Process, the liner will be fine. Be sure to use your TF-100 or Taylor K-2006C test kit to confirm your CYA first, then go to the FC/CYA Chart and find your proper SLAM FC level. It's best to leave the SWG off during the SLAM since they are not designed to elevate and maintain such a high FC level. Use liquid chlorine and/or regular bleach to increase the FC. Don't forget to lower the pH to about 7.2 before starting the SLAM. Good luck!
Reactions: Heavenlytunes
You must log in or register to reply here.
Thread Status
Hello , This is an inactive thread. Any new postings here are unlikely to be seen or responded to by other members. You will get much more visibility by Starting A New Thread

Unable to maintain Mustard level SLAM during the Daytime