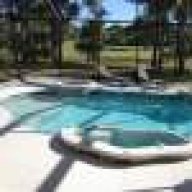 I have a 6 yr old Mastertemp 400 gas heater usually used in our inground pool to heat the spa but sometimes in mid winter for the pool (I'm in FL). When I turn it on, cycles ok, initially fires, then shuts off and all control board diagnostic LEDs on the board turn on solid and all touchpanel LEDs turn on with a display error code of 999. I've had other issues before that I diagnosed and fixed using the control board LEDs. This time with all the LEDs lit not sure what the problem is. This issue is not in the troubleshooting guide. I'm thinking it might be the control board but need some help to diagnose the issue before shelling out $350+ for a new board. I can do plug and play maintenance but I'm not an electronics genius. Thanks for any help you can provide.
J

Check the incoming voltage to see what it is.

Check the voltage selector plug to make sure that it matches the incoming voltage.

Look for signs of mouse infestation.

Note: Do NOT install the wrong voltage selector plug or you will damage the heater.
Last edited: Nov 16, 2020

JamesW, thank-you for your comments. The heater has been run for the past several years and currently has power (cycles through startup then errors out immediately after it tries to ignite), so I'm sure the voltage plug matches the voltage. The wiring looks mostly fine, just some slight corrosion on some of the spade connectors. No mice around the heater, just geckos. All control board LEDs lit after it errors out. If there was a short or bad connector I would think it would show specifically on the control board LEDs for that sensor/switch. It has for some of the sensors/switches that I was able to replace and get it working again in the past.
J

Check the actual voltage coming in.

Check the Fenwal for signs of damage or error lights.

Thank-you, I'll check the voltage, trace the wires and check the Fenwall today.

Took apart the case and checked the incoming voltage, 120v. Checked all wiring and it looked good. The Fenwall had no error lights or damage.

When I ran it this time I let it sit after all the LEDs lit. After about 2 minutes it reset, restarted and fired for about 20-30 seconds, shut down and error lights again and I let it repeat. After about 4 cycles it showed a HLS light for about 20 seconds before all LEDs lit, then after 2 minutes it restarted. Repeated that sequence several times. I just replaced the HLS and Thermal regulator back in July and everything worked fine. Maybe one or both were bad parts. I'll order new parts and see if that fixes the issue.
J

Is the 120 volt voltage selector installed?

Pull it out, check it to make sure that it is in good condition and then reinstall it.

Note: Do not install the wrong voltage selector plug or you will damage the heater.

Received the HLS today and installed it. Everything working fine now. There were just a lot of strange led error lights and display error codes to make the troubleshooting harder.
J