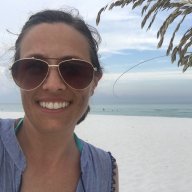 Short Version: I did read some posts here about mosquito larvae on a pool, but can’t tell if what I see is mosquito larvae. Any experts care to weigh in?

While I was gone I had my family run the pump a minimum of 6 hours a day, and on the second day I had them add 15 ounces of cal-hypo just to be sure my FC stayed good.

I got home today to thousands of things floating in the pool. Thousands. Some of what you see in the pics are bits of grass from the pasture behind me. We live on pasture land surrounded by cattle and hay fields. But some of what you see are bugs, and they aren’t dead bugs. They are hopping and skating.

I will definitely add cal-hypo tonight. Lots of it. (I know cal hypo isn’t what a lot of your recommend. I’m using up the last of what I already had, watching my CH levels, and planning to move to liquid bleach as soon as this bucket is gone, probably another two weeks at this rate.)

Are these mosquitos? Could they survive at 1.8 FC levels? If they aren’t mosquitos what in the world are they?

Also, any other advice about my disappearing CYA levels would be cool. I seem to have the most trouble with that.

I have video of the hopping, skating bugs, but apparently videos aren’t allowed here. I tried to screenshot some parts of the video and blow them up.

EDITED TO ADD: Maybe these are springtails? 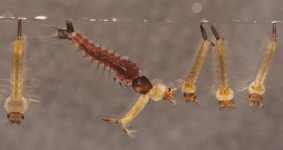 What you need to know to identify and control this pest.

www.growingproduce.com
https://www.bulwarkpestcontrol.com/wp-content/uploads/Springtails.jpg
Reactions: JessM
You must log in or register to reply here.
Thread Status
Hello , This is an inactive thread. Any new postings here are unlikely to be seen or responded to by other members. You will get much more visibility by Starting A New Thread

Slamming and the dead worms? Show up.

From green water to cloudy water

Testing and Balancing Your Water Thursday at 10:37 PM
beachhouse

Testing and Balancing Your Water May 15, 2022
proavia