JoyfulNoise said:
But, sadly, all that information and hard thinking takes too much effort for people in the pool industry to care about
Click to expand...

This is also why we need more TFP users at high positions in city, county, state, and national governments.
Reactions: Hal3 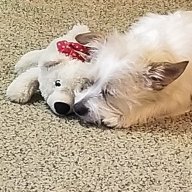 JoyfulNoise said:
Why?? Because all it takes is about 50-100ppb (that's parts per billion) of HOCl to completely sanitize water and make disease transmission very difficult.
Click to expand...

From a practical standpoint, pool owners just want to get rid of the algae. Pathogenic bacteria may be killed by low levels of oxidizer in pool water but what about algae?

I don't know but I would expect algae in water to tolerate much higher levels of oxidizer.

Hal3 said:
From a practical standpoint, pool owners just want to get rid of the algae
Click to expand...

Algae is harmless. There are lakes and rivers around the world full of it that people swim in all the time.

It’s the canary in the coal mine because you can see it. And if it’s alive, So is everything else you can’t see. Similar to the toxic gasses or lack of oxygen that killed the canary back in the day before fancy meters told the miners to get out.

Except for the fact it burns through chlorine quickly and leads to unsafe water?
Last edited: Sep 11, 2021

From a practical standpoint, pool owners just want to get rid of the algae. Pathogenic bacteria may be killed by low levels of oxidizer in pool water but what about algae?

I don't know but I would expect algae in water to tolerate much higher levels of oxidizer.

I would disagree with your comment that pool owners only care about algae. That's not really how water sanitation works. Standing water, or even water being constantly filtered, is always under the threat of growing bacteria and pathogenic organisms. Chlorine's first and foremost job is to disinfect water and make it sanitary to swim in. Algae, by and large, is nothing more than an aesthetic issue as it is a nuisance and not pathogenic. As others have pointed out, people swim in rivers, lakes and streams, and even go so far as to construct "natural swimming pools" (NSP's) where algae can be quite pronounced. There isn't a whole lot of data on chlorine and algae as research in this area is mostly geared towards growing algae in various environments as opposed to killing it, but what little data is out there suggests that most blue-green types of algae undergo chlorophyll bleaching when FC levels are around 1ppm (with no CYA). That results in cellular death but algae can be kept from reproducing with lower levels of chlorine once the total population is kept below a particular threshold. Algae reproduce with a doubling time of around 4-8 hours depending on the species and so once chlorine has effectively killed off the algae population, it can't really get a foothold unless the chlorine levels drop to near zero. By contrast, certain types of bacteria can double their colony sizes in 45mins to an hour making the presence of a fast sanitizer extremely important.

"Low chlorine" = "healthy" is a myth as is "Low Chlorine" = "less damage to equipment" or any other claim that "low chlorine" is somehow beneficial. Chlorine is a very effective and powerful sanitizer and, not to be too grandiose, chlorine is responsible for the health and well-being of modern society through its implementation as a water purification standard. When chlorine is used at the appropriate levels and in the correct manner, it's absolutely harmless to humans and hugely beneficial in the reduction of disease and disease transmission. Chlorine gets a bad rap precisely because it is misused and then the resulting bad effects are ascribed to it rather than the process that led to its misuse.

Obviously we can bat around the chlorine chemistry question all day so at the end of the day all that can be said is that it is your pool and your responsibility. You can make the pool as simple or as complicated as you like. All of the systems you have contemplated in your original post have been tried out before and they all create great complexity and cost simply because they are trying to achieve a "low chlorine" effect that is entirely unnecessary. TFP's method of pool care has worked on thousands and thousands of pool and is practiced by people from all walks of life. Automation to a certain extent is fine, but too much of it does the one thing that causes pools the most trouble - it removes the pool owner from the pool care process. The further you push away the details of pool care and try to get "something else to deal with it" (ie, probes and automation), you open the door for problems to creep in that you would otherwise detect very quickly when you are intimately involved in the pool care process. Automation should make tasks simpler to perform but the key is you are still performing the task yourself and not expecting someone else or some machine to do it for you.
Reactions: MSchutzer, onBalance, reggiehammond and 7 others

JoyfulNoise said:
What you find in those studies (there are European studies and one that was done by the Wisconsin public health department ... who the heck swims in a pool in Wisconsin???)
Click to expand...

JoyfulNoise said:
I would disagree with your comment that pool owners only care about algae.
Click to expand...

My comment was somewhat hyperbolic to be sure! Pool owners should care about sanitation primarily and appearance as a secondary objective.

In any case, I do appreciate your informed and thoughtful comments.

Testing and Balancing Your Water May 6, 2021
red-beard